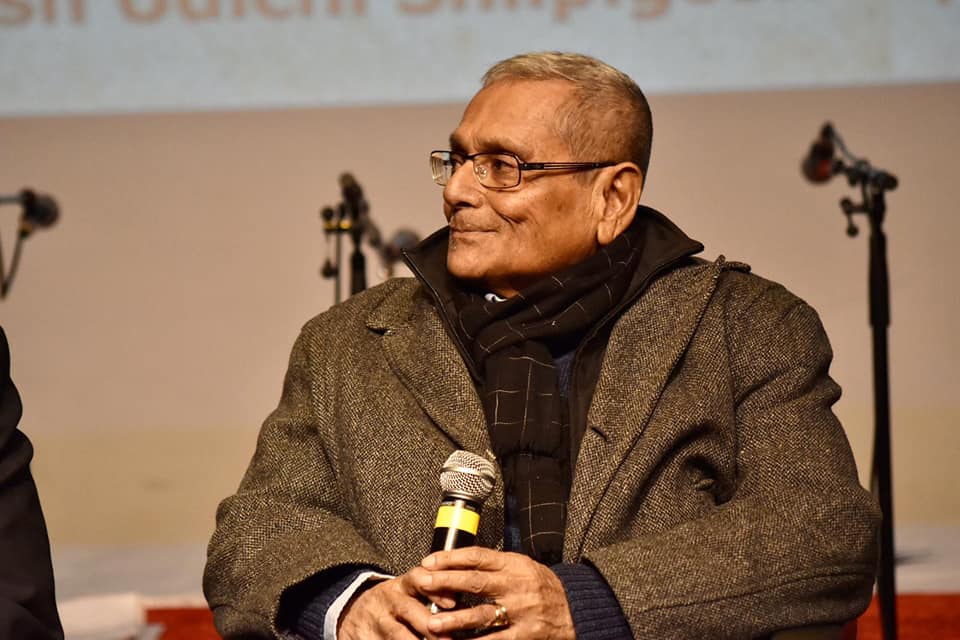 26th January 2020 has brought to us the delightful news that Paris-based legendary researcher, author, musicologist, grandson of illustrious revolutionary Jatindranath Mukherjee alias ‘Bagha Jatin’ and respected member of Overman Foundation, Dr. Prithwindra Mukherjee has been conferred with the prestigious ‘Padma Shri’ for his contribution in the field of literature and education.

Born on 20th October 1936 to Tejendranath and Usha Mukherjee, Dr. Prithwindra Mukherjee is the grandson of the famous revolutionary Jatindranath Mukherjee alias Bagha Jatin. He came to Sri Aurobindo Ashram in 1948, studied and taught at Sri Aurobindo International Centre of Education. He was mentioned by the Sahitya Akademi manuals and anthologies as a poet before he attained the age of twenty. He has translated the works of French authors like Albert Camus, Saint-John Perse and René Char for Bengali readers, and eminent Bengali authors into French. He shifted to Paris with a French Government Scholarship in 1966. He defended a thesis on Sri Aurobindo at Sorbonne. He served as a lecturer in two Paris faculties, a producer on Indian culture and music for Radio France and was also a freelance journalist for the Indian and French press. His thesis for PhD which studied the pre-Gandhian phase of India’s struggle for freedom was supervised by Raymond Aron in Paris University. In 1977 he was invited by the National Archives of India as a guest of the Historical Records Commission. He presented a paper on ‘Jatindranath Mukherjee and the Indo-German Conspiracy’ and his contribution on this area has been recognized by eminent educationists. A number of his papers on this subject have been translated into major Indian languages. He went to the United States of America as a Fullbright scholar and discovered scores of files covering the Indian revolutionaries in the Wilson Papers. In 1981 he joined the French National Centre of Scientific Research. He was also a founder-member of the French Literary Translators’ Association. In 2003 he retired as a researcher in Human and Social Sciences Department of French National Centre of Scientific Research in Paris. A recipient of ‘Sri Aurobindo Puraskar’, in the same year he was invited by Berlin Philharmonic Orchestra for the world premiere of Correspondances, opus for voice and orchestra where the veteran composer Henri Dutilleux had set to music Prithwindra’s French poem on Shiva Nataraja, followed by texts by Solzhenitsyn, Rilke and Van Gogh. In 2009 he was appointed to the rank of chevalier (Knight) of the Order of Arts and Letters by the Minister of Culture of France. In June 2014, he received from the French Academy (Inscriptions et Belles-Lettres) the 2014 Hirayama Award for his long career as an author, especially for his French Thesis on the pre-Gandhian phase (1893-1918) of India’s freedom movement. On 1st January 2015, the Prime Minister of France appointed him Chevalier in the Ordre des Palmes Academques.

We take the opportunity to congratulate Dr. Prithwindra Mukherjee for being conferred with the prestigious ‘Padma Shri’.

14 Replies to “Dr. Prithwindra Mukherjee conferred with the ‘Padma Shri’ by the Government of India”