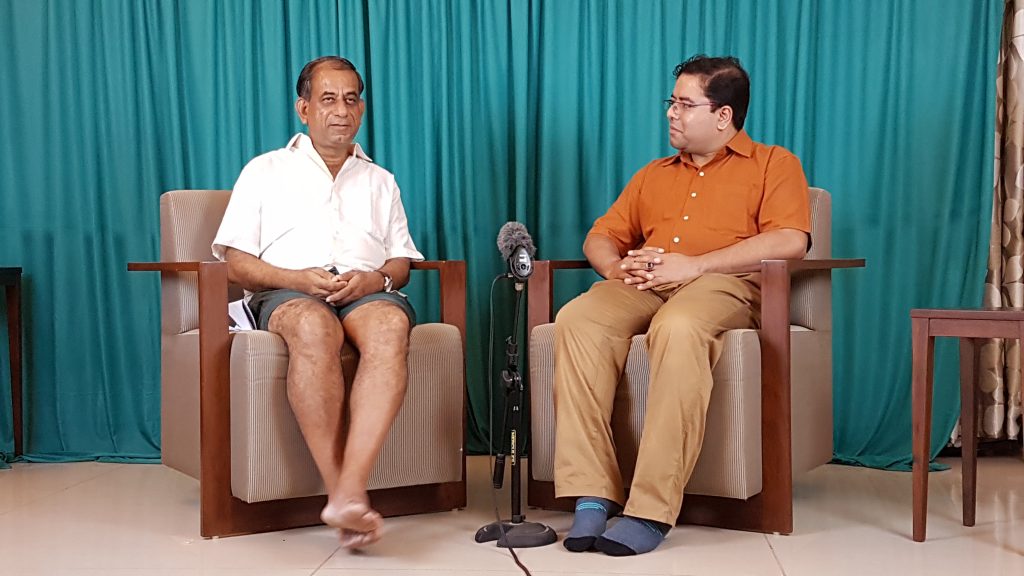 Speaker: Born on 19 June 1960 to Harish Chandra Pandey, Dr. Alok Pandey obtained his degree of MBBS, MD (Psychiatry) from AFMC, Pune. He is a former Associate Professor in Psychiatry at Institute of Space and Aviation Medicine, Bangalore, where he taught from 1993 to 1995. From 2007 to 2010, he was associated as an Associate Professor in Psychiatry at Pondicherry Institute of Medical Sciences, Pondicherry. Having retired as the Wing Commander from the Indian Air Force, he joined the Sri Aurobindo Ashram in Pondicherry as an inmate. He is presently associated with the Sri Aurobindo International Institute of Integral Health and Research, Pondicherry, an institute dedicated to the work and vision of Sri Aurobindo in the field of health. He is the editor of NAMAH, a journal dedicated to the cause of an integral approach to psychology, health and medicine, since its inception in April 1993. Author of books like Death, Dying and Beyond, Patients at the Crossroads and Veda of the Body, his articles have been published in various reputed journals. An eloquent speaker, he has conducted workshops in India and abroad on yoga, education, health and psychology.

Theme: Why do Bad Things Happen to Good People? 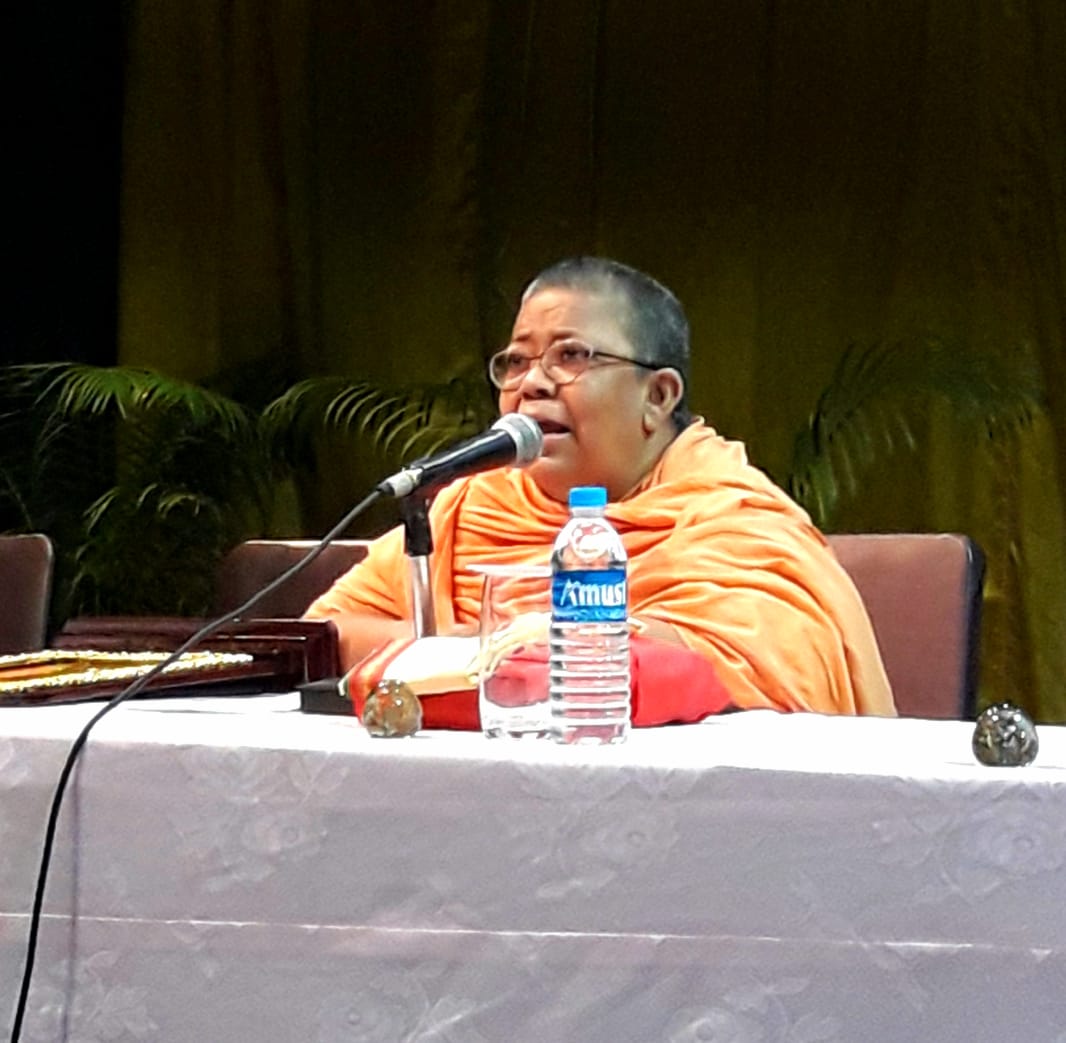 Theme: The Spiritual Duties of a Householder 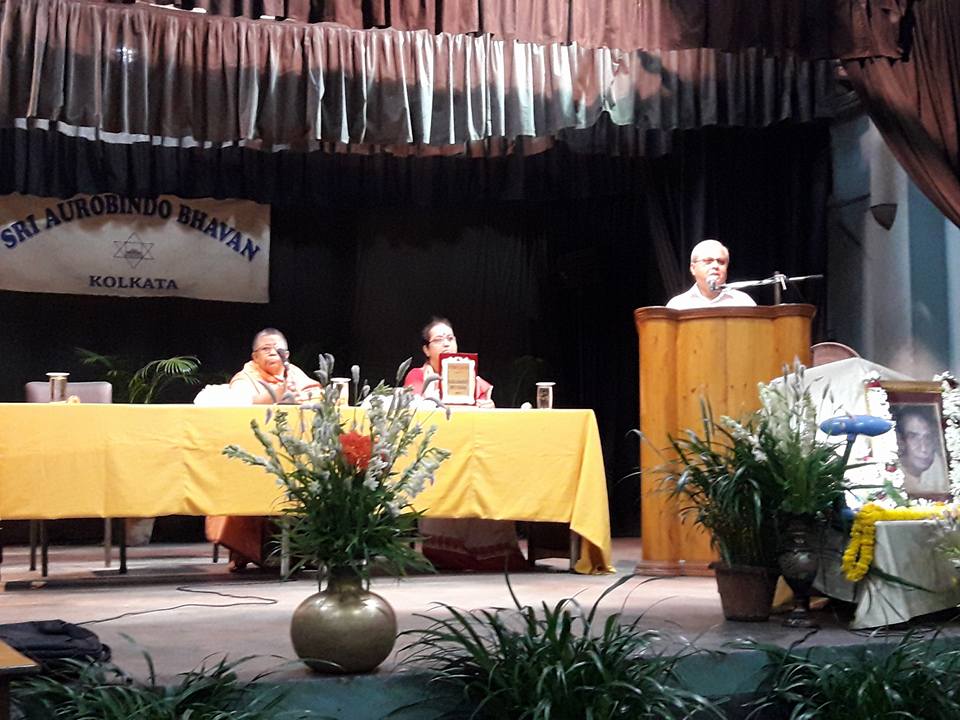 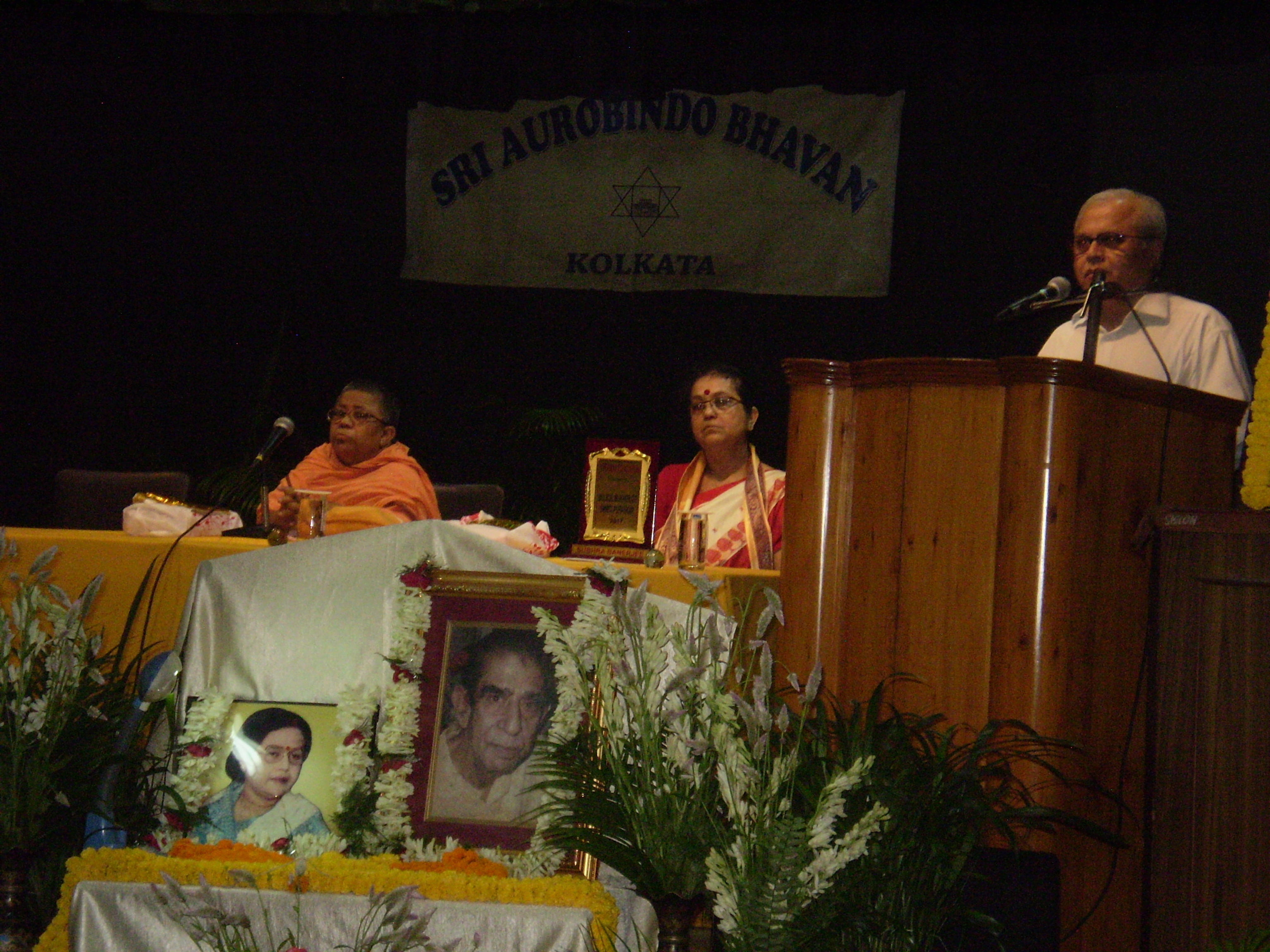 Theme of Oration: Sri Aurobindo and the Mother on the Problems of Youth 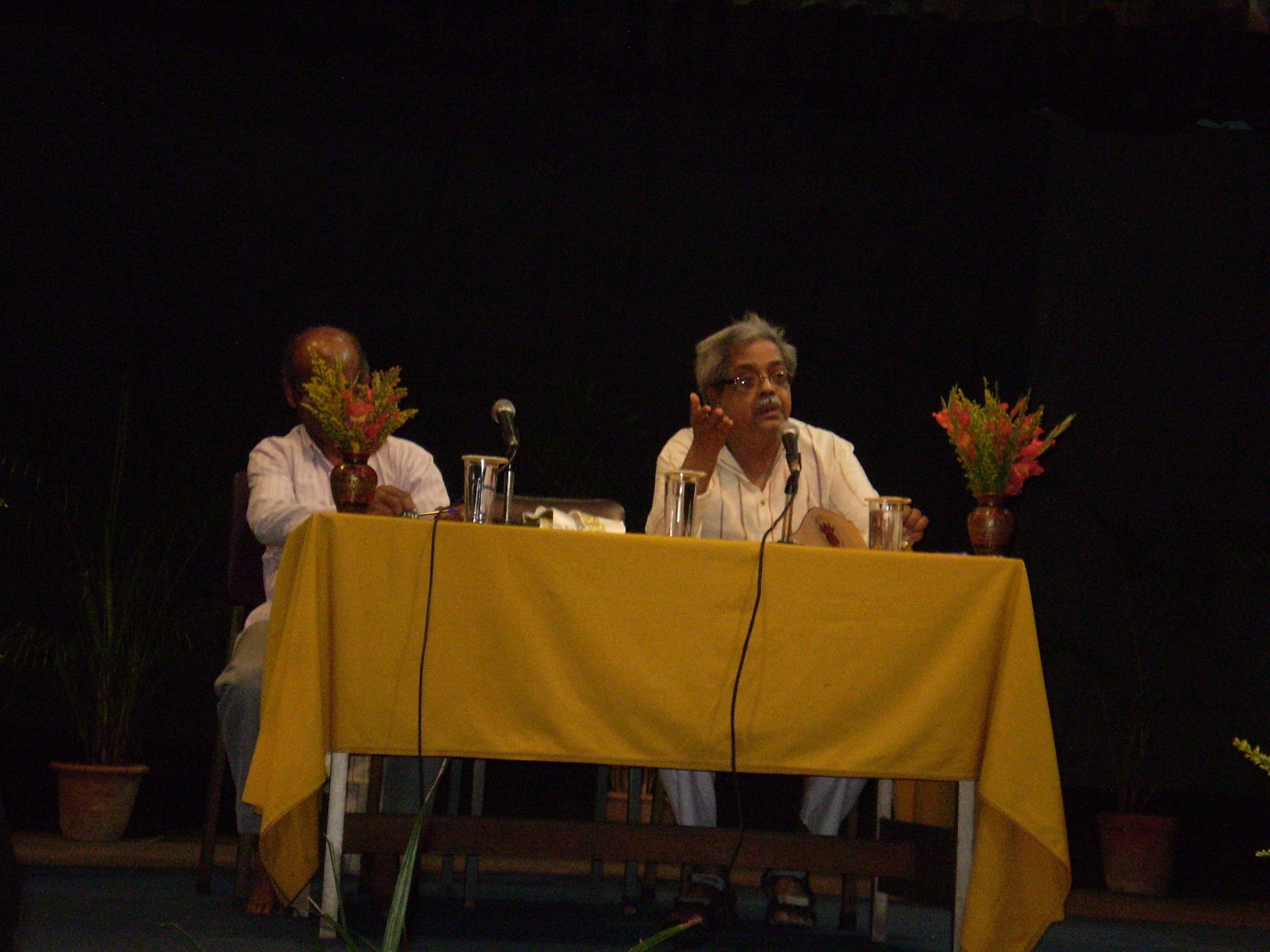 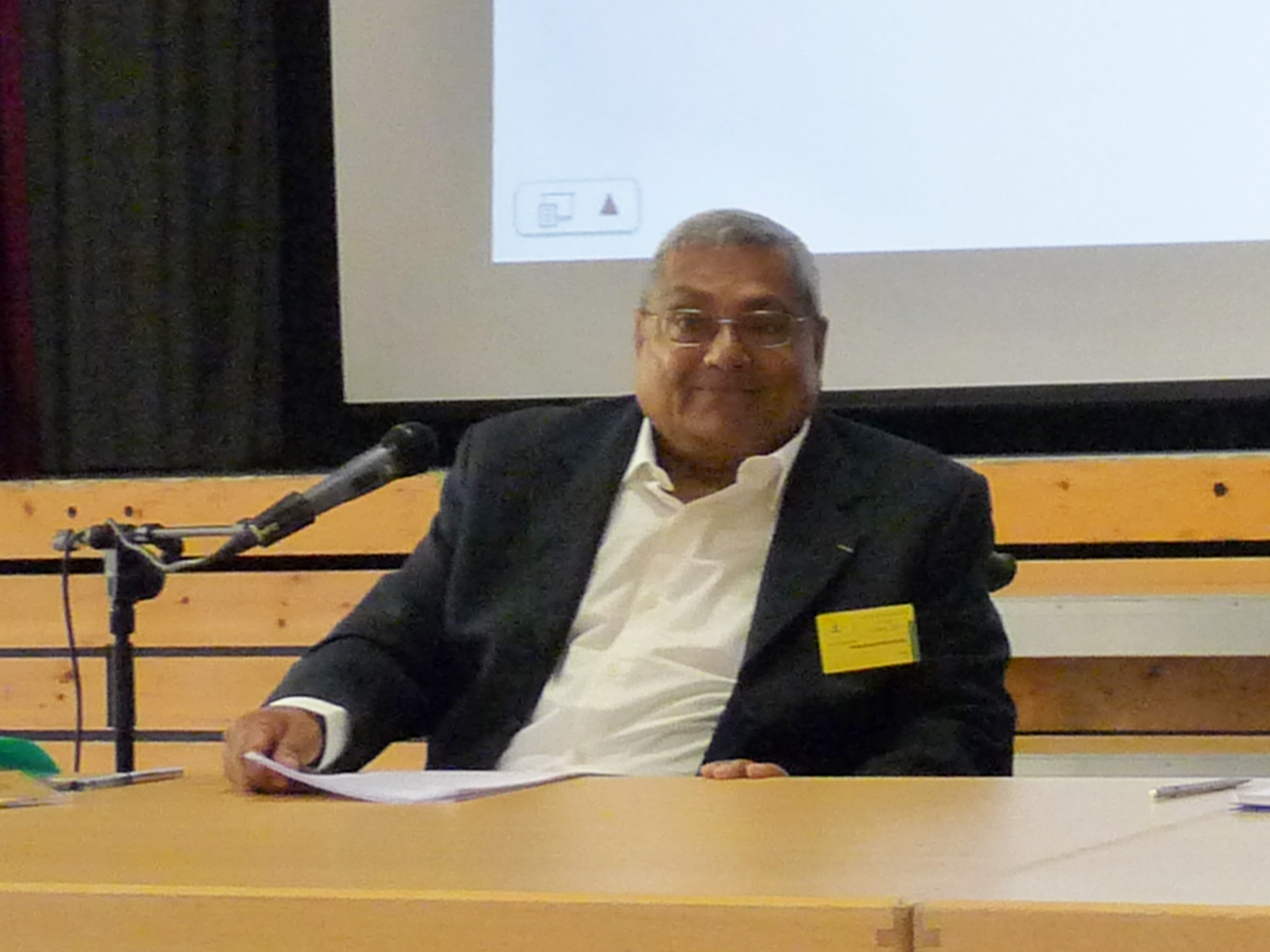 Speaker: Born on 20 October 1936 Dr. Prithwindra Mukherjee is the grandson of the famous revolutionary Jatindranath Mukherjee alias Bagha Jatin. He came to Sri Aurobindo Ashram in 1948, studied and taught at Sri Aurobindo International Centre of Education. He was mentioned by the Sahitya Akademi manuals and anthologies as a poet before he attained the age of twenty. He has translated the works of French authors like Albert Camus, Saint-John Perse and René Char for Bengali readers, and eminent Bengali authors into French. He shifted to Paris with a French Government Scholarship in 1966. He defended a thesis on Sri Aurobindo at Sorbonne. He served as a lecturer in two Paris faculties, a producer on Indian culture and music for Radio France and was also a freelance journalist for the Indian and French press. His thesis for PhD which studied the pre-Gandhian phase of India’s struggle for freedom was supervised by Raymond Aron in Paris University. In 1977 he was invited by the National Archives of India as a guest of the Historical Records Commission. He presented a paper on ‘Jatindranath Mukherjee and the Indo-German Conspiracy’ and his contribution on this area has been recognized by eminent educationists. A number of his papers on this subject have been translated into major Indian languages. He went to the United States of America as a Fullbright scholar and discovered scores of files covering the Indian revolutionaries in the Wilson Papers. In 1981 he joined the French National Centre of Scientific Research. He was also a founder-member of the French Literary Translators’ Association. In 2003 he retired as a researcher in Human and Social Sciences Department of French National Centre of Scientific Research in Paris. A recipient of ‘Sri Aurobindo Puraskar’, in the same year he was invited by Berlin Philharmonic Orchestra for the world premiere of Correspondances, opus for voice and orchestra where the veteran composer Henri Dutilleux had set to music Prithwindra’s French poem on Shiva Nataraja, followed by texts by Solzhenitsyn, Rilke and Van Gogh. In 2009 he was appointed to the rank of chevalier (Knight) of the Order of Arts and Letters by the Minister of Culture of France. He has penned books in English, Bengali and French and some of his published works include Samasamayiker Chokhe Sri Aurobindo, Pondicherryer Dinguli, Bagha Jatin, Sadhak-Biplobi Jatindranath, Undying Courage, Vishwer Chokhe Rabindranath, Thât/Mélakartâ: The Fundamental Scales in Indian Music of the North and the South (foreworded by Pandit Ravi Shankar), Poèmes du Bangladesh, Serpent de flammes, Le sâmkhya, Les écrits bengalis de Sri Aurobindo, Chants bâuls, les Fous de l’Absolu, Anthologie de la poésie bengalie and Les racines intellectuelles du movement d’independence de l’Inde (1893-1918) ending up with Sri Aurobindo, “the last of the Prophets”. 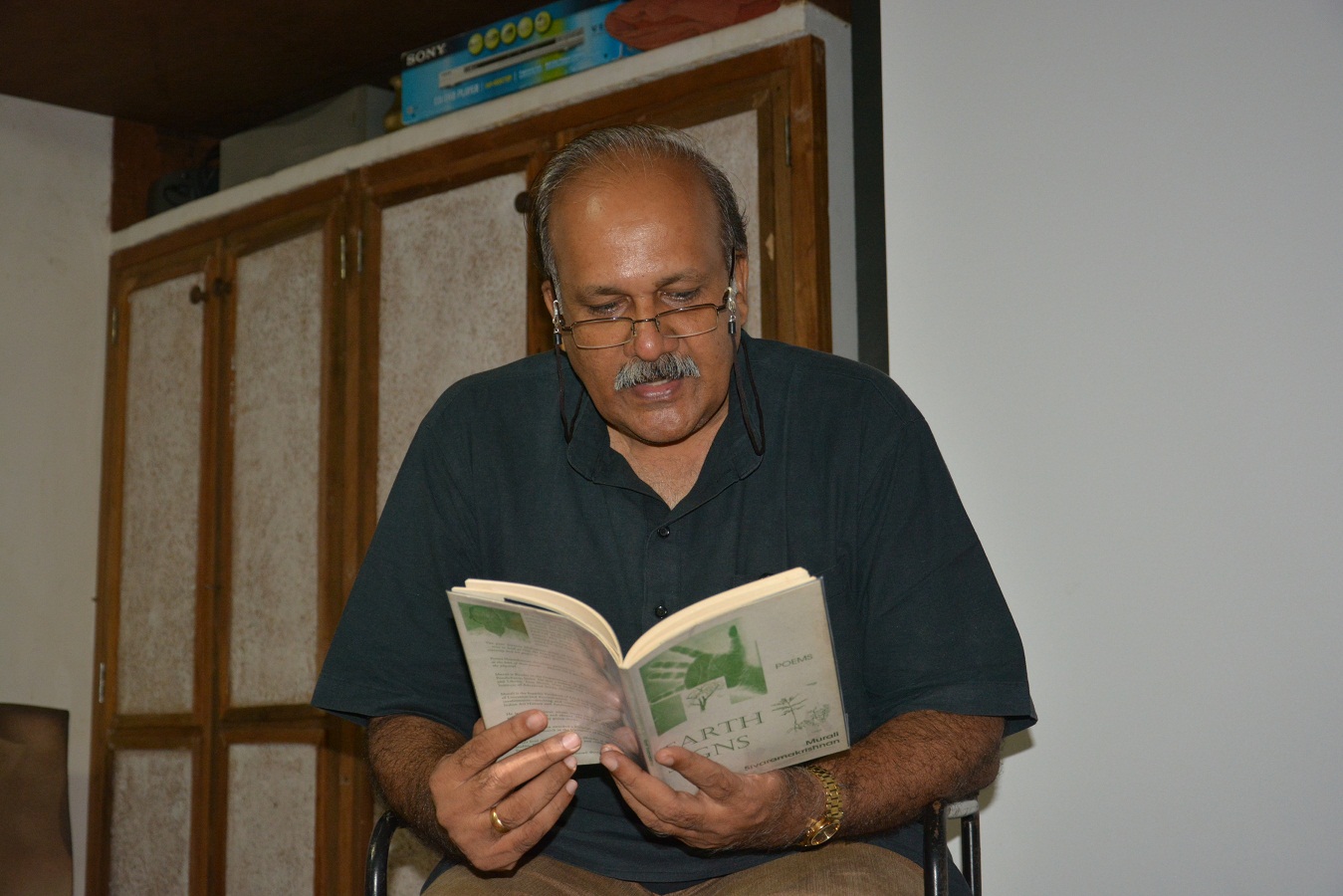 Speaker: Dr. Murali Sivaramakrishnan is a poet, painter, critic and Professor and Head of the Department of English, Pondicherry University. He is the author of The Mantra of Vision: An Overview of Sri Aurobindo’s Aesthetics (1997) and a number of critical essays and four volumes of poetry — Night Heron (1998); Conversations with Children (2005); Earth Signs (2006); The East-Facing Shop and other Poems (2010). His poems have been noted for their genuineness of feeling and sensitivity to form. He is the founder President of ASLE India (Association for the Study of Literature and Environment). He has travelled widely and participated in several conferences and workshops within the country and abroad. Dr. Murali has held more than 14 solo exhibitions of his works in India and abroad. Dr. Murali’s work—a sculpture (cast in fibre) of Prof C. D. Narasimhaiah—adorns the conference hall of Dhvanyaloka, Centre for Indigenous Arts, Mysore. He has authored over 100 research papers and his academic publications include: Figuring the Female: Women’s Discourse, Art and Literature (2005) co-edited; Tradition and Terrain: Aesthetic Continuities (2005) co-edited; Nature and Human Nature: Literature, Ecology, Meaning (2008); Learning to Think like Myself (2010); Ecological Criticism for the Present: Literature, Nature and the Critical Inquiry (co-edited) (2011), Image and Culture: The Dynamics of Literary, Aesthetic and Cultural Representation (2011).

Theme : The Strength of Stillness: The Relevance of Sri Aurobindo