On Saturday, 9 January 2016, Bokul Sarkar, the youngest daughter of Shanti and Nolini Kanta Sarkar left her physical body at the age of eighty. Nolini Kanta Sarkar (28 September 1889—18 May 1984) was a reputed writer, journalist, singer of humourous songs (including parodies) and editor of noted magazines of the bygone era like Bijoli and Betar Jagat (the fortnightly journal of Indian State Broadcasting Service). A dear friend of Dilip Kumar Roy and Kazi Nazrul Islam and a close associate of Barindra Kumar Ghosh (noted revolutionary and Sri Aurobindo’s youngest brother) he visited Pondicherry to meet Sri Aurobindo in March 1921 and stayed with him in his residence at 41 François Martin Street, better known as the ‘Guest House’. He visited Pondicherry again in February 1930 for the Darshan of the Mother and Sri Aurobindo. After his retirement in 1944 he wrote to Nolini Kanta Gupta, the Secretary of Sri Aurobindo Ashram, seeking permission from the Mother to join the Ashram with his family as permanent inmates. When the Mother inquired from Sri Aurobindo about his identity, Sri Aurobindo replied: “He is my old disciple.” The Mother then asked Nolini Kanta Sarkar to wait for four more years.

Nolini Kanta visited Pondicherry a couple of times between November 1944 and August 1947. As a result of Dilip Kumar Roy’s efforts, he along with his wife Shanti and two daughters Gitika and Bokul were accepted by the Mother as permanent inmates of the Ashram. They left Kolkata on 16 February 1948 and arrived at Pondicherry for good on the 19th. He worked in the Bengali section of the Ashram Press and also taught Bengali to the students of the Higher Course of Sri Aurobindo International Centre of Education.

Bokul Sarkar was born on 19 April 1935. The early years of her life were spent in the company of reputed poets and playwrights of Bengal who, being Nolini Kanta’s friends, showered infinite love and affection on her and Gitika, her elder sister. She visited Sri Aurobindo Ashram for the first time with her father and Gitika in April 1946. After completing her education from the Ashram School she worked in the Bengali Section of Sri Aurobindo Ashram Library for several years until ill-health compelled her to retire.

Bokul was a darling of Sahana Devi and Dilip Kumar Roy who were extremely fond of her melodious and soul-capturing voice. She learnt music from both the maestros and was one of those few capable singers who could render Dilip Kumar Roy’s songs keeping his unique style intact. Bestowed with a nature that was as sweet as honey, she had a grandmotherly affection and concern for one and all. She loved to cook and feed people and one could not help but marvel at her culinary skills. She was a hesitant speaker since she was a shy person by nature; but as soon as she overcame the initial inhibitions she would turn out to be a delightful conversationalist who shared with us memories of the bygone eras with so much precision that talking to her was as good as reading a book. Yet she was one of those rare individuals who never criticized anyone. But what stood apart as the most noteworthy trait of her personality was her inner strength with which she dealt with the dreaded disease of throat cancer which compelled her to cease singing. She knew that death was approaching but was never afraid of it. The only thing she was afraid of was the possibility of physical immobility and helplessness. She wanted to leave her body without any pain and suffering. And her wish was fulfilled.

On Saturday, 9 January 2016, Bokul went to the washroom where she puked blood and passed on to the Beyond. The end came at around 7 in the morning. She left quietly just as she had lived.

Yet she continues to live—in the hearts of those who loved her and whom she loved—for it is impossible to eradicate the fragrance of her existence from our inner selves. 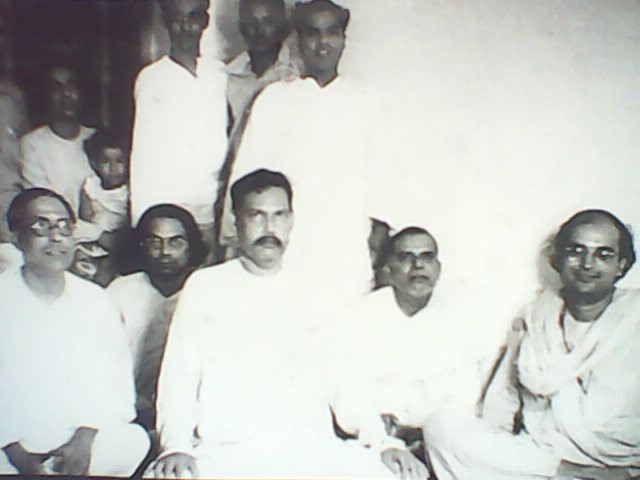 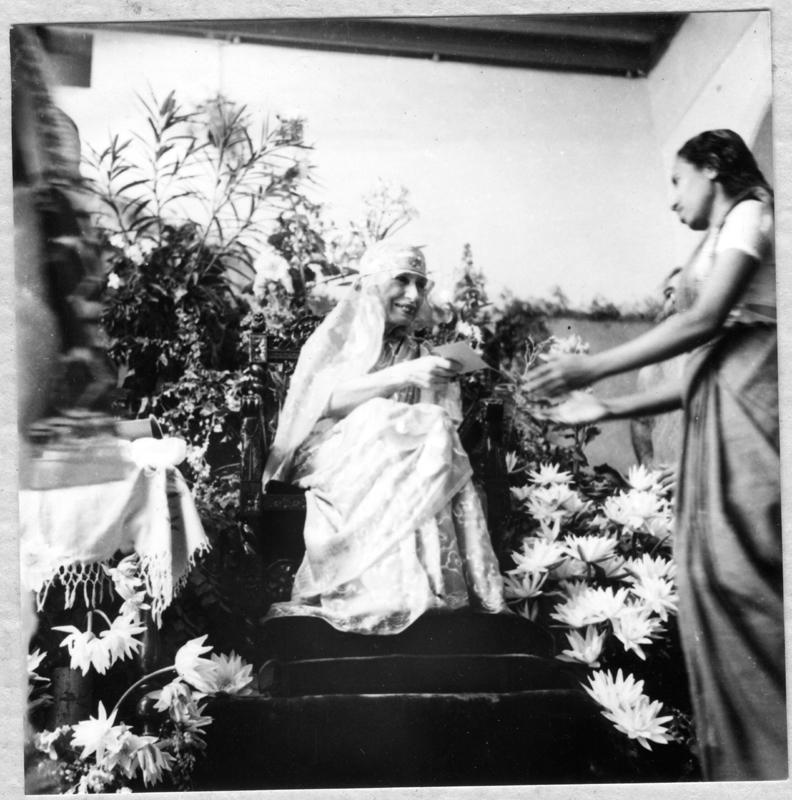 The Mother with Bokul Sarkar 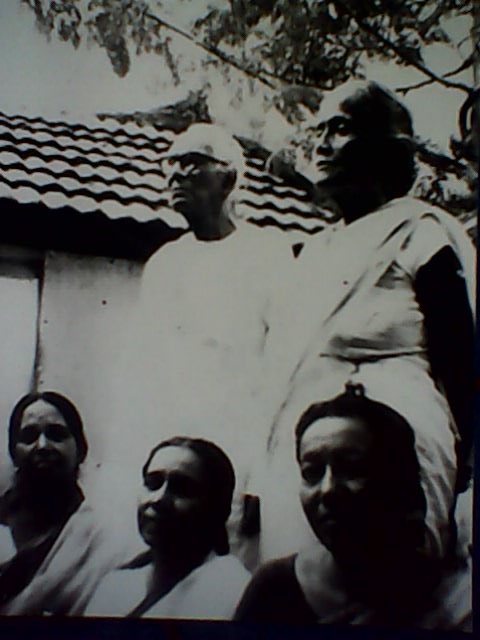 Nolini Kanta with Sahana Devi; seated in front his daughters Gitika and Bokul.

2 Replies to “Bokul Sarkar: In Memoriam”