On Friday, 31 August 2012, well-known author and Aurovilian Georges Van Vrekhem passed away in Auroville at the age of seventy-seven. With his death, the Aurobindonian community has lost another bright jewel.

As a mark of our tribute to him, we are publishing an obituary of Mr. Vrekhem penned by Carel along with some of his photographs in the forum of Overman Foundation. This tribute was originally published in the September 2012 issue of Auroville Today. We are thankful to Carel for allowing us to republish it.

On the afternoon of August 31, well-known author and lecturer Georges Van Vrekhem left his body following a cardiac arrest. He was 77. Georges had been fighting coronary arterial disease for over 20 years.

Georges first came to the Sri Aurobindo Ashram in 1970, after having been a well-known poet and having had a successful career as playwright and artistic adviser of the Dutch Theatre Company of Ghent, in Flemish-speaking Belgium. The ‘roots’ of his writing, he said, produced their first shoots at 14 when he ‘spontaneously’ started writing poetry. This led in the late 1950s and 60s to the publication of three volumes of poetry and a number of poems in various magazines. He also wrote nine original plays, translated and adapted a number of plays of other authors and wrote essays and articles. His literary talents were acknowledged when he was awarded the 1965 Prize for Literature by the City of Ghent.

In that period Georges read a staggering amount of books in Dutch, German, French and English. One of the authors was Satprem whose Sri Aurobindo or the Adventure of Consciousness ignited a spark. “This is what I had been looking for,” he said afterwards. But it took some time for the spark to become a flame. Georges’ reading, writing and theatre work were complemented by a regular immersion in the bustling nightlife of Ghent – he knew all the pubs, he said afterwards – to ‘interact and discuss issues with the artistic society of Ghent’. Then, in 1970, after a brief stint as tour guide, this life ended when he moved to a small room in the Rue Suffren in Pondicherry and joined the Sri Aurobindo Ashram. As he later wrote in a poem, “One day I broke through an inner wall and found a fire within, and the power of that fire has gradually conjured me to another continent.” The Mother gave him the name Matriprasad (meaning ‘Blessing of The Mother’ or ‘Offering to The Mother’) which he however never used. He started teaching at the Ashram school and, because of his proficient language skills, also became one of the secretaries of the Sri Aurobindo Society, in charge with international relations for their project Auroville.

Yoka and I met him in 1976, during our first visit to the Sri Aurobindo Ashram. Georges had stopped working for the Society, had started practicing astrology and was translating Satprem’s triology The Mother into Dutch. Could we find a publisher, he asked? But the publisher deemed the investment too risky. This led to the creation of Stichting Aurofonds, a Dutch Foundation that aims at supporting Auroville and at publishing books from and on Sri Aurobindo and The Mother in Dutch and other languages. With the help of this foundation the trilogy was eventually published. Over the years, Stichting Aurofonds remained instrumental in helping to publish Georges’ books.

In 1978, five years after the passing of The Mother, Georges packed all his belongings on a bullock cart, left the Ashram and joined Auroville, settling in a small hut in the Aspiration community and starting teaching at Last School. The times were hard; there were the fights with the Sri Aurobindo Society and L’Agenda de Mère (Mother’s Agenda) had just started to appear. Initially enthusiastic, Georges aimed at translating all the 13 volumes of L’Agenda into Dutch. But after an extremely painful fall-out with Satprem this project was shelved, never to be taken up again. Instead, he translated Rajagopalachari’s abbreviated version of the Ramayana into Dutch, which was followed by the Mahabharata.

These books came at a high personal cost. In 1997, Georges suffered a heart attack, was admitted to JIPMER hospital in Pondicherry and later subjected to a coronary angiography in Belgium, in preparation for a heart operation. But the operation was cancelled when the angiography showed that a bypass would have no effect as a part of the left heart chamber had died. Realizing that his life would henceforth move at half-speed and that he could not fully depend on allopathic medicines, Georges taught himself homeopathy. He obtained a degree from the British Institute of Homeopathy and started treating himself, with considerable success. Yet, his health would never be the same and often he would complain of an uncertain future. The Belgian experience also gave rise to a bundle of autobiographic Dutch poetry, De Reis naar België, (the voyage to Belgium) in which he described his angst at leaving India – will he ever return? But, he says in one poem, there are hands that save. “‘You are living under very high protection,’ said the seer.”

Georges had meanwhile been able to build and move into a two-room house in the Shakti community nearby Aspiration. It was a true hermitage, filled with books, with just sufficient space for a desk and a bed. Continuing his habit of reading copiously (friends and friendly foundations would donate towards his book purchases), he wrote a few more books: an extensive biography The Mother, The Story of Her Life (2000); Overman – the intermediary between the human and the supramental being (2001); and Patterns of the Present – from the perspective of Sri Aurobindo and The Mother (2002).

Then, for a period of four years, Georges spent his time studying one of the most gruesome periods of human history, the Second World War. “This reading makes me sick,” he used to complain. His motive: “Sri Aurobindo and The Mother had been speaking to their disciples about this War, about its occult significance, and about the asuric entity that possessed Hitler. Is there any historic material that collaborates Their views?” There was, plenty – in German, English, French, Dutch and Spanish. His bookshelves soon flowed over. But it was with more than a sigh of relief that Georges finally disposed of this collection when his book ‘Hitler and His God, the background to the Hitler phenomenon’ was published in 2006.

Meanwhile, Georges’ fame as author was spreading. Many of his books were translated and published in The Netherlands, France, Italy, Spain and Russia. In 2006, he was awarded the Sri Aurobindo Puraskar by the Government of Bengal. Increasingly, he was touring Europe and the USA giving lectures. The travel, he said later, was certainly not good for his health, even though he often experienced it as a prayer. In more recent years he only agreed to give lectures in Auroville and through Skype.

He continued writing about aspects of Sri Aurobindo’s and The Mother’s vision, such as the book ‘Evolution, Religion and the Unknown God’, (2011) where he described the various theories of evolution and the concepts of Sri Aurobindo and The Mother. That same year saw the publication of his last book, ‘Preparing for the Miraculous’, containingthe 11 lectures Georges had given in 2010-2011 at Auroville’s Savitri Bhavan and Town Hall. In the last essay in this book Georges shared his conviction that the Two-in-One Sri Aurobindo and The Mother were, in fact, the Kalki Avatar who, in the Hindu tradition, will come at the end of the present Kali Yuga.

With Georges’ passing, the Auroville community worldwide has lost a friend and one of the few exegetes of Sri Aurobindo’s and The Mother’s views. As Dakshina from the Lodi Ashram, USA, commented, “Georges was a pillar of Sri Aurobindo and Mother’s work and legacy, leaving behind a wealth of books and transcribed talks that the world may better understand Sri Aurobindo and the Mother, their lives and vision and purpose, and what role we all who are called to this path of Integral Yoga share in the unfolding evolution we have taken birth to participate in.  Though an all-consuming labour of love, this life-work was not easy and often took the form of a long battle, each book a hard-won victory over a host of opposing forces.”

He will be sorely missed. 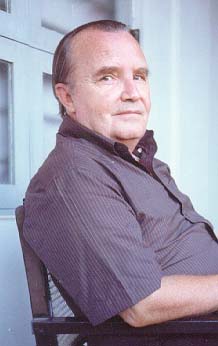 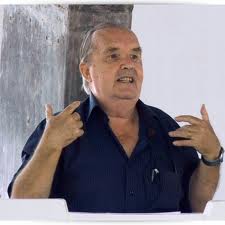