I am happy to announce that the latest books of R. Y. Deshpande and Kittu Reddy are now available at Overman Foundation. 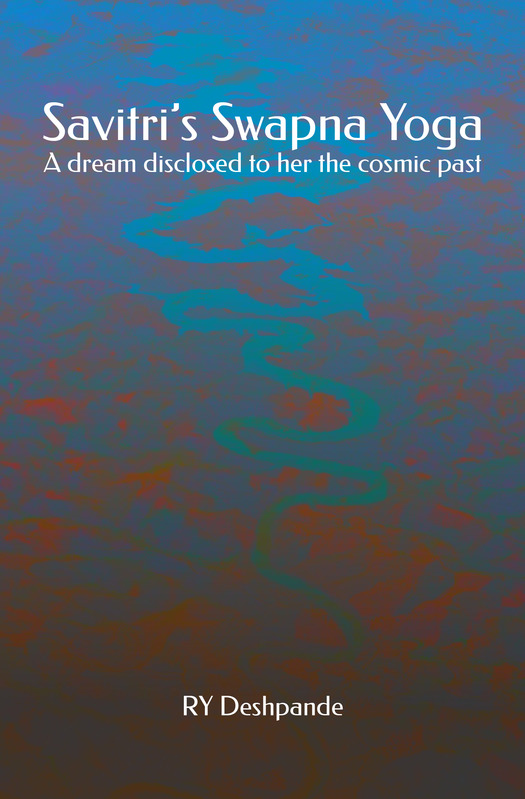 R. Y. Deshpande’s Savitri’s Swapna Yoga is based on the Book of Yoga, Book Seven, Canto Two of Savitri.

“Immediately Savitri enters into the Dream or Swapna Yoga, when to her is revealed the entire cosmic Past, Past since the beginning of things out of the extraordinary all-potent Void of the manifesting Spirit. She has re-lived the psychic memory of the evolutionary unfoldment in the long process of time. She sees how the Past has arrived at the Present and also begins to perceive the Future’s prospects. In this stream of consciousness she recognises that Man is not the culmination of these epochal happenings, and that a greater superior being, a being first governed by the Mind of Light, Surhomme, Overman, must emerge and take the lead of the evolutionary march. A portion of the divine Savitri enters into her and puts a diamond seal of this materialisation on a bright course of the coming events. A high note is already struck in the gains of her Yoga.”

Consisting of 260 pages, Savitri’s Swapna Yoga is available at a price of Rs. 300 (Three Hundred) only.

Kittu Reddy’s The Role of South India in the Freedom Movement presents the story of the freedom struggle that developed in South India and the ideals that inspired the national struggle for freedom in South India. The presentation has two aspects; one, dealing with the events and incidents in which the freedom fighters were involved and two, the ideals and values that inspired the freedom fighters. The first represents the external side of the movement and the second the inner and deeper part. It is evident that the inner part is more important as it portrays the lasting and abiding values and ideals that led and inspired this movement, hence, the source of the inspiring ideals which existed at the root of the Indian nation are traced and identified.

Consisting of 254 pages, The Role of South India in the Freedom Movement is available at a price of Rs. 450 (Four Hundred and Fifty) only. A Vision of United India: Problems and Solutions attempts to trace the political history of India from the ancient times to the modern day. The book is divided into two sections. The first section has two parts, one dealing with the history of India before Independence and the second dealing with the history after Independence. In the first part, the political history of ancient India is traced and the success and failure to bring about political unity is analyzed. Next, the political situation after the advent of the Muslims is discussed in some detail. Later, the political situation after the British conquest of India and its policy of divide and rule has been discussed. Ultimately, India got its freedom but was partitioned and divided into two. In the second part, there is a detailed discussion and analysis of the political situation after the partition of India till the modern times. In the second section of this book, the author—based on his study of Political Science in the light of Sri Aurobindo—has tried to show that Pakistan as a nation will inevitably disintegrate. He has also tried to analyze the repeated attempts in the past to bring about a political unity, the partial success and the failure that has attended the attempts and also evaluated the reasons for the failure and made certain suggestions which may lead to the final solution of the problem of political unity of the subcontinent of India.

Consisting of 382 pages, A Vision of United India: Problems and Solutions is available at a price of Rs. 450 (Four Hundred and Fifty) only.

To place an order for the aforesaid books, kindly contact us as overmanfoundation@gmail.com and (0) 9830244192. Payment can be made through cheques, demand-drafts, money-order and online remittance. Please note that these books are not available at SABDA.