Deeply impressed by Sri Aurobindo’s The Life Divine, Sir Francis Younghusband had nominated Sri Aurobindo’s name for the Nobel Prize in Literature. The nomination was endorsed by the Royal Society of Literature and was accepted by the Swedish Academy in 1943 although no prize in literature was awarded in that year.

However, Sri Aurobindo’s name was proposed again by Gabriela Mistral, the Nobel Laureate of Chile, who considered him as the ‘highest of mystics’ and his prose to be ‘beautifully austere and classical’. The proposal was seconded by Pearl S. Buck, the Nobel Laureate of the United States of America. A statement supporting Sri Aurobindo’s nomination was signed by thirty-six leading citizens of India including maharajas, vice-chancellors, premiers, governors and cabinet ministers and submitted to the Swedish Academy in 1950. It was also around the same time that Sri Aurobindo’s name was proposed for the Nobel Peace Prize and his was one of the thirty-four nominations considered by the Norwegian Nobel Committee in 1950.

The statement signed by the leading citizens of India supporting Sri Aurobindo’s nomination has been published in the website of Overman Foundation. 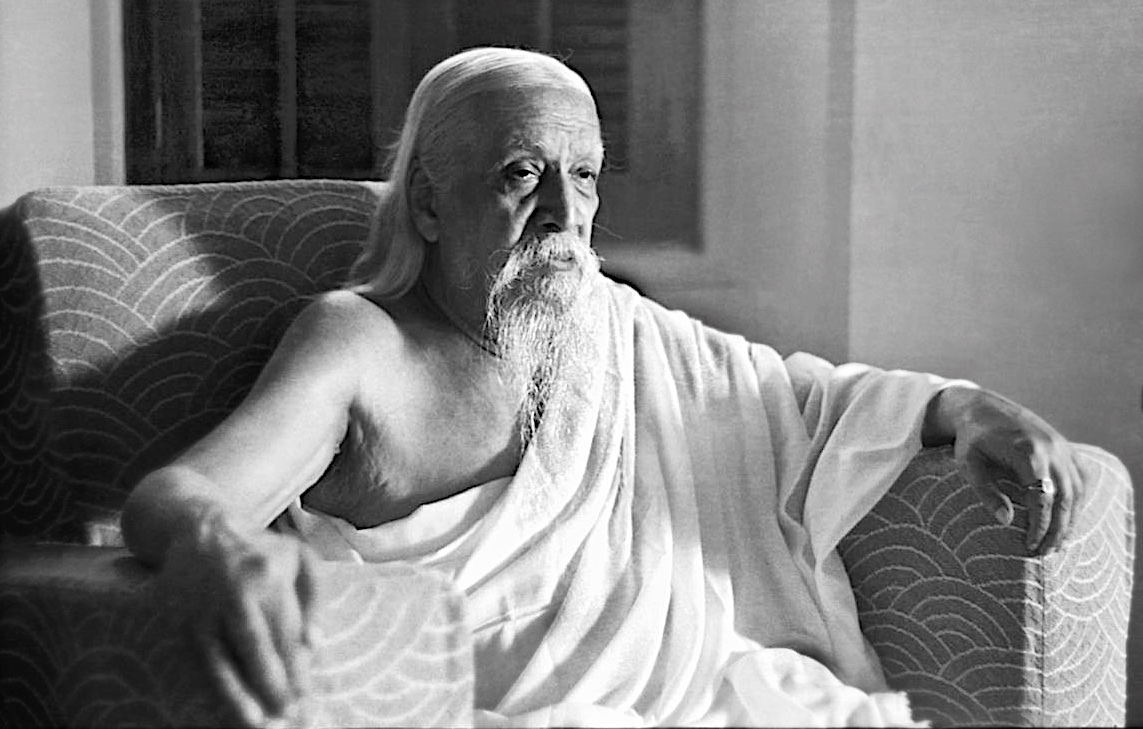 Sri Aurobindo is held in deep reverence in India and other parts of the world. We, his countrymen and admirers, look up to him as one who shares the vision of the Great Ones of all ages and who belongs to the galaxy of “just men made perfect.” With his divine, cosmic vision and a life breathing forth the fragrance of holiness, Sri Aurobindo has given us a glimpse, unparalleled for its profundity and sublimity, of the occult significance of the Vedas, the Upanishads and the Bhagwad Gita. Through his writings he has revealed to us once again the pathway of experiencing the Real and the Eternal. This pathway is the Integral Yoga, the simultaneous divinisation of consciousness and matter in the various dimensions of the human personality. The story of the grand strategy of Evolution through which the Supreme Being fulfils Himself in the multifarious forms of manifestation constitutes the core of this universal drama of the Becoming. Poetry has become, in Sri Aurobindo’s hands, an instrument of articulating the celestial music, the ecstasy of the Infinite, and the whole system of Sri Aurobindo’s thought is a superb edifice, a majestic summation of the Laws of the inner and the outer worlds in which the Eternal continues to exert pressure on all orders and aggregates of Life to ascend heavenward in an orchestration of a unified, co-operative movement, thus helping man to divest himself of the separative, egoistic, communalistic and nationalistic tendencies and to regain a living faith in the ideal of unity of all life.

Sri Aurobindo’s profound and penetrating analysis of the fundamentals of Indian Culture and his vision of India’s glorious destiny of being the meeting-place of the best of the East and the West have awakened us to the opulent spiritual heritage that belongs to us and the part that India has to play in the destiny of mankind. We look up to Sri Aurobindo as belonging to the family of the Seers and Sages of the world whose line has never ended and whose majesty of the soul will continue to shed lustre on all parts of the world and at all times.

It is, therefore, a source of great pleasure to us to bring to your attention his contribution and to commend to your favourable consideration the proposal to award Nobel Prize in Literature to Sri Aurobindo.

His Highness the Maharaja of Gwalior, Rajpramukh of Madhyabharat Union.

His Highness the Maharaja of Patiala, Rajpramukh of East Punjab Union.

His Highness the Maharaja of Rewa, Rajpramukh of Vindhya Pradesh Union.

Acharya J. B. Kripalini, Ex-President of the Indian National Congress.

SOME OF SRI AUROBINDO’S MAJOR WORKS

Essays on the Gita, Vols. I-II

The Synthesis of Yoga, Vol. I. To be completed in Seven Volumes.

The Secret of the Vedas

A Defence of Indian Culture

The Ideal of Human Unity

Savitri : A Legend and a Symbol, (an epic poem) Books I-III (to be completed in twelve Books containing approximately 50,000 lines.)

12 Replies to “Sri Aurobindo and the Nobel Prize”