The Mother and her husband Paul Richard had spent three years in Kyoto (in Japan) from 1917 to 1920. During their stay, they had befriended Dr. Kobayashi and his wife Nobuko Kobayashi, who were followers of a certain Dr. Okata who had taught them the mystery of meditation, ‘the still sitting of the lovely statue of Nara.’ Under the influence of Dr. Okata, Dr. Kobayashi (who was a surgeon) gave up his practice and began to counsel his patients to go to Mother Nature for healing and to sit still and ‘brood on the navel-lotus that folds and unfolds the health of a body and soul.’ The results were fascinating.

When Dr. K. R. Srinivasa Iyengar and V. K. Gokak had met Nobuko Kobayashi in the late 1950s and asked her about her impressions of the Mother, the latter had replied that the Mother—whom she knew as ‘Mirra’—had come to Japan ‘to be one of us’ and added: ‘She came here to learn Japanese… But we had so much to learn from her and her charming and unpredictable ways… She was a sweet friend. She was clever, very clever. An artist to her finger-tips, she would not mind drawing a colour-sketch of mine, which I have treasured to this day. Both us were young. And both of us were peering to glimpse a lovelier landscape and gaze at a bluer sky. She revered a master from the ancient land of the Buddha. And she felt sure that his was the gospel of the morrow, the Veda of the dawning day. Her eyes glistened with a new delight and wonder when she spoke to me of him.’

Though Nobuko was a Buddhist and differed from the Mother from the perspective of religion, this difference didn’t stop them from becoming friends. ‘She made me realise that we thought the same thought and beheld the same vision,’ Nobuko would tell V. K. Gokak and K. R. S. Iyengar, ‘I loved her dearly. Have you seen those lovely wisteria flowers trailing down the roof of the Kasuga shrine at Nara? We call them hooji. My friend [Mirra] loved those flowers. She was one with them. She called herself hoojiko, when she thought of having a Japanese name.’

On being asked whether she would like to visit India and go to Pondicherry, Nobuko Kobayashi replied in the affirmative and added: ‘I think, now and again, of writing to my friend. I wish to send her a copy of my journal. Do you think she will read my letter? Will she reply? I do not know, for now she has become the Mother! And when I see her again, I will put both my arms around her and cling to her, feeding my starved love of thirty seven long years. Will the members of your Ashram be angry with me if I behave that way? For, she is now—the Mother! Yes. She is the Mother to you, but always a dear, dear friend of mine. It was my great good fortune that, in this strange but explicable world, I should have met this jewel of my heart and this friend of my soul. The perfume of those two years, when we lived like twin roses on the same stalk, lingers like incense around the divine altar and sways serenely in the sanctuary of my mind.’

Nobuko Kobayashi did meet the Mother in 1960 when she visited Pondicherry. It was a reunion of two friends after forty years. During her stay in Sri Aurobindo Ashram, she was photographed with the Mother on various occasions mostly by Dr. Prabhat Sanyal and Amiyo Ranjan Ganguli.

The Mother’s photographs with her Japanese friend have been published in the website of Overman Foundation. 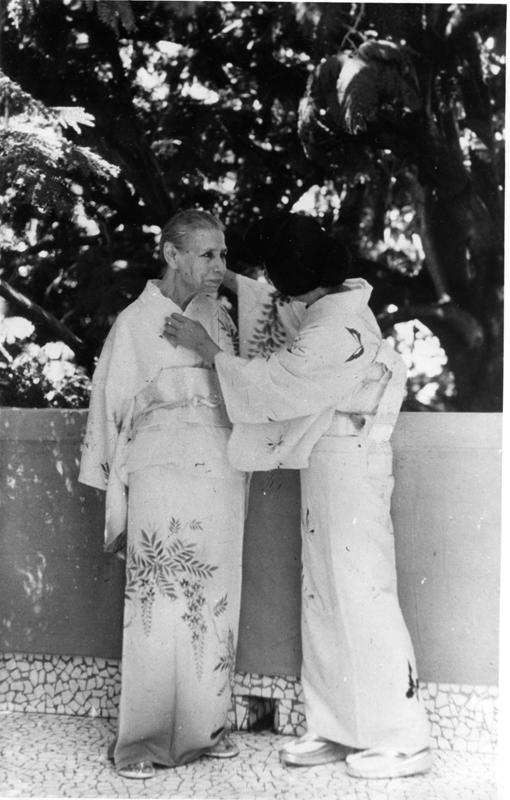 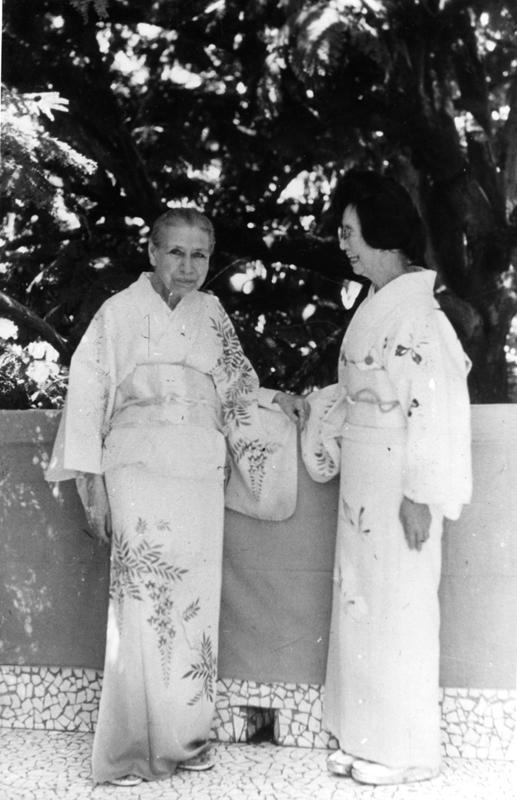 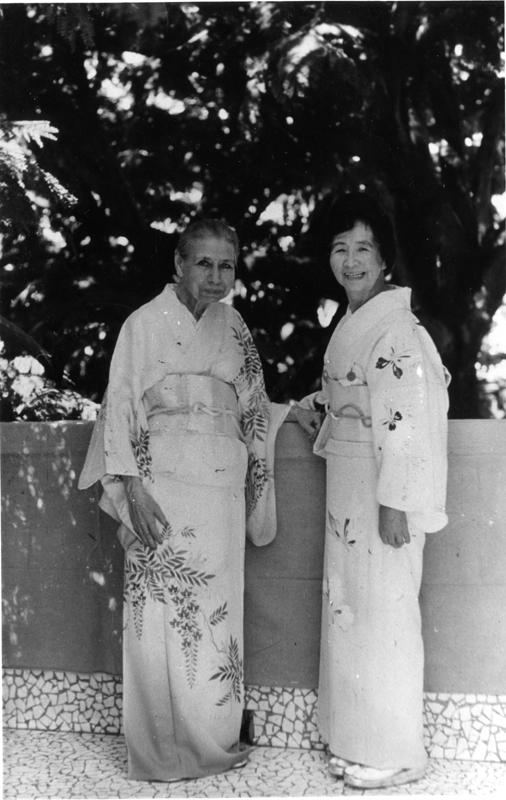 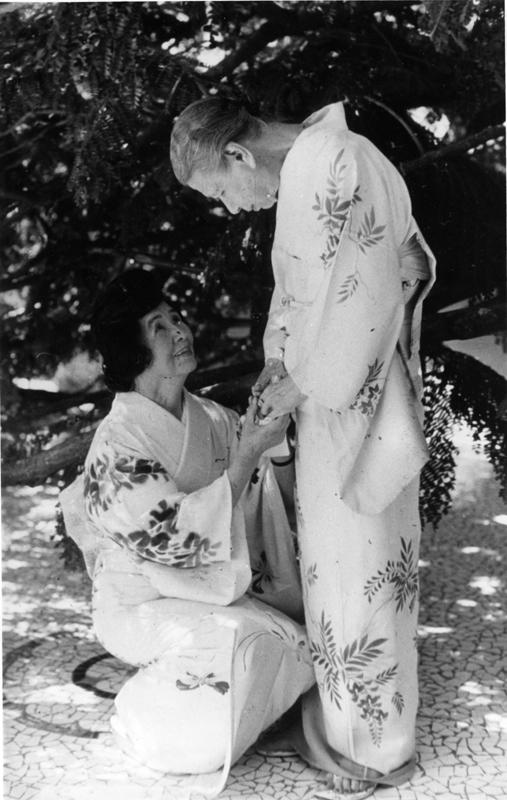 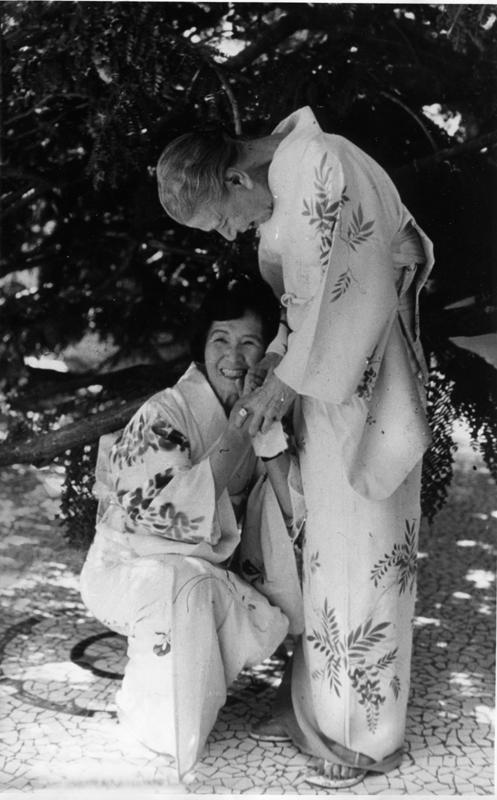 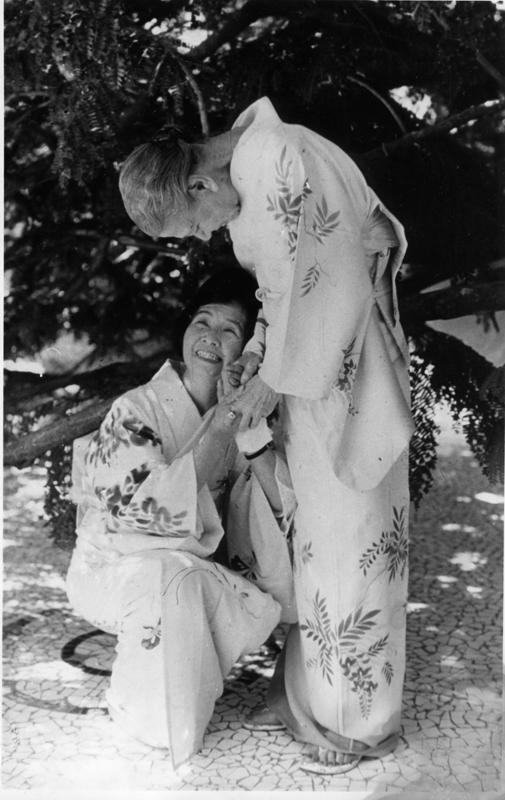 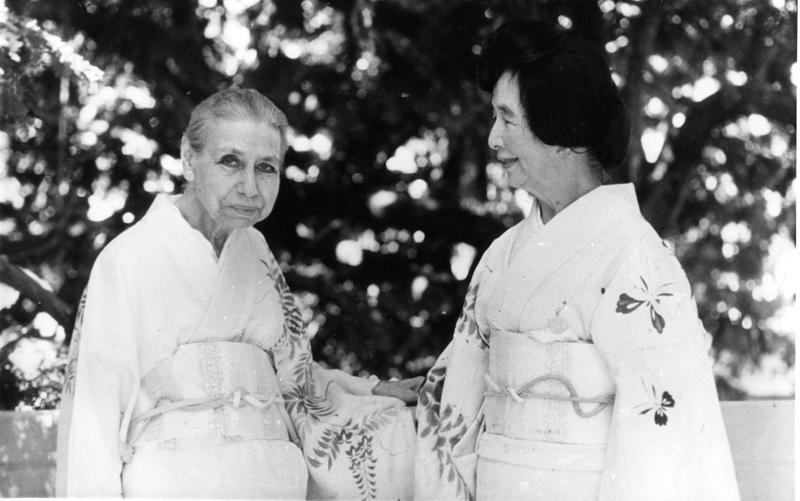 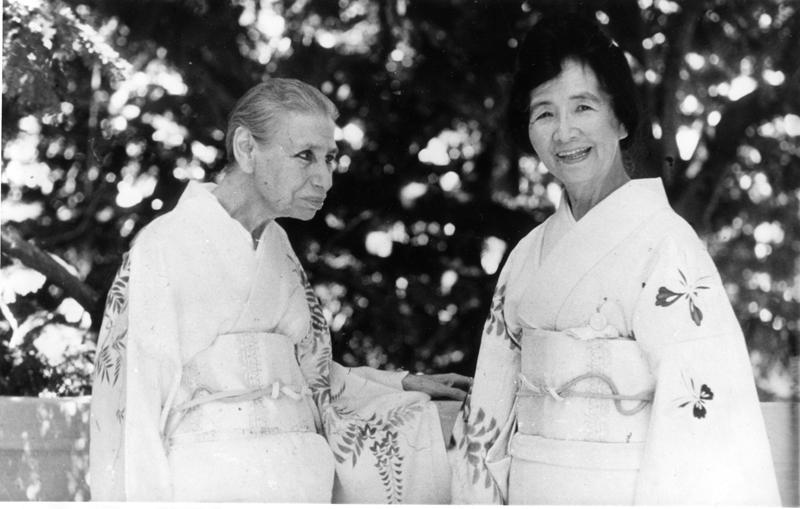 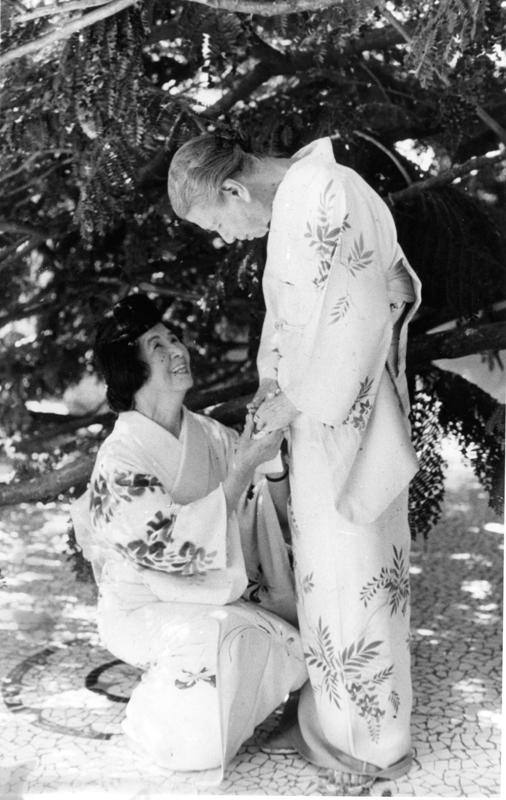 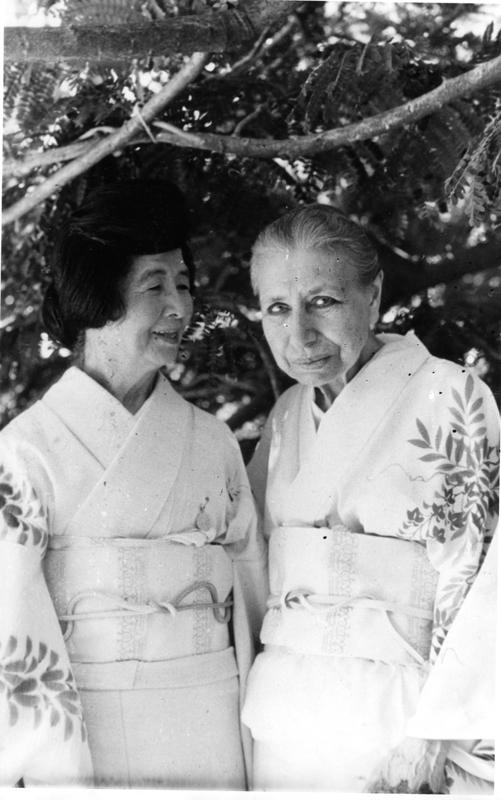 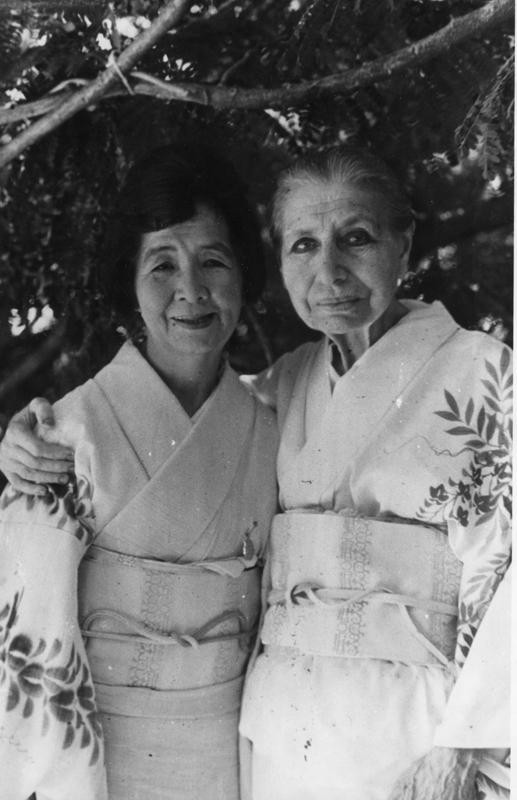 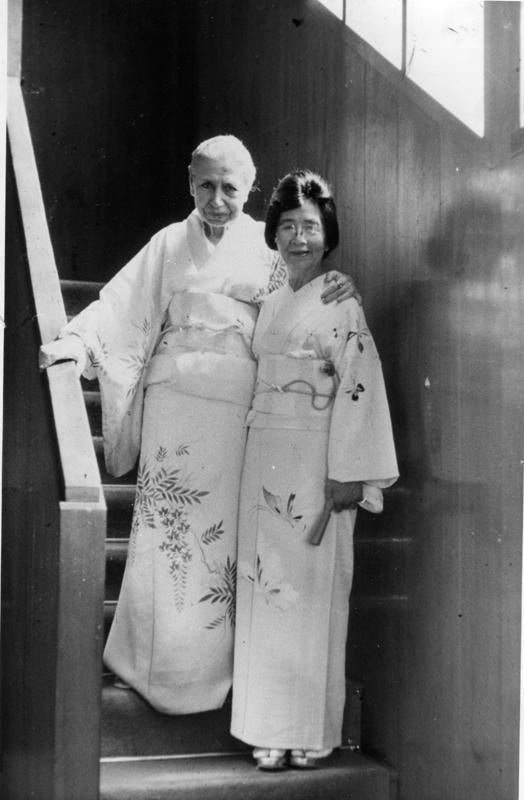 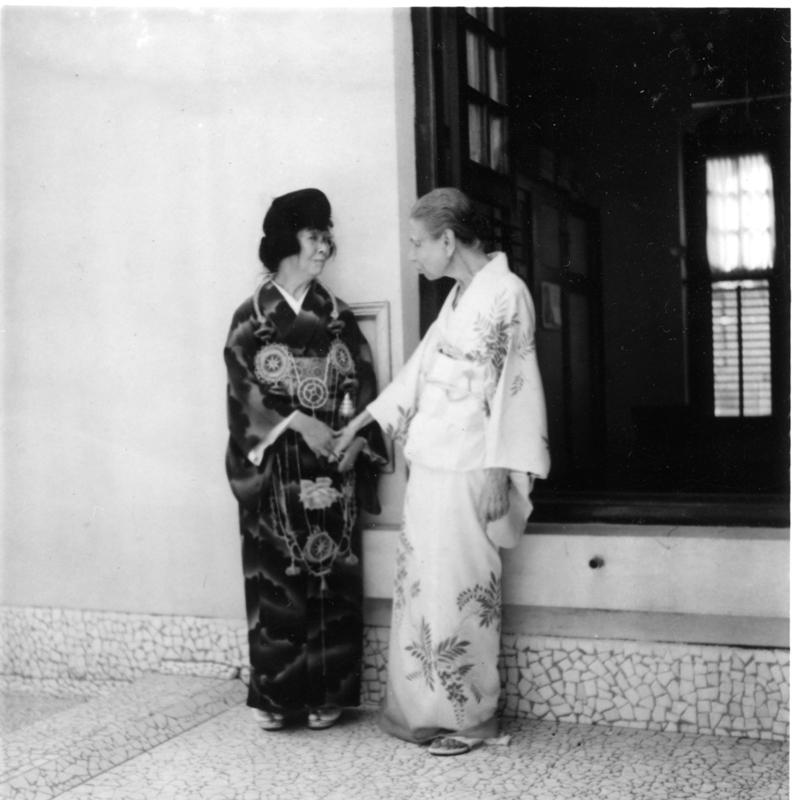 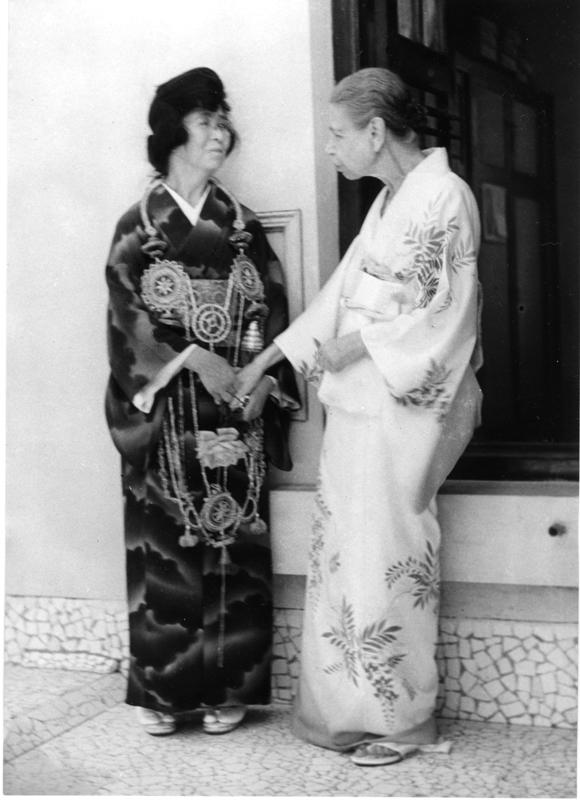 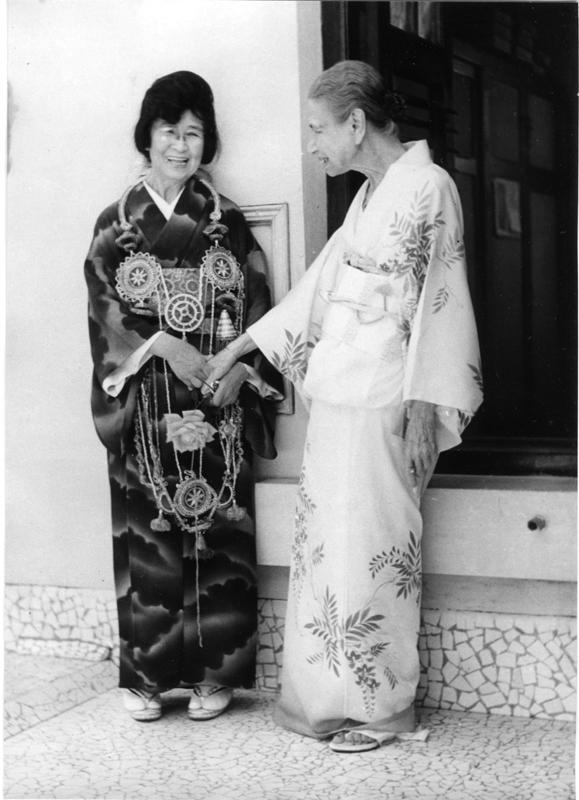 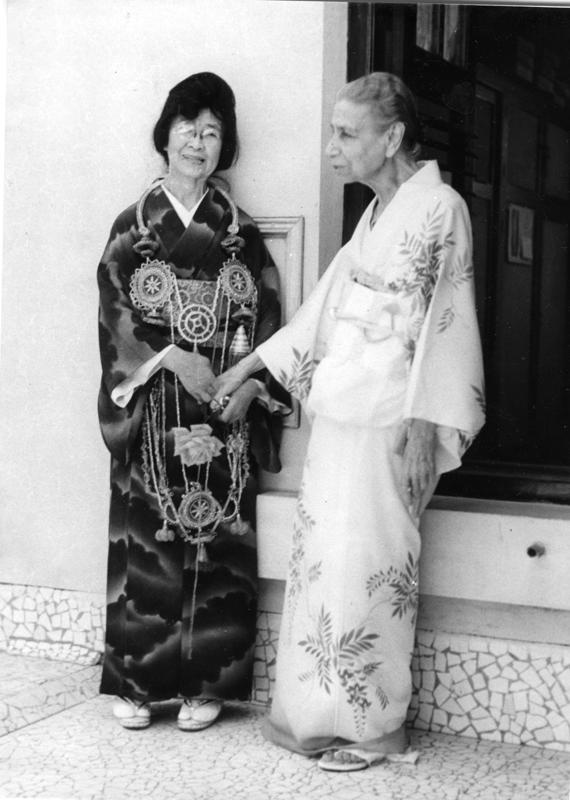 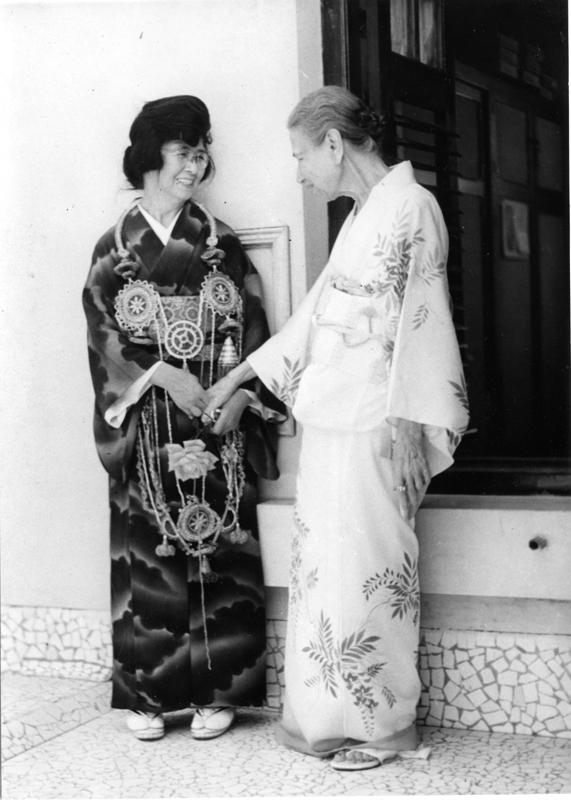 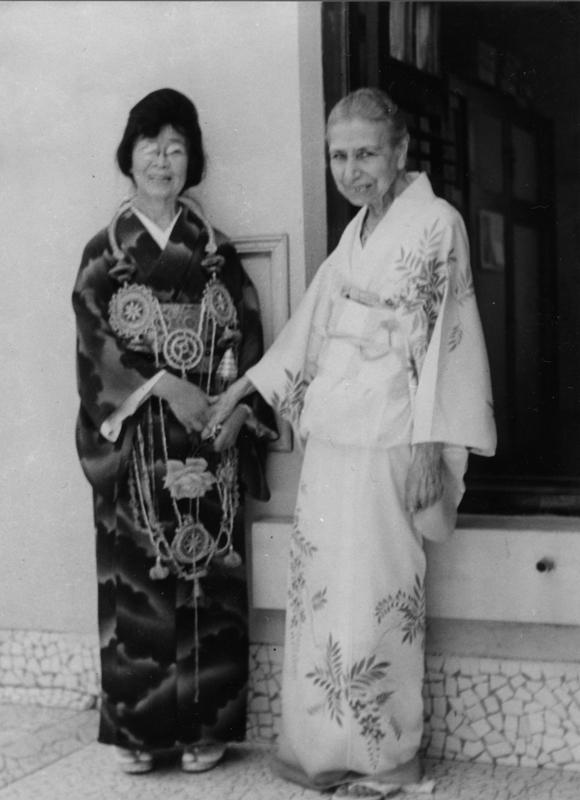 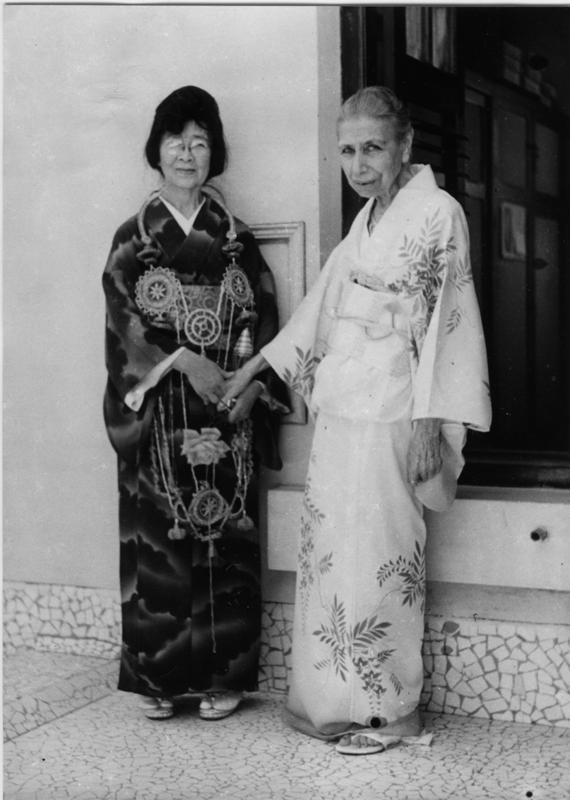 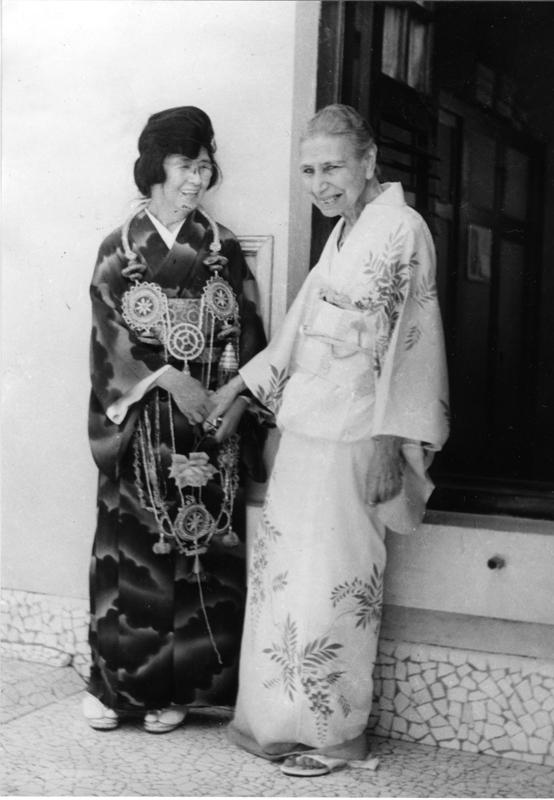 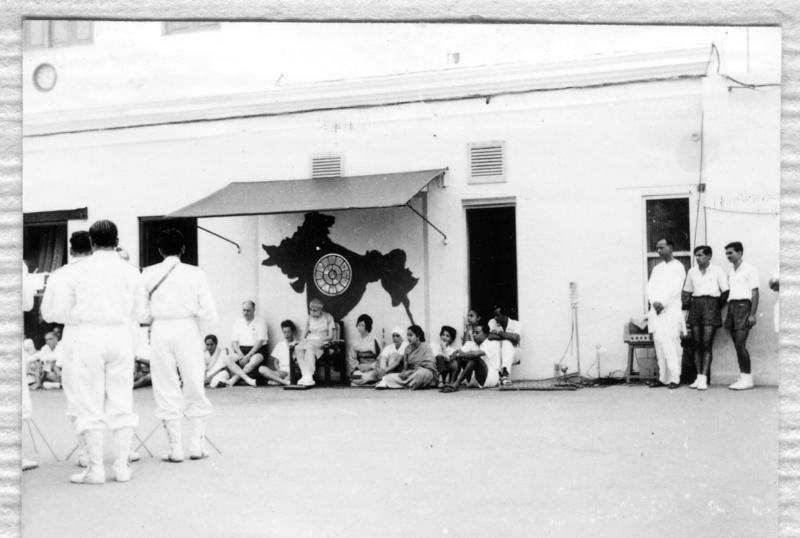 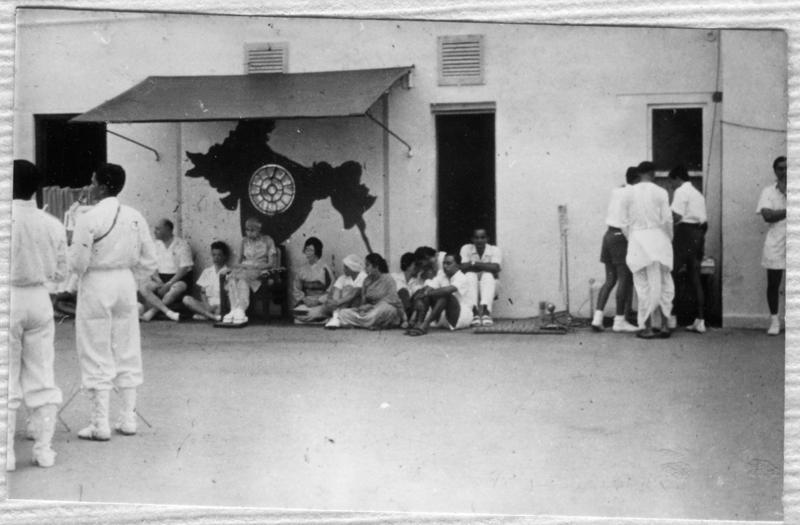 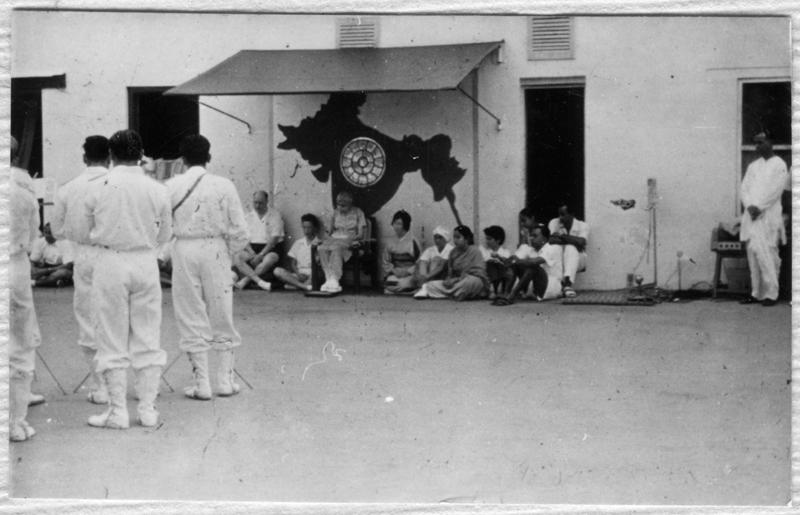