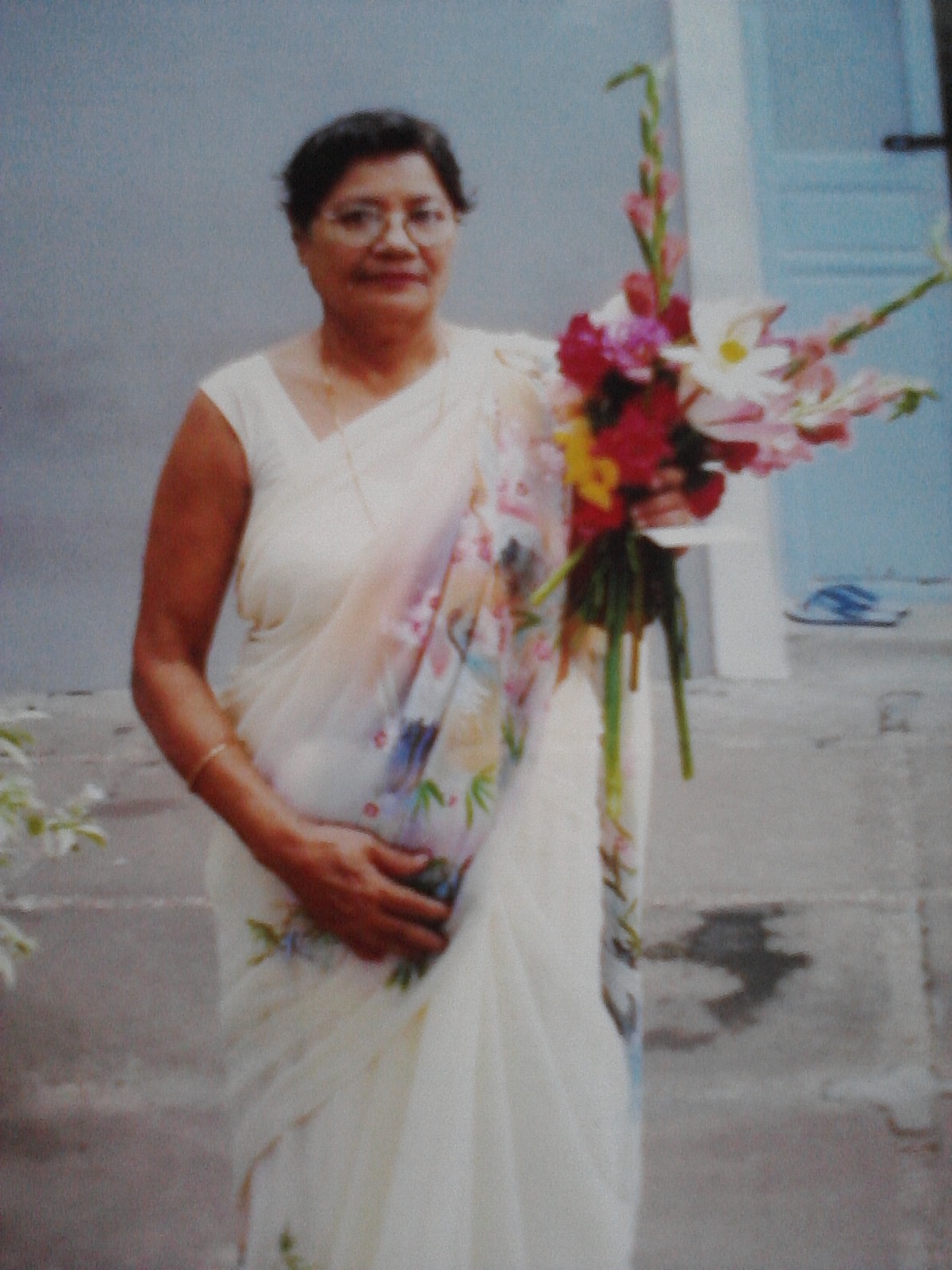 On Friday 22 June 2012 Dolly Mutsuddi, the youngest niece of Dr. Nirodbaran, has left her physical body in the Ashram Nursing Home at the age of seventy-five. With her demise the Aurobindonian community has lost a bright jewel.

Dolly-di—as we lovingly addressed her—was the personification of innocence, sweetness and simplicity. She also possessed an indomitable spirit which age failed to weaken.

Dolly-di hailed from a family of Zamindars which was among a handful of Buddhist Bengali communities in Chittagong (now in Bangladesh). She was born on 22 August 1936. Her mother Pratibha Mutsuddi was the younger sister of Nirodbaran who had settled in the Sri Aurobindo Ashram at Pondicherry in 1933. Dolly-di arrived inPondicherry in the evening of 23 April 1949 at the age of twelve with her elder sister Bani. When Nirodbaran informed the Mother about the arrival of the Mutsuddi sisters, she had remarked: “Great success.” When they were taken to the Mother at 10.30 p.m. on that very day, she smiled at them and filled their little hands with fresh jasmine flowers.

Dolly-di was a good tennis player and had the privilege to play the game with the Mother. Though she attended Dilip Kumar Roy’s singing classes her grand passion was dance. She was also quite fond of elocution. After completing her education in the Ashram School she joined the School Office.

Dolly-di had the simplicity and curiosity of a child. Her smile and laughter made one feel that she had never experienced any grief throughout her life. She loved life and was always full of it. She radiated love and energy so much that it was hard to resist her charm. She was like a beautiful jewel whose radiance could illumine an entire room. Yet she was so down-to-earth; she never complained nor criticized anyone. She was always full of praise for everyone. Like a mother she looked after her elder sister Bani (who suffered from heart ailments) and her brothers for decades.

Bani-di’s demise on 15 March 2010 after prolonged illness left Dolly-di inconsolable. Before she could recover from her sorrow she was diagnosed with throat cancer towards the end of 2010. She stayed in the Ashram Nursing Room since 2011. When her health improved she began to devote her time between her home and the Nursing Home. On 25 December 2011 she gave an hour long dance recital at the Ashram Nursing Home. Even some months ago she had recited a poem of Sri Aurobindo at a musical soiree organized at the residence of Prof. Arabinda Basu.

Dolly-di craved to live long to serve Sri Aurobindo and the Mother but the lamp of her life was flickering. Her physical condition deteriorated in the past few weeks. On the last day of her earthly life she asked the nurses around her whether her condition was getting serious. The end came at around 9 p.m. on 22 June 2012 exactly two months before her 76th birthday.

Dear Dolly-di, we bid you adieu with a heart—though heavy with sorrow—full of love for you. Love does not stop to exist even if the beloved one is gone forever. After all, can the heart forget its heartbeats! 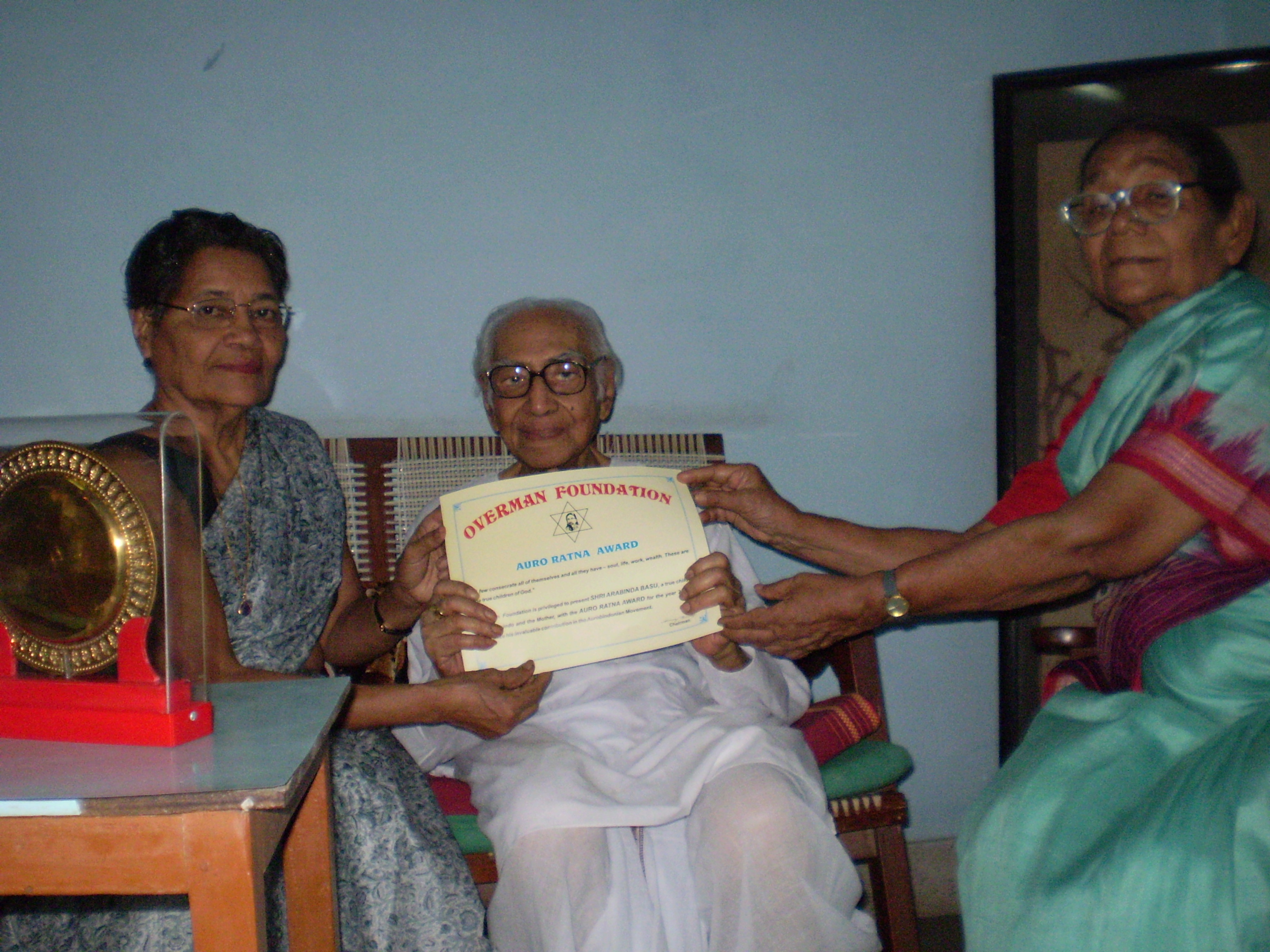 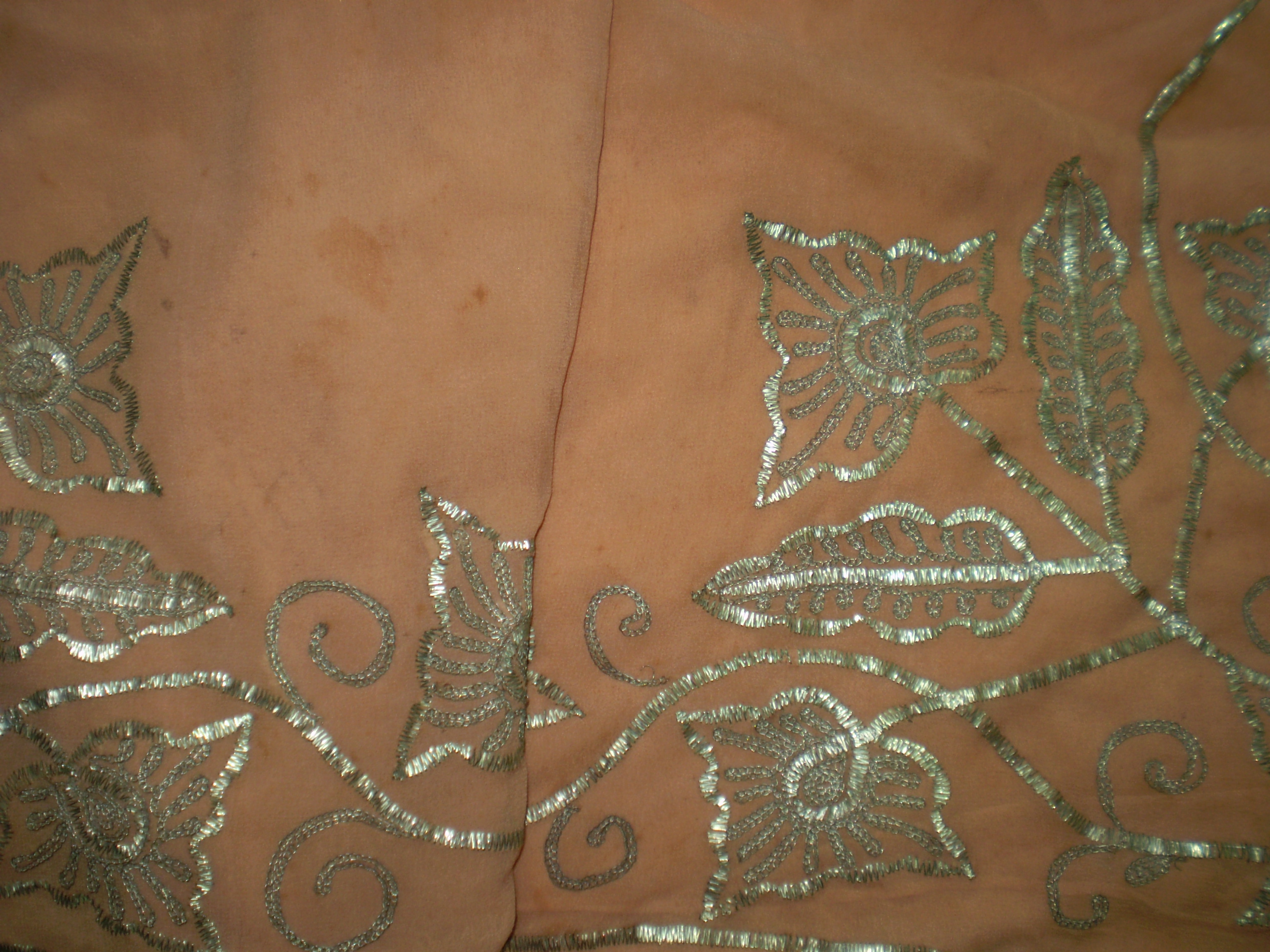 The Mother’s Sari gifted to Overman Foundation by Dolly Mutsuddi.

12 Replies to “The Passing of Dolly Mutsuddi”