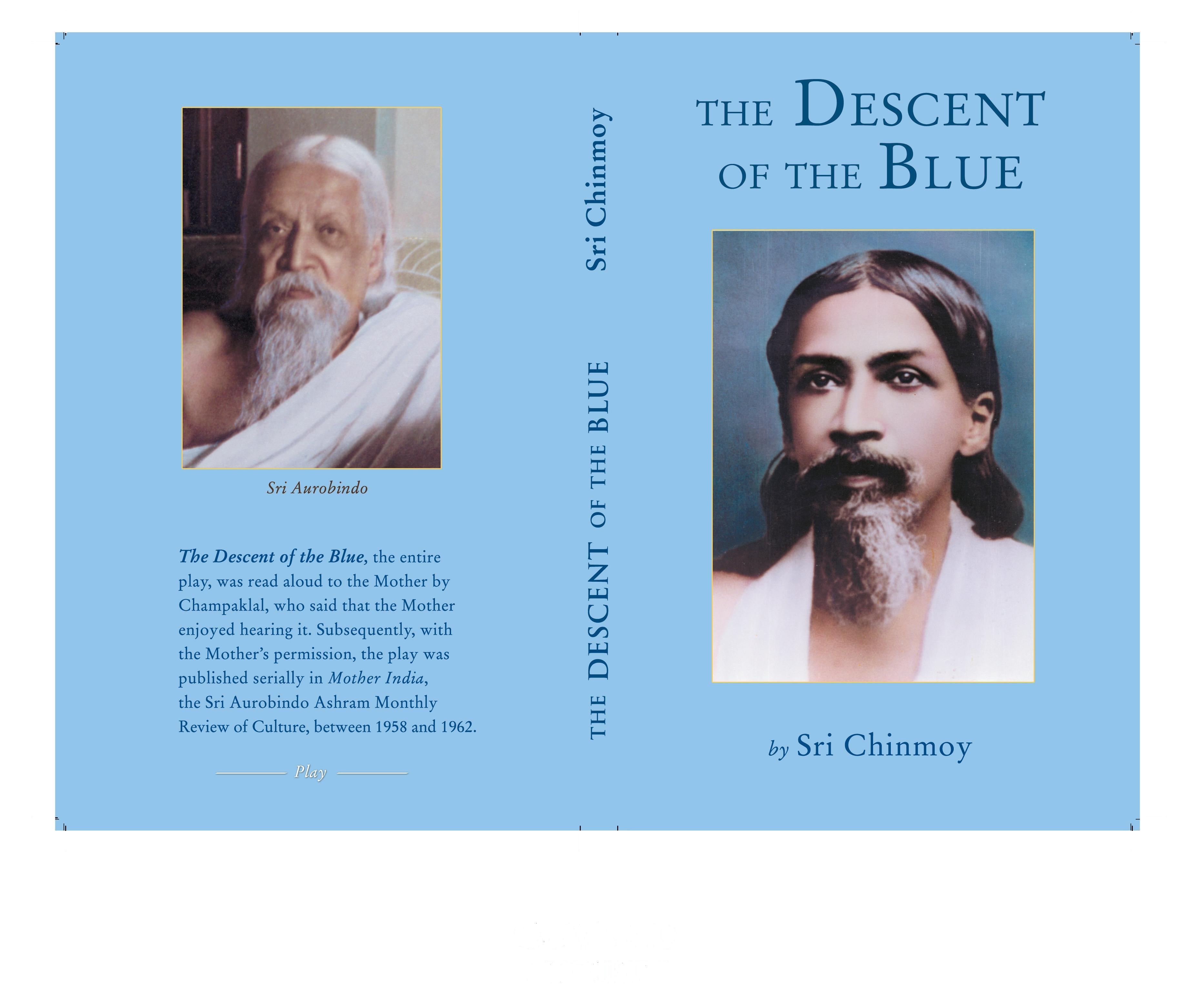 I am happy to announce that Overman Foundation has published the new edition of Sri Chinmoy’s The Descent of the Blue, a drama in thirteen acts based on Sri Aurobindo’s life.

Born as Chinmoy Kumar Ghose, Sri Chinmoy (1931—2007) moved to Sri Aurobindo Ashram at Pondicherry in 1944 where he spent twenty years of his life. Having worked as the secretary to Nolini Kanta Gupta, the General-Secretary of the Ashram, Sri Chinmoy went to New York in 1964 to be of service to aspiring seekers in the West. Initially he worked at the Indian Consulate. He also began to offer lectures on spiritual themes and soon he was able to devote himself full-time to spiritual activities. From 1970, following the invitation of the third U.N. Secretary-General U. Thant, he began offering peace meditations for delegates and staff at the U.N. Headquarters. In 1993 he opened the Parliament of the World’s Religions in Chicago with a formal silent meditation. His Excellency, Siddhartha Shankar Ray, who was India’s Ambassador to the United States of America at the time, said of Sri Chinmoy: “He is an embodiment of Rabindranath Tagore’s immortal concept of the universal man.”

Dr. Vidagdha Bennett writes about The Descent of the Blue:

‘Who can write a biography of the Infinite? The story of Sri Aurobindo’s life has been faithfully told by a number of spiritual luminaries, each in their own way. In 1958, a young Ashramite began to dramatise the panorama of the Master’s life. His name was Chinmoy Kumar Ghose and he was just twenty-six years old.

‘He based some of the scenes on conversations recorded by actual witnesses and some on Sri Aurobindo’s own speeches and reflections. There are also scenes that he drew from his own imaginative recreation of significant inner and outer events in Sri Aurobindo’s life. Chinmoy called his play The Descent of the Blue. It runs to thirteen Acts and concludes with Sri Aurobindo’s passing and the Mother’s immortal message to the disciples.

‘Many years later, Chinmoy explained the significance of the play’s title: “As you know, blue signifies infinite vastness, consciousness infinite. Here, the descent of the blue means Sri Aurobindo. I wrote this book as my most humble offering to Sri Aurobindo and the Mother.”

‘Having completed his manuscript, Chinmoy submitted it to the Mother. The entire play was read aloud to her by Champaklal-ji, who said that the Mother enjoyed hearing it. Subsequently, with the Mother’s permission, the play was published serially in the Mother India, the Sri Aurobindo Ashram Monthly Review of Culture, between 1958 and 1962. The editor, K.D. Sethna, wrote in a review of Chinmoy’s writing, “Chinmoy succeeds time and again in transmuting his facts into revealing truths with the help of an alert imagination.”

‘In 1972, to honour Sri Aurobindo’s Birth Centenary, the play was published in New York. This present edition is the first time the entire play has been published in one volume in India.

‘The Descent of the Blue is a transparent glimpse into the vast consciousness that lies behind the momentous events of Sri Aurobindo’s life. It is alive with the resonance of the Master’s own utterances, with the blessingful presence of the Mother and the intense devotion of the early sadhaks.’

Comprising 140 pages, The Descent of the Blue is available at a price of Rs. 220 (Two Hundred and Twenty) only.

To place an order, please write to: overmanfoundation@gmail.com or call at: (0) 98302 44192. Payment can be made online as well as through money-orders, cheques and demand-drafts.