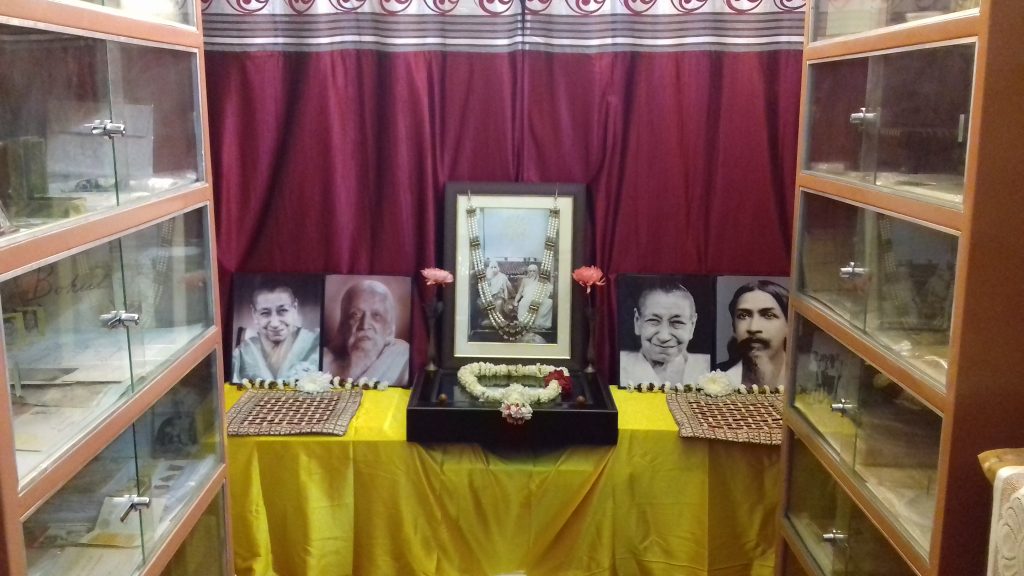 Sri Aurobindo Smriti Mandir, a wing of Overman Foundation, is a house of memorabilia of about 500 objects which was formally inaugurated on Saturday, 26 January 2019. Most of these objects have been used by Sri Aurobindo and the Mother while some are gifts given by the Mother to various individuals who had preserved them with great care and later gifted them to Anurag Banerjee, the Founder of Overman Foundation.

The objects displayed and preserved at Sri Aurobindo Smriti Mandir include several saris, blouses, gowns, scarfs, handkerchiefs, tray-covers, table-cloths, bags, perfume bottles, mats,  make-up kits and other items which have been extensively used by the Mother. The collection also includes many money-order receipts, donation-receipts and cheques signed by the Mother, scores of books and photographs autographed by Her, several birthday cards with personalized messages given by Her, dozens of notices and sports certificates signed by Her and hundreds of Darshan cards distributed by Her with some bearing Her blessings with signatures. The collection also includes many letters written by Her a few of which are still unpublished. A kurta, two handkerchiefs and a table-cloth used by Sri Aurobindo, two of His unpublished letters, a couple of match-sticks used by Him, some of His signed photographs and a few dozen books signed by Him are a major attraction of Sri Aurobindo Smriti Mandir. Overman Foundation was also privileged to receive the Mother’s sacred footwear from Sri Aurobindo Ashram Trust, Pondicherry, on 17 September 2016. 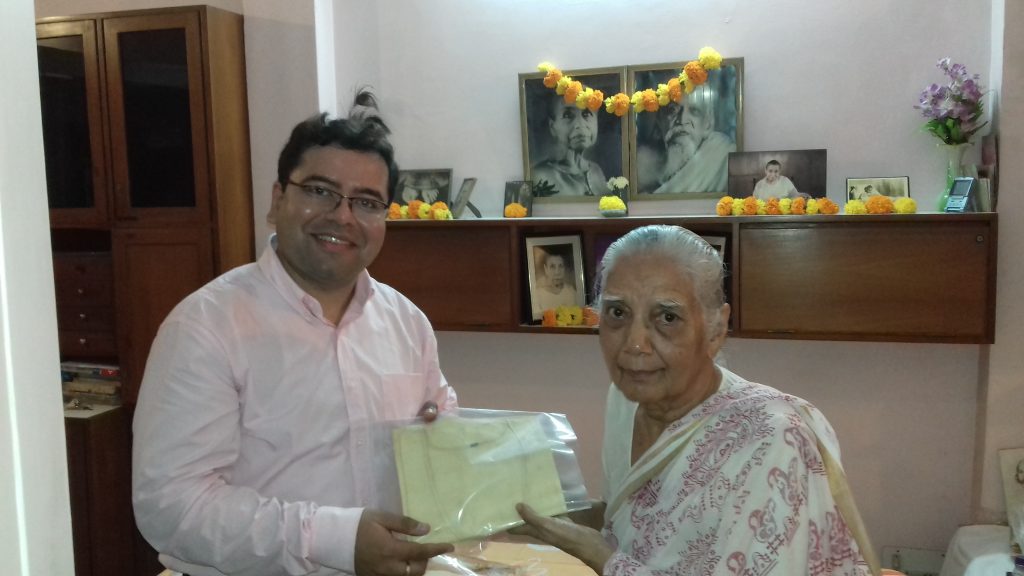 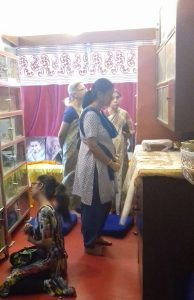 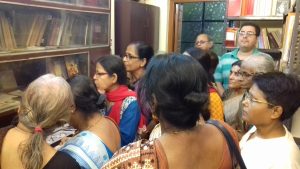