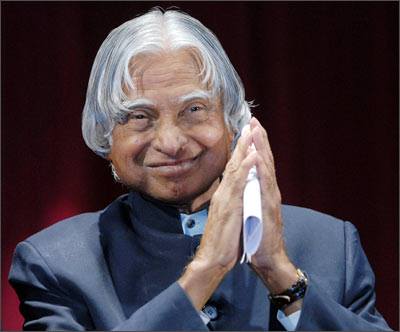 The late Dr. Avul Pakir Jainulabdeen Abdul Kalam (15 October 1931—27 July 2015) requires no formal introduction. After graduating from St. Joseph’s College (Tiruchirappalli), he joined the Madras Institute of Technology to study aerospace engineering. Eventually he joined the Aeronautical Development Establishment of the Defence Research and Development Organization as a scientist. In 1969 he was transferred to the Indian Space Research Organization where he worked as the Project Director of India’s first Satellite Launch Vehicle. He was closely associated with India’s civilian space programme and military missile development efforts. His contribution towards the development of ballistic missile and launch vehicle technology earned him the title of ‘Missile Man of India’. He had received honorary doctorates from forty universities. The Government of India honoured him with the Padma Bhushan and Padma Vibhushan in 1981 and 1990 respectively and also bestowed upon him the highest civilian honour—the Bharat Ratna—in 1997. In 2002 he was elected the eleventh President of India and his term lasted from 25 July 2002 to 25 July 2007. A prolific writer, his published works include India 2020: A Vision for the New Millennium (1998), Wings of Fire: An Autobiography (1999), Ignited Minds: Unleashing the Power Within India (2002), The Luminous Sparks (2004), Indomitable Spirit (2006), Inspiring Thoughts (2007) and Forge your Future: Candid, Forthright, Inspiring (2014) to name a few.

As our humble tribute to the great soul, we have published the text of an address Dr. Kalam had delivered on 27 February 2004 at Sri Aurobindo Bhavan, Kolkata, on the occasion of the Mother’s Birth Anniversary Celebrations, along with some of his photographs taken shortly before he collapsed while delivering a lecture at the Indian Institute of Management (Shillong) on 27 July 2015.

I am indeed delighted to participate in the 125th birth anniversary celebrations of the Mother. My greetings to the organisers, distinguished guests and devotees. When I am in the midst of this gathering, I am reminded of certain events which took place in the life of the Mother. When she was between the age of 11 and 13 through a series of psychic and spiritual experiences she became aware of the existence of God and her possibility of uniting with Him. This thought, along with the practical methods of fulfilling this mission, was given to her during her body’s sleep by several teachers, some of whom she met afterwards on the physical plane. At that time she had no knowledge of the Indian philosophies and religions. But she would call the unknown force Krishna. She was aware that it was with him that her divine work was to continue. As soon as she saw Sri Aurobindo she recognised in him the well-known being whom she used to call Krishna and that was enough to explain why she was fully convinced that her place and work were near him in India. I am reminded of the famous words of the Mother. I quote:

“I belong to no nation, no civilisation, no society, no race, but to the Divine.”

“I obey no master, no ruler, no law, no social convention, but the Divine.”

Her spirit continues to be here and her words provide us the direction for religion graduating into spiritual force.

Now I would like to share with you some of my experiences after my visit to various religious institutions.

During the last 20 months, I have travelled to almost all the parts of the country. The message I have received from my extensive travels in the country is that most Indians, energetic and middle-aged, young and innocent,— they all look to religion for solace and safety. The religions are like exquisite gardens, places full of surpassing beauty and tranquility, like sacred groves filled with beautiful birds and their melodious song. I truly think that religions are beautiful gardens. But they are islands. They are enchanting islets, veritable oases for the soul and the spirit. But they are islands nevertheless. However, if we can connect all these islands with love and compassion, in a ‘garland project’ for the new millennium, we will have a prosperous India ahead of us, a billion people, through India millennium mission and even for our planet.

God has created the human being with a brain and a thinking faculty. He has commanded His creation that the faculty must be used with reasoning to reach His image. This is the mission of human life. Science is the best boon God has bestowed upon mankind. Science with reasoning becomes the capital of the society. In whatever field we work, be it science, technology, medicine, politics, policing, theology, religion or judiciary, we have to remain in the service of the common man whose well-being is central to all human knowledge and endeavour.

Every religion has a central component — spirituality that is driven by compassion and love. Rationality and logic are intrinsic to science and spirituality. A spiritual experience is the goal of a deeply religious person whereas a major discovery or an invention is the goal of a scientific mind. If both the aspects are unified, amalgamated in our own patterns, we can transcend to that level of thinking in which unity is a cohesive aspect. For this environment the two major components—Science and Spirituality,— have to interact. A Peace prayer can be the foundation for both.

“O Almighty, create thoughts and actions
in the minds of the people of the nation
So that they live united.

O Almighty, bless the people
To take a path of life with righteousness
as righteousness gives the strength of character.

Help all religious leaders of the country to
give strength to the people to combat the divisive forces.

Guide the people to develop an attitude to appreciate different
ideologies and transform enmity among individuals,
organisations and nations, into friendliness and harmony.

Embed the thought ‘Nation is bigger than the Individual’
in the minds of the leaders and people.

O God, bless the people to work with perseverance to
transform the country into a peaceful and prosperous nation
and promote world peace.”

I wish the 125th Birth Centenary celebrations of the Mother all success. 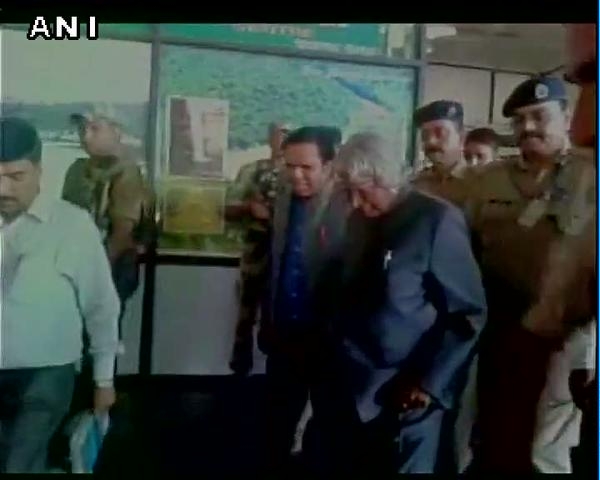 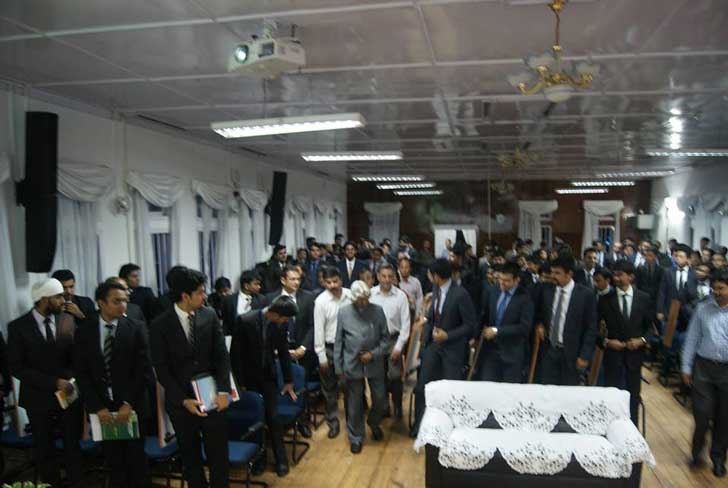 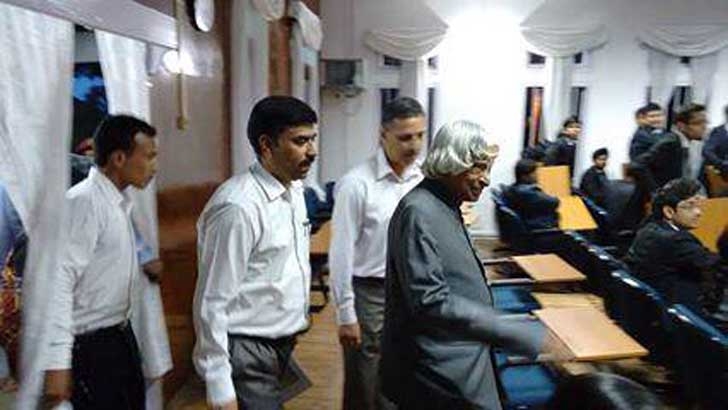 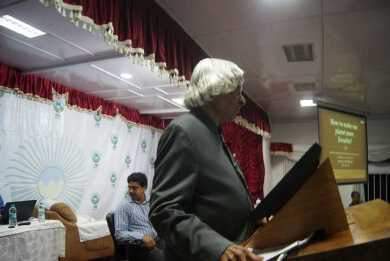 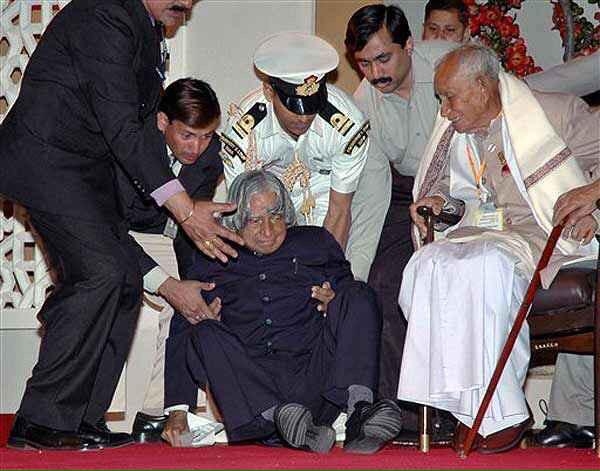