It gives me immense pleasure to announce that the following notable books and MP3 are now available at Overman Foundation. 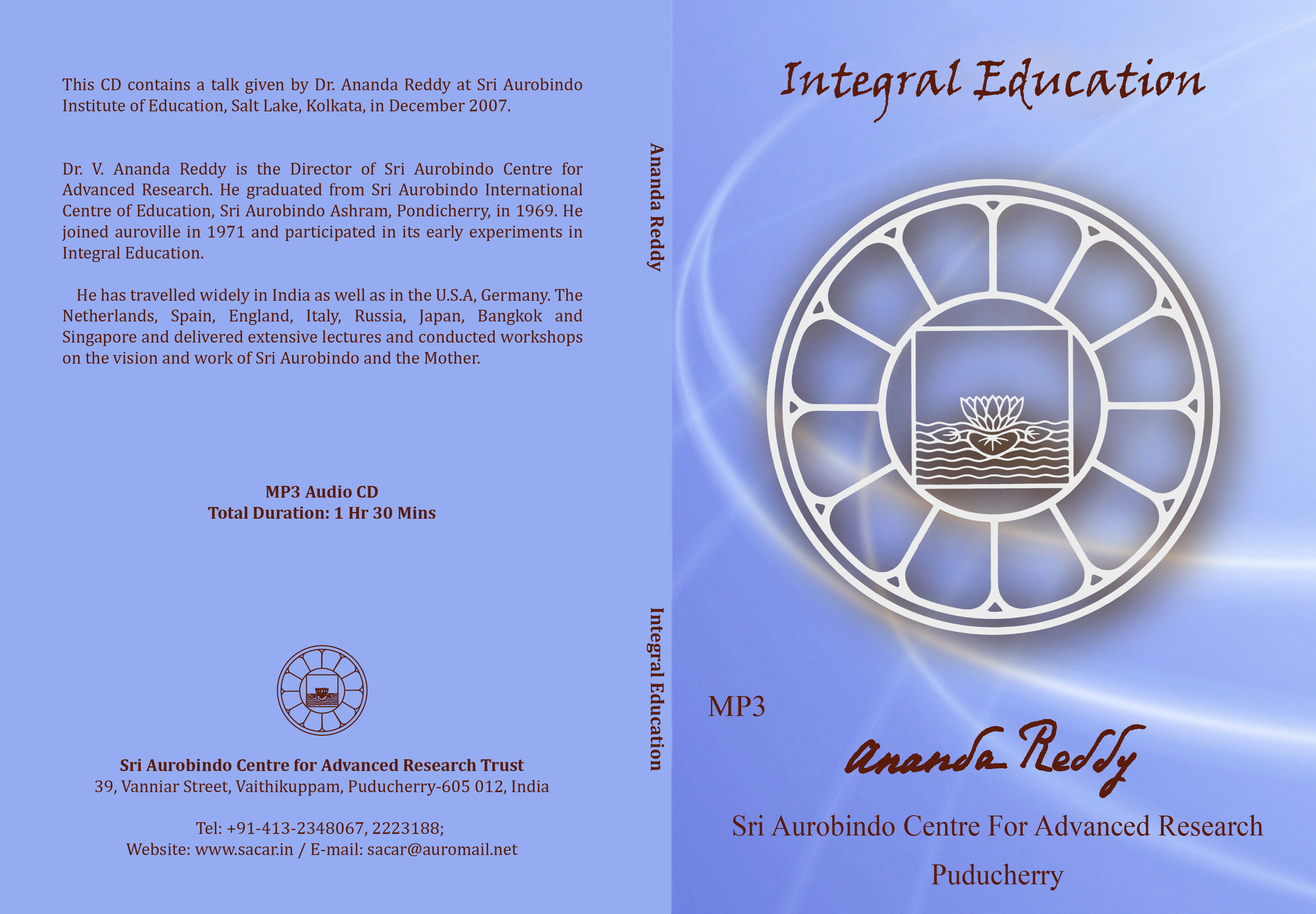 Dr. Ananda Reddy’s Integral Education contains a talk of one hour and thirty minutes on integral education in the light of Sri Aurobindo and the Mother. Through this talk, the listeners are led to experience the aspects of education in a radically new way and awaken a new attitude towards life. The foundations of integral education, the principles around which it is organized and the various elements involved in it are explained in the said talk. 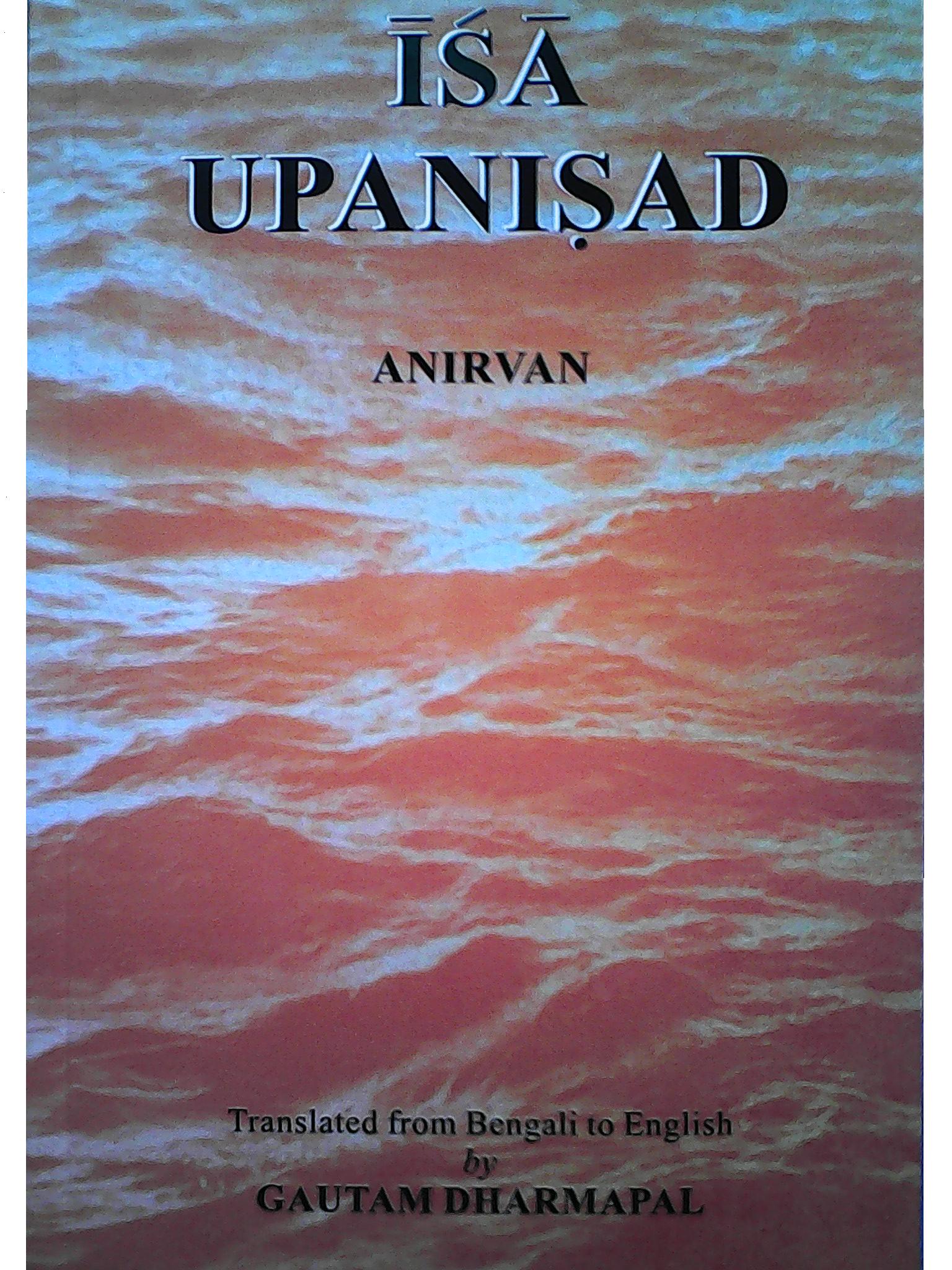 Īśā Upanisad is the only Upanisad directly connected with Śukla Yajurveda (its last chapter), unlike other Upanisads which are connected with the Brāhmana portion of the Vedas. It is as if a clarion call of the Truth that all works lead to and end in knowledge. In only 18 mantras, we have an all comprehensive integral and harmonious vision and philosophy of Life Divine. Transformation of greed and lust tainted with black and evil works into unattached but strong white-pure and good works and its culmination into the Universal consciousness of an all-embracing Aupanisadic Purusa is the central theme of this Upanisad. The uniqueness of this commentary of Anirvan lies in his wonderful interpretation of the contradictory terms Vidyā (knowledge) and Avidyā (ignorance, rather the unknowable) and Sambhūti (Becoming Birth-Creation) and Asambhūti (Non-Becoming Non-Birth or Vināsa—Destruction). By giving his mystic and yet analytic interpretation, he has boldly brought about a harmony between the two opposite currents of works-Sacrifice and Knowledge and thus established Life Divine on this Earth on sound footing. In the end we have a wonderful unity of Works, Knowledge and Devotion (Karma, Jñāna and Bhakti) as found later in the Bhagavad Gita.

Comprising 156 pages, Īśā Upanisad is available at a price of Rs. 250 (Two Hundred and Fifty) only. 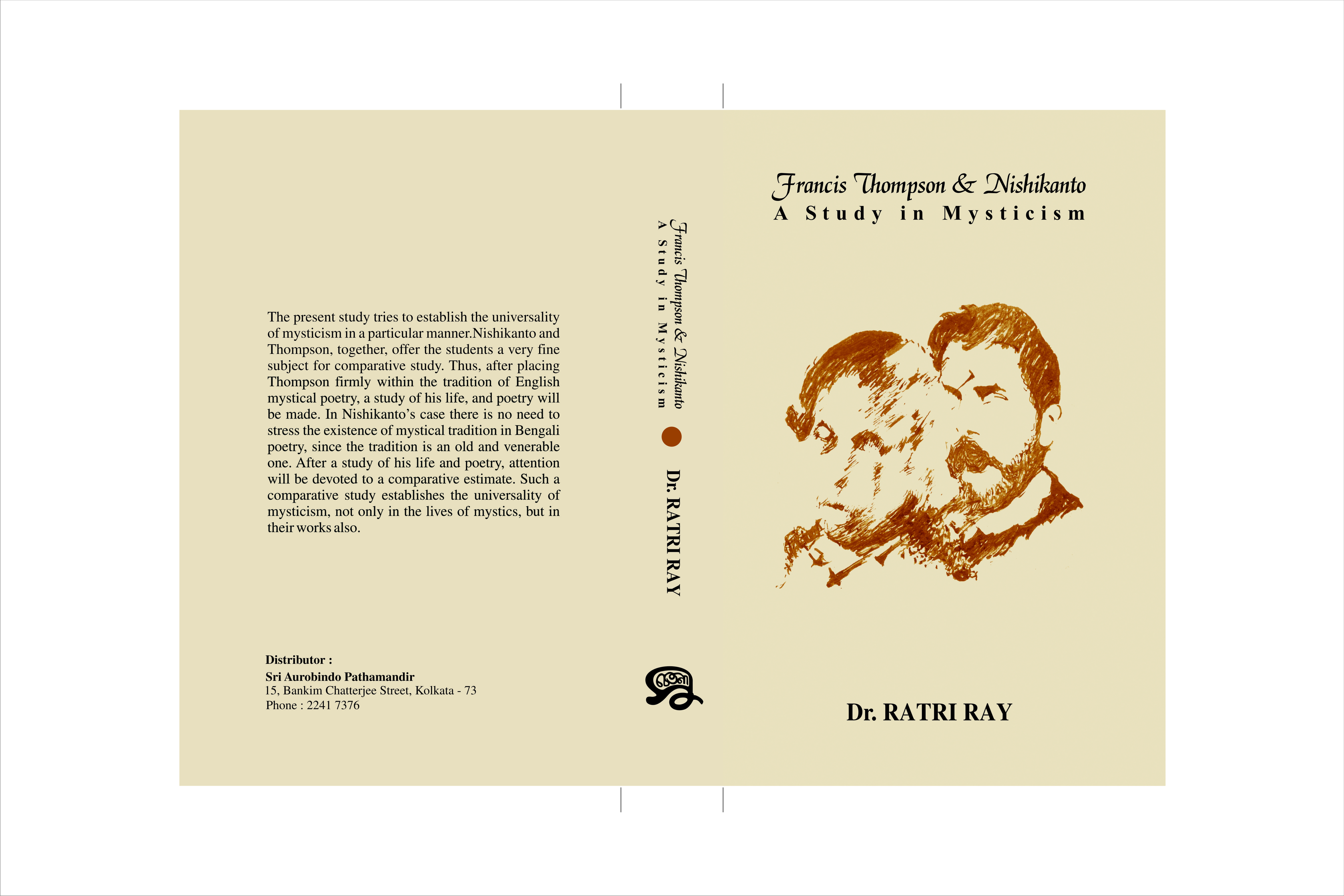 While Francis Thompson is renowned for his mystic poetry across the globe, Nishikanto Roychowdhury—one of the greatest Bengali mystic poets of Sri Aurobindo Ashram, Pondicherry, whom Sri Aurobindo had described as the “Brahmaputra of Inspiration”—is a comparatively lesser-known name. Dr. Ratri Ray’s Francis Thompson and Nishikanto: A Study in Mysticism tries to establish the universality of mysticism in a particular manner. Nishikanto and Thompson, together, offer the students a very fine subject for comparative study. Thus, after placing Thompson firmly within the tradition of English mystical poetry, a study of his life and poetry is made. In Nishikanto’s case there is no need to stress the existence of mystical tradition in Bengali poetry, since the tradition is an old and venerable one. After a study of his life and poetry, attention is devoted to a comparative estimate which establishes the universality of mysticism, not only in the lives of mystics, but in their works also.

Recipient of “Nolini Kanta Gupta Smriti Puraskar” for the year 2014, Francis Thompson and Nishikanto: A Study in Mysticism comprises 547 pages and is available at a price of Rs. 400 (Four Hundred) only.