We are happy to announce that the inaugural “Shrimat Anirvan Memorial Oration” organized by Overman Foundation in collaboration with Sri Aurobindo Sakti Centre Trust will be held on Wednesday, 8 July 2015, at 6.30 p.m. at the premises of Sri Aurobindo Bal Mandir situated at 532 Block “M”, New Alipore, Kolkata 700053 to commemorate the 119th Birth Anniversary of the great scholar and philosopher Shrimat Anirvan.

The theme of the memorial oration is Shrimat Anirvan on Education and the lecture would be delivered by Prof. Supriyo Bhattacharya.

Recent books by Shrimat Anirvan published in English and Bengali would also be available for sale in the said ceremony.

The route details to Sri Aurobindo Bal Mandir are as follows:

If one wishes to come via Rabindra Sadan or Tollygunge side, he may turn towards New Alipore from Tollygunge Phari and get down at Hindusthan Sweets, thereafter enter the road bang opposite the Hindusthan Sweets sweet shop. If one wishes to come via Durgapur Bridge, he has to turn left immediately on getting down from the bridge, go past Suruchi Sangha Club and Super Snack Bar. One may get down at New Alipore Railway Station in the Sealdah Budge Budge route. The Centre is a 3-4 minute walk from the station.

The route chart is also given beneath: 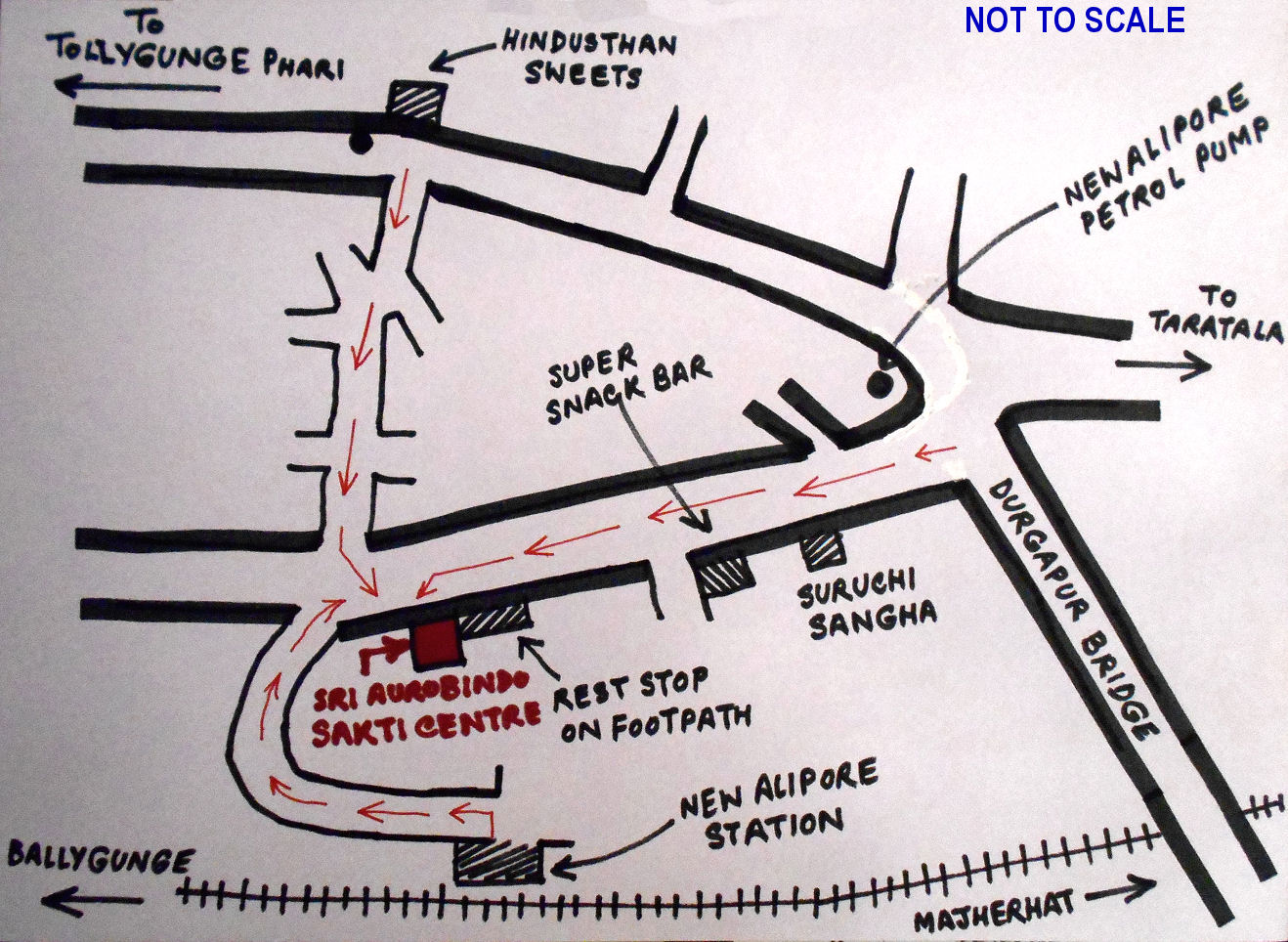 All are welcome to attend the Memorial Oration.

2 Replies to “Invitation to the inaugural “Shrimat Anirvan Memorial Oration””