On Saturday, 25 July 2015, the Aurobindonian community of Pondicherry lost a bright jewel with the passing away of Ira Sarkar at the age of seventy-eight. She was in charge of “Ira’s Home”, a boarding for young boys and girls named after her by the Mother. A radiant personality with a beatific smile always adorning her face, she was loved and respected by one and all.

An obituary of the late Ira Sarkar, penned by Sunayana Panda, has been published in the online forum of Overman Foundation.

Ira-di is synonymous with childhood in the Ashram because for the last forty years she looked after the hostel for the very youngest children who joined the school as boarders. When the school was started in the Ashram all the students were children of members of the Ashram and they lived with their parents. But in the 1950s, when parents who were not living in Pondicherry wanted to send their children to the Ashram School hostels were created one by one.

Ira-di was the niece of Anilbaran Roy and it was through him that, together with all her brothers and sisters, she came to the Ashram in the 1940s. As their parents were still living in Bengal she looked after her siblings because she was the eldest. While she was student she learnt to dance from Anu-ben and participated in many programmes. She learnt to sing from Sahana-di and other music teachers of the time. She attended classes of the Mother.

Even before she finished her studies she had told the Mother that she wanted to work in a “boarding” – as hostels are called in the Ashram. When she finished her studies she was asked to help Kiran-di, an elderly Bengali lady, who was in charge of a boarding. There she did the kind of work that Kiran-di could not do, such as taking and fetching children from the School and Playground. She also helped Kiran-di with the cooking as children used to eat in the boardings in those days. This was in a way a training for her because a few years after that she was asked to take charge of a new boarding of which she was going to be the head.

This new boarding was given the name “Ira’s Home” by the Mother and she had three others to assist her: Brajkishore-da, Kavita-di and Aruna. In those days boys and girls lived in the same boarding so she had a mixed batch of very young boys and girls. The first batch of children who came to live with her had all been newly admitted to the school that year and were mostly Bengali. It was a time when large numbers of children, coming from various parts of India, were being admitted to the school and new boardings were being opened every year.

The great advantage for the children was that Ira-di was a singer and a dancer. The uniqueness of Ira-di’s boarding was that she taught the children to sing and dance because for her music and dance were as essential as reading and writing. Children would get up in the morning and get ready but before having breakfast they would learn to sing. Having sung a few songs the children went off to Corner House for breakfast and then to school. In the same way, before dinner there would be a dance session. Then everyone would walk down to Corner House for dinner. Homework was done in the afternoons and in those days homework was discouraged in the Ashram School so it never took more than an afternoon or two in the week.

In the very first years when she was given the charge of the boarding she used to present a small performance of songs and dances for Nolini-da’s birthday on 13th January. So, the whole month preceding it was filled with rehearsals and costume preparations. Ira-di would choose poems from Kobi Nishikanto, Dilip Kumar Roy, Dwijendralal Roy or other Ashram-connected poets and then choreograph dances to them. There was no question of recording songs in those days, in the mid-sixties, so Ira-di used to sing the songs herself during the rehearsals, instead of playing them on a cassette-player. Closer to the day of the presentation the other singers of the Ashram came and sang with musical accompaniment. One can imagine Nolini-da’s joy at being present at those cultural programmes with which his birthday was celebrated.

I was in the boarding under her care for a year, at the age of 10, and it is only in hindsight I can see some things that I could not see then. How enriching it was to live in a house where dancing and singing were as routine as eating and sleeping. When you learn to sing and dance as a child you are naturally inclined towards these activities when you grow older. For more than four decades those children who lived with Ira-di had this privilege. Nobody had asked her to do it. She did this because she wanted to share her own passion with the children under her care. She also taught dance to other young children of the school outside the boarding.

After a few years the performance for Nolini-da’s birthday stopped and the songs and dances were prepared for the Bengali New Year in mid-April and again later in the year. This was perhaps her greatest contribution to our growing up years. We were all familiar with the words of these wonderful poets. Ira-di was particularly close to Kobi Nishikanto and she taught the children many of his poems in the form of songs after they had been set to music. In fact, Nishikanto used to come to the boarding to see the rehearsals. The high and beautiful thoughts of his poetry were a part of our everyday life.

In the very first years the food for the children came from the Dining Room and Ira-di had to cook some additional dishes for the children. But from 1968, after Corner House was opened for the children who were living in the boardings, Ira-di cooked only when it was someone’s birthday. In the evenings, on the days when we did not go for the meditation in the Playground Ira-di used to read to us from her enormous volume of Ramayan written in Bengali. We sat on our wide balcony, all of us around her, and listened to her.

Strange as it may sound, Ira-di was also a coach for wrestling. This is the uniqueness of the Mother’s vision. She wanted her children to develop multiple skills. The same lady who had taught us the delicate movements of dance in the morning was teaching us the different positions of pinning your opponent down in a wrestling pit in the late afternoon. On Sunday mornings and very often on week-days in summer, the children of the boarding would be up before 6 o’clock in the morning, would rub mustard oil on their arms and legs, then walk down to the Tennis Ground, which was just steps away from the house, and practise wrestling on the sea-sand. Then we would have a dip in the sea, come back home and have a wash and go for breakfast and then to school.

For twenty years Ira-di looked after both boys and girls but for the next twenty years she was given the charge of only girls and that too the ones who were still in the Primary section. The boarding moved to another house, closer to the Ashram. As age was catching up with her she could not be as active as before.

All those who had ever lived in her care will remember her love and warmth, the way she made our childhood days memorable with songs, music, stories, sea-swimming, walking to the Ashram Theatre to watch cultural programmes and going to the Playground meditation every Sunday and Thursday evening. For many she was the one who initiated them to performing on a stage before an audience, for others she will be remembered as the one who taught them to wrestle. But everyone remembers her for her gentleness and her sweet smile which was always on her lips. 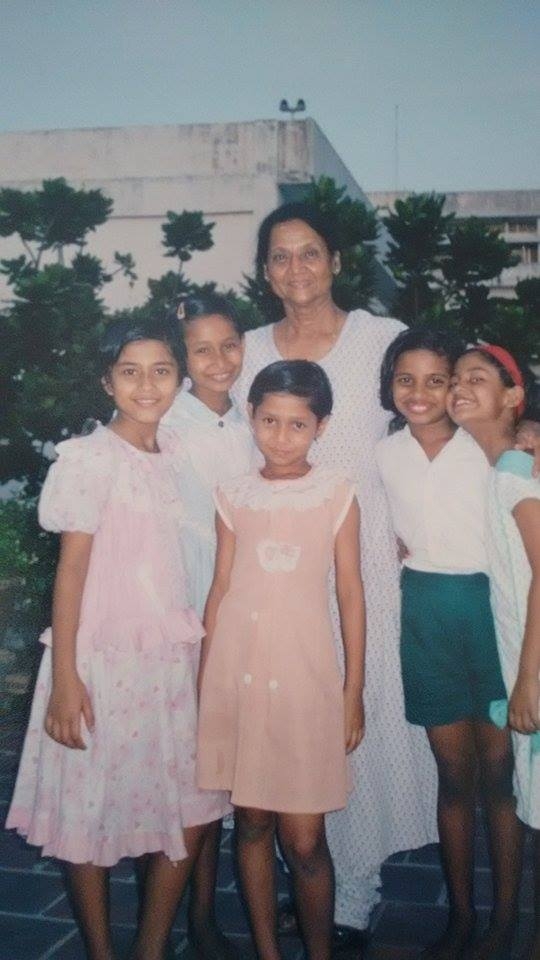 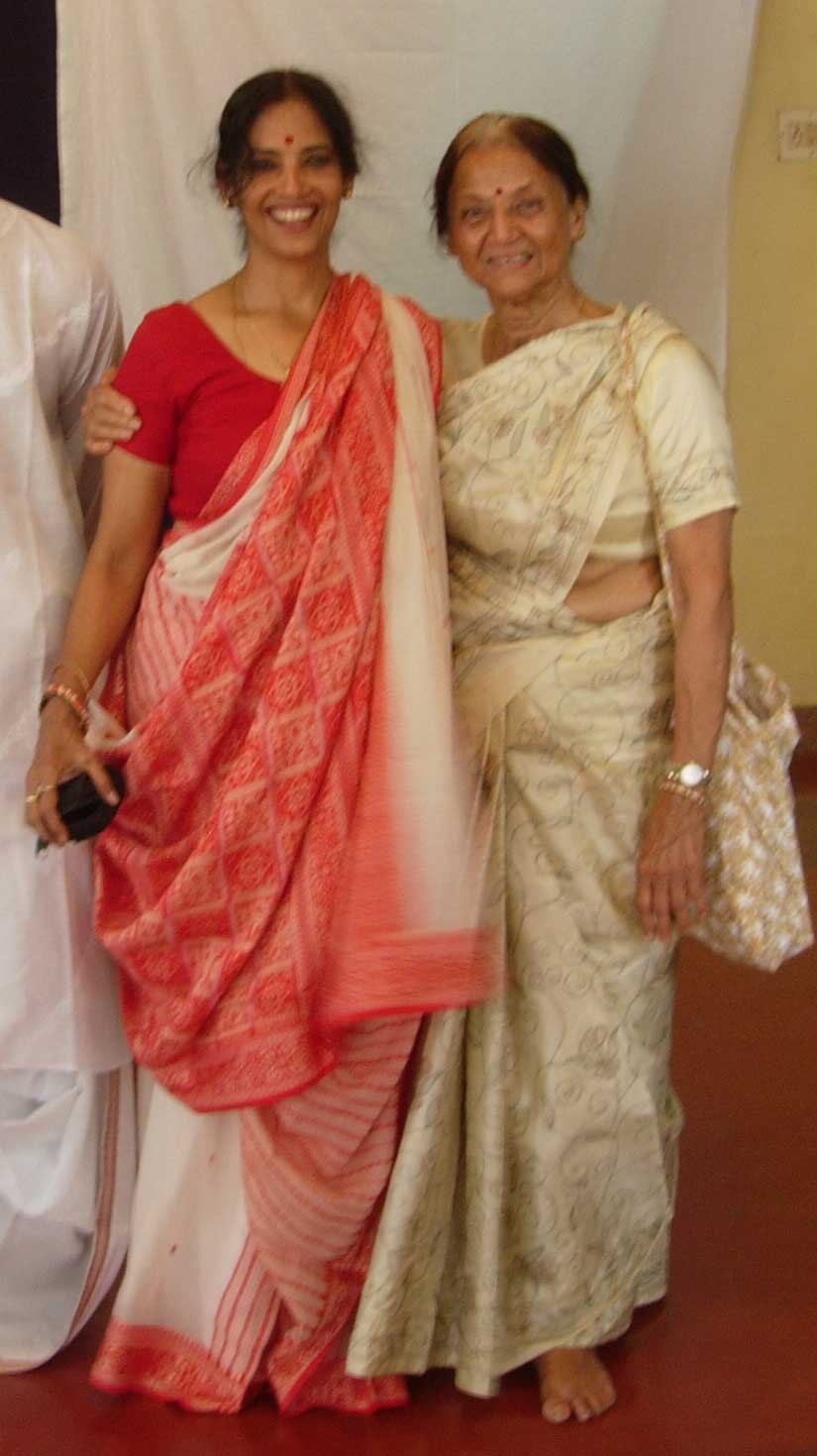 About the Author: A graduate from Sri Aurobindo International Centre of Education, Sunayana Panda is an actress and author whose published works include Seven Dedicated Lives (2009), Following in Their Footsteps (2010) and Sri Aurobindo and The Cripps Mission (2012). She has also translated Pramila Devi’s memoirs into English titled The Luminous Past (2014). She is also a member of the Editorial Team of The Golden Chain, the Alumni Journal of Sri Aurobindo International Centre of Education.

2 Replies to “Ira-di by Sunayana Panda”