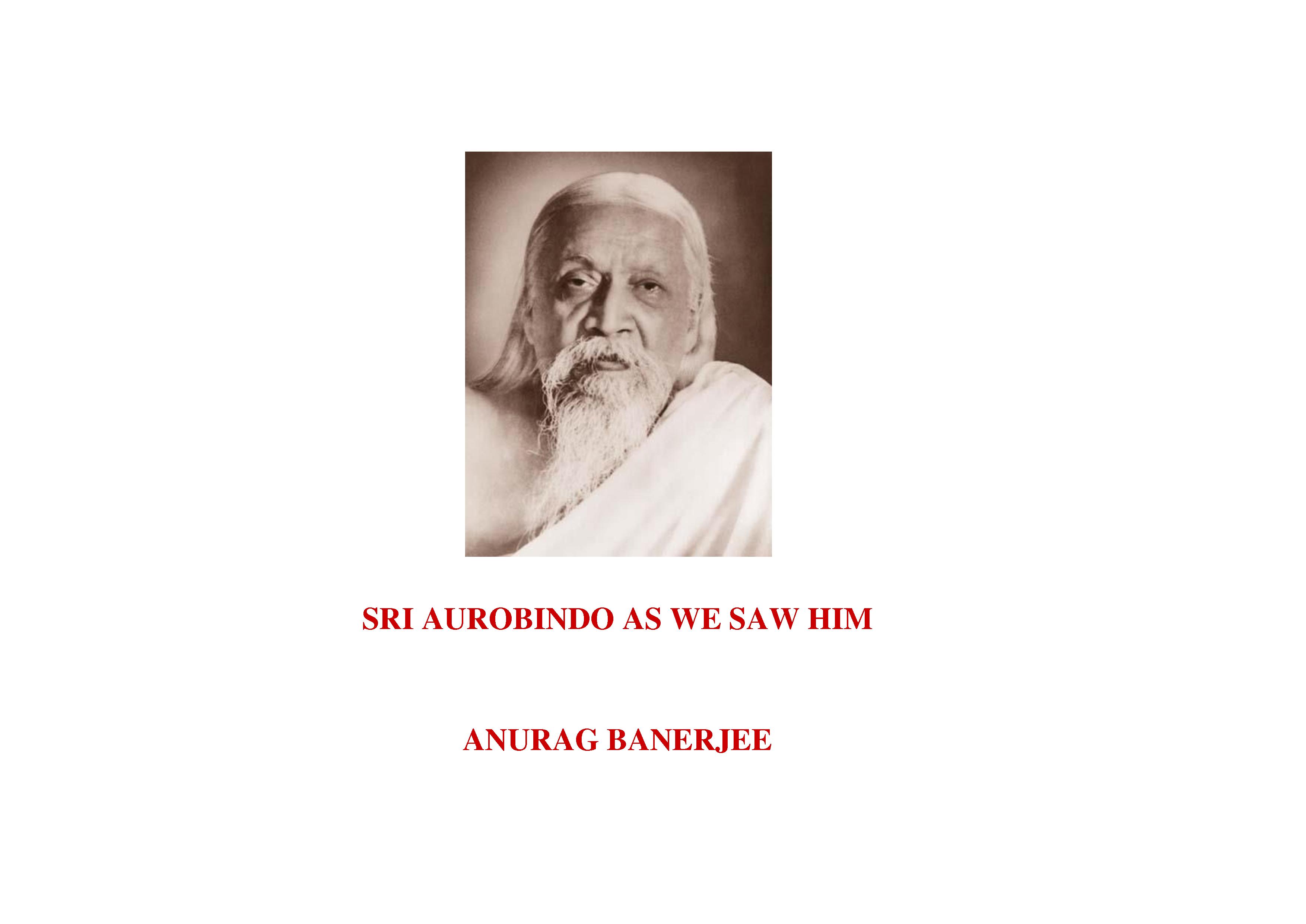 When you take up a many-faceted diamond, it becomes very difficult to describe the features. All we can say is, it is brilliant. So it has been with Sri Aurobindo. In sheer desperation, Amal Kiran had opened his book on The Poetic Genius of Sri Aurobindo thus:

“How shall we crown Sri Aurobindo? Is he greater as a Yogi than as a philosopher? Does the literary critic in him outtop the sociological thinker? Does he shine brighter as a politician or as a poet? It is difficult to decide. Everywhere Mount Everest seems to face Mount Everest.”

Being a poet himself , K.D. Sethna prioritises Sri Aurobindo the poet. And that is exactly what happens with each of the authors in this very welcome anthology. Anurag began his interviews in 2007 and it was not a minute too soon! Going through this fascinating collection, it is interesting how the disciple’s personality is reflected in his/her approach to Sri Aurobindo. Even more fascinating are the brief biographical notes on the interviewees. They come from varied background situations, some because of their parents, others because of a chance meeting with a devotee or an article.

The pride of place in this collection has gone to Noren Singh and Suprabha Nahar. Their father, Prithwi Singh Nahar who started the Ashram’s Publication department is a legend. Indeed, the entire Nahar family dedicated itself to the Mother and the work of Sri Aurobindo. Other names that we have known for a long time who speak to Anurag here include Pranab Kumar Bhattacharya, Arabinda Basu, Aster Patel and Prithwindra Mukherjee. Going through the pages carefully we realize why Sri Aurobindo assured us that all life is yoga. From Kiran Kumari we learn that her sadhana obviously included repairing stoves and typewriters. We also learn that Sri Aurobindo’s voice was ‘soft and sweet’.

Was it all absolutely heavenly in the Ashram, as for instance, we find in the House of New Creation in Savitri? Obviously not. There were arrivals and departures, short-sighted statements, deliberate misrepresentations, the injudicious dance of human ego. This is what makes the Ashram life natural; after all, this was a laboratory of the future in the making!

Expectedly, there is more of “Mother as we saw Her” than of Sri Aurobindo. This too is understandable for he was in seclusion, busy with his yoga and communing with his disciples through letters. Yet, there are many here who give us a fine picture of the Master to draw us closer to Sri Aurobindo’s personality.Though it was the Mother whom they saw often, Sri Aurobindo’s presence was inescapable, says Aster Patel:

“And the essence of Sri Aurobindo’s presence was very strong…His presence was there. One was not – I must say – overawed; one was completely at ease. That’s like – this is home.”

If almost all those speaking here come from traditional and not unoften idealistic households, Prithwindra’s legacy is certainly enviable. For he is a grandson of Bagha Jatin and himself a great achiever. The poet in him overflows his answers to Anurag’s pointed questions. The Ashram of those days?

“Spontaneous simplicity and beauty reigned everywhere like an aura from the Mother. She seemed to stand there to cure men and women from a long ugliness prevailing in colonized India externally and morally. People were happy in that healthy atmosphere of freedom, to serve Her, to love Her, to receive Her blessings.”

Can you describe the happiness of Brindavan days when the Lord came down to be one among the cowherds? We see Sri Aurobindo and the Mother as a brilliant haze watched through the shimmering veils of memory in the hearts of devotees, always a delightful experience. Anurag does bravely try to get some solid material, by his questions but they keep their distance like the Supermind!

Anurag: Do you know when would They return?
Jhumur: There is no deadline as such.

Anurag: Do you meet the Mother and Sri Aurobindo in the subtle physical?
Aniruddha Sircar: Not to my knowledge.

There lies the charm of this book. No two answers are alike. This experience of living in the presence of the Mother and Sri Aurobindo was certainly an extraordinary one and contained continents. For the interviewees in this book, it is a continuing experience. Perhaps Anurag’s persistence to know when Sri Aurobindo and the Mother would return gets answered silently. Where is the question of a return? They are already here! Strong, heroic souls all, these twenty-seven stars shed the Aurobindonian light for us as a clear statement of faith.

How can we have anything of Sri Aurobindo and the Mother without a touch of humour? That is provided by Lata when she describes her father’s argument with the airlines officials when he was coming to Pondicherry. No, I am not going to recount it. You will understand the real strength of the Aurobindonain movement in page 169!