Wish you a Happy Darshan Day!

On the occasion of Sri Aurobindo’s birthday an unpublished letter of his has been uploaded in the online forum of Overman Foundation.

The recipient of this letter—the late Umapada Sen—was an ardent devotee of Sri Aurobindo and the Mother since the early 1930s. Born on 16 August 1891 in the village of Khanjapur (now in Bangladesh), he passed his Entrance examination in 1909 from Krishnanath Collegiate School of Berhampore. After passing his Intermediate Arts examination from Krishnanath Jubilee College he joined the City College of Kolkata from where he obtained his B.A. degree with Honours in Philosophy. Having obtained his M.A. degree from Calcutta University in 1915 he joined the same school where he had received his primary education. It was due to his efforts that the primary school became a high school within a couple of years. He had also joined a law college affiliated to the Calcutta University and after obtaining his degree started his legal practice sometime around 1921. In 1934/35, he joined the Atharbari Estate as the Superintendent and later became the Manager and Dewan of Bhagyakul Estate and Gauripur Estate respectively. In 1946 he joined the newly-formed Mayurbhanj Spinning Mill as the legal adviser. He was associated with a number of projects related to social welfare especially women education and played a pivotal role in the establishment of an Ashram Centre at Rairangpur in 1949. He passed away at the age of seventy-two on 16 December 1963.

We are thankful to Mrs. Arpita Sengupta, youngest daughter of Umapada Sen, for allowing us to publish the letter of Sri Aurobindo which is seeing the light of day for the first time in the online forum of Overman Foundation. For the benefit of the reader Sri Aurobindo’s reply has been italicized. 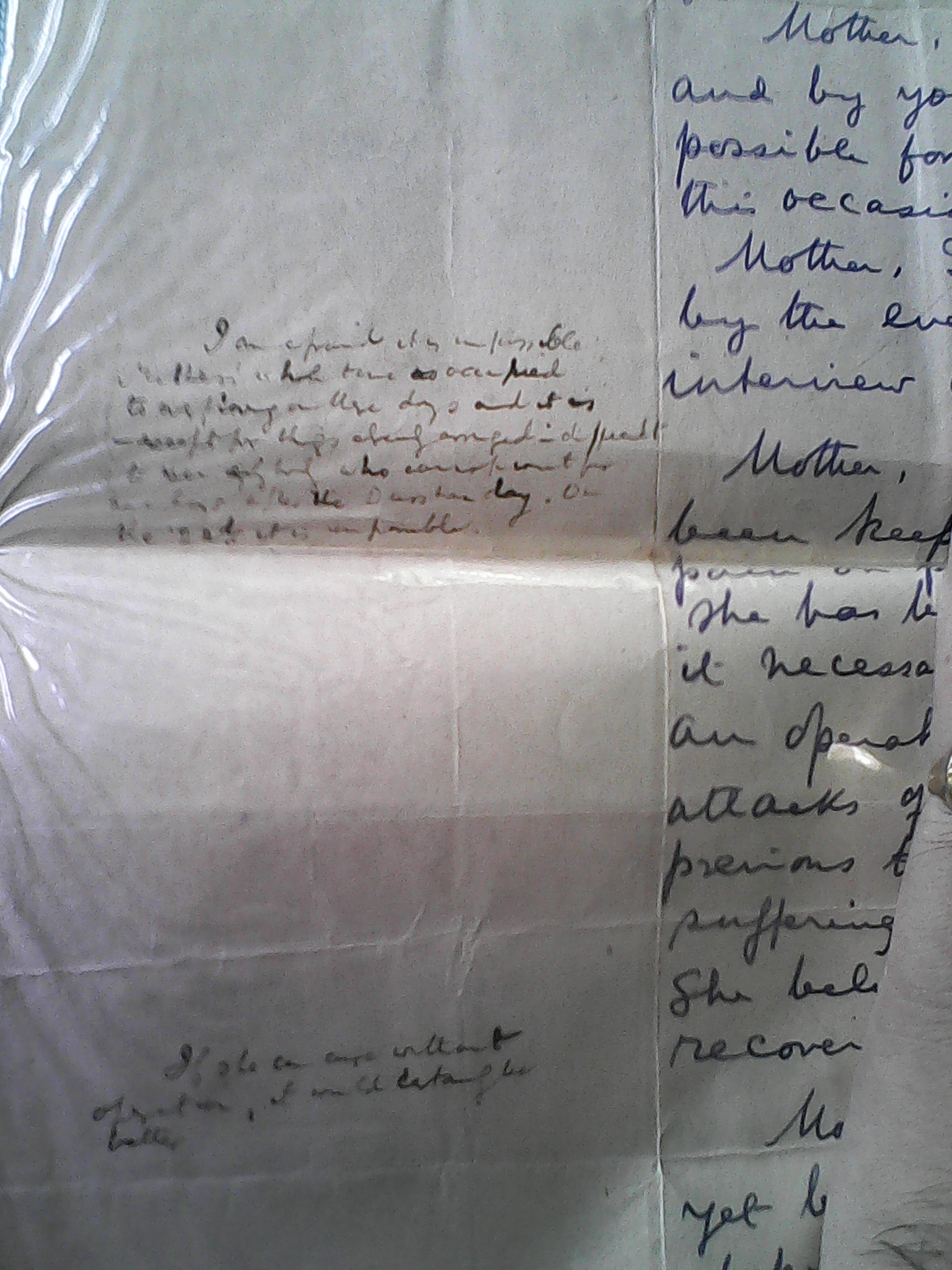 Kindly accept my pranams to you and Sri Aurobindo.

Mother, you have removed my difficulties and by your Grace, Mother, it has become possible for me to come for a ‘Darshana’ on this occasion.

Mother, I intend to leave on the 22nd inst. by the evening train and I pray for an interview with you on that day.

I am afraid it is impossible. Mother’s whole time is occupied  to overflowing on these days and it is—except for things already arranged—difficult to see anybody who cannot wait for some days after the Darshan day. On the 22nd it is impossible.

Mother, by your Grace, Surama has been keeping well. Though she gets slight pain on pressure over the appendix region, she has been regaining her health. Is it necessary, Mother, that she should undergo an operation for her appendix? She had attacks of “Colic” and amoeba dysentery previous to appendicitis and she has been suffering from leucomhoea [sic] for a long time. She believes that by your Grace , she may recover without operation.

If she can cure without operation, it would certainly be better.

Mother, the vital part in me has not yet been purified and I sometimes feel depressed when my surrounding circumstances become very adverse.

Mother, purify me and bless me that I may become a more fit instrument for Thy Manifestation.

I am your child
Umapada Sen.

6 Replies to “An Unpublished Letter of Sri Aurobindo”