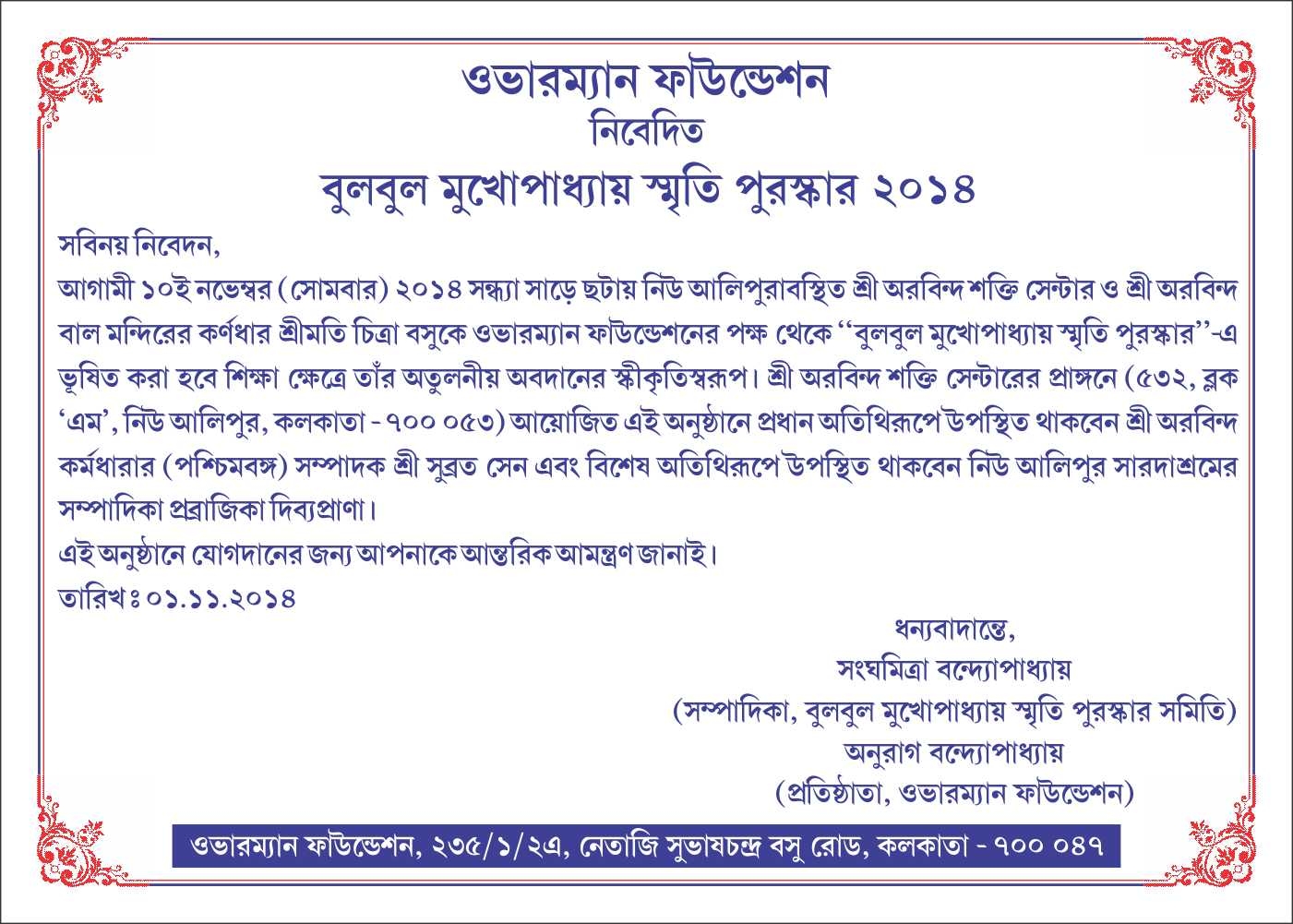 To recognize the invaluable contribution of individuals, especially women — the Shakti behind one and all — for their outstanding contribution in the fields of literature, art, education and music, Overman Foundation has started a new award — the “Bulbul Mukherjee Smriti Puraskar” — named after the late Bulbul Mukherjee (4.10.1934—15.8.1990). The inaugural “Bulbul Mukherjee Smriti Puraskar” was awarded to Mrs. Chitra Bose, Managing Trustee of Sri Aurobindo Sakti Centre Trust and Honorary Secretary-cum-Principal of Sri Aurobindo Bal Mandir (New Alipore, Kolkata) for her contribution in the field of education. 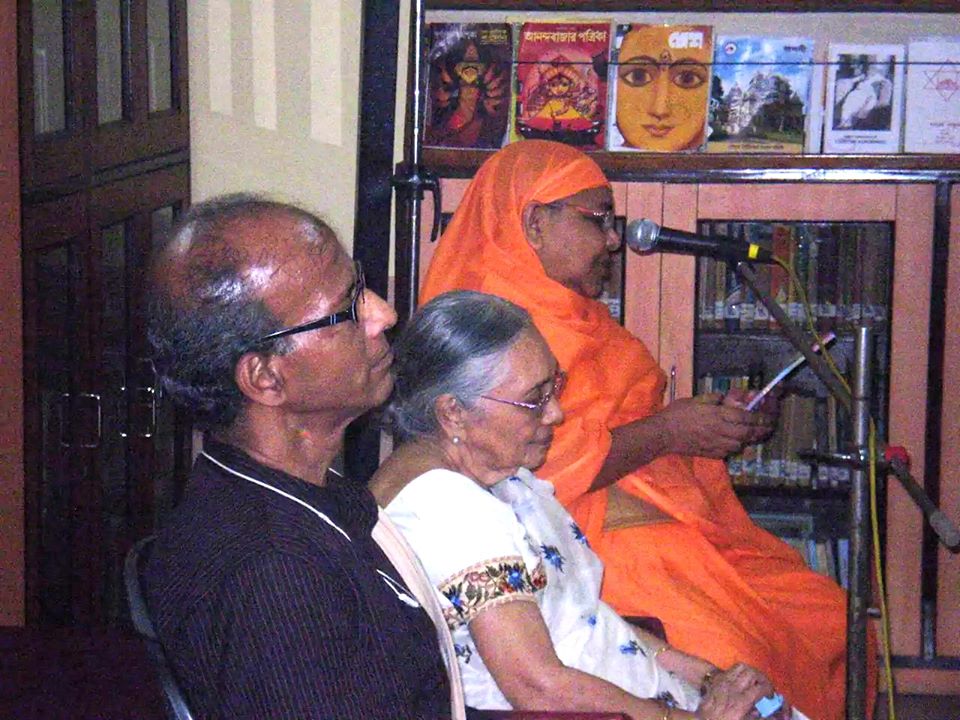 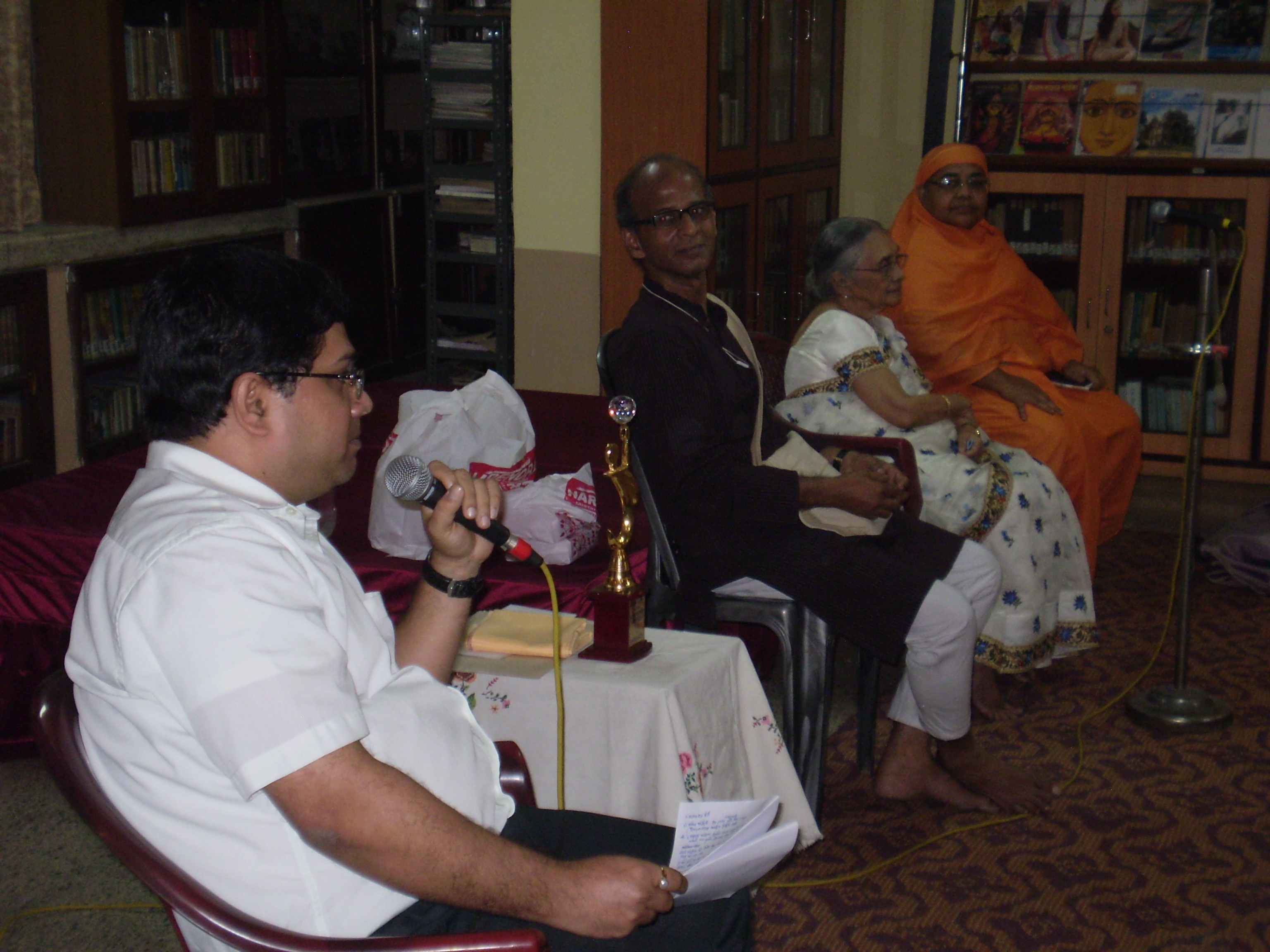 Apart from addresses by the guests, Mr. Partha Sarathi Bose, Trustee of Sri Aurobindo Sakti Centre, spoke on the journey of Sakti Centre from the past to the present and also read out the congratulatory messages sent by eminent Aurobindonians like Dr. Prema Nandakumar and Mr. Manoj Das of Sri Aurobindo Ashram (Pondicherry). 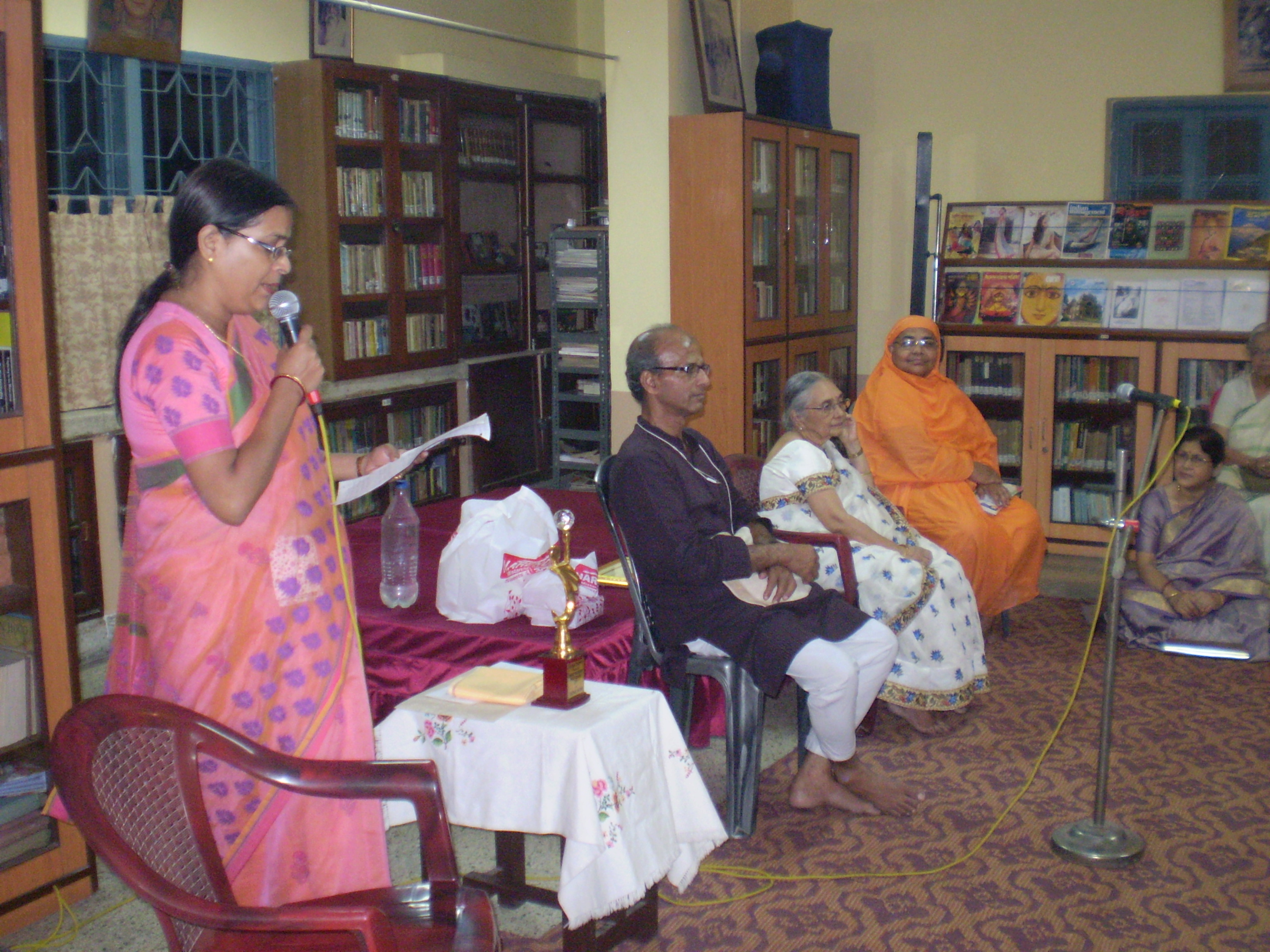 Mrs. Chitra Bose was presented with an angavasram by Mr. Anurag Banerjee; the certificate of “Bulbul Mukherjee Smriti Puraskar” was presented to her by Prabrajika Divyaprana Mataji and the trophy of the same by Mr. Subroto Sen.

In her acceptance speech, Mrs. Chitra Bose reminisced her childhood days and the legacy of her father late Harendra Nath Majumdar, a devotee of the Mother and the erstwhile Chairman of Sri Aurobindo Society, West Bengal, who was a minister in the cabinet of Dr. Prafulla Ghosh; her meeting the Mother at Pondicherry; starting of a kindergarten school in 1977 christened Sri Aurobindo Bal Mandir with only 5 students and mattresses to sit upon owing to lack of basic furniture in the then dilapidated building and bringing it up to be one of the eminent pre-primary schools of south Kolkata based on the ideas and ideals of Sri Aurobindo and the Mother, providing quality education with a present strength of more than 350 students in Nursery and Kindergarten sections. 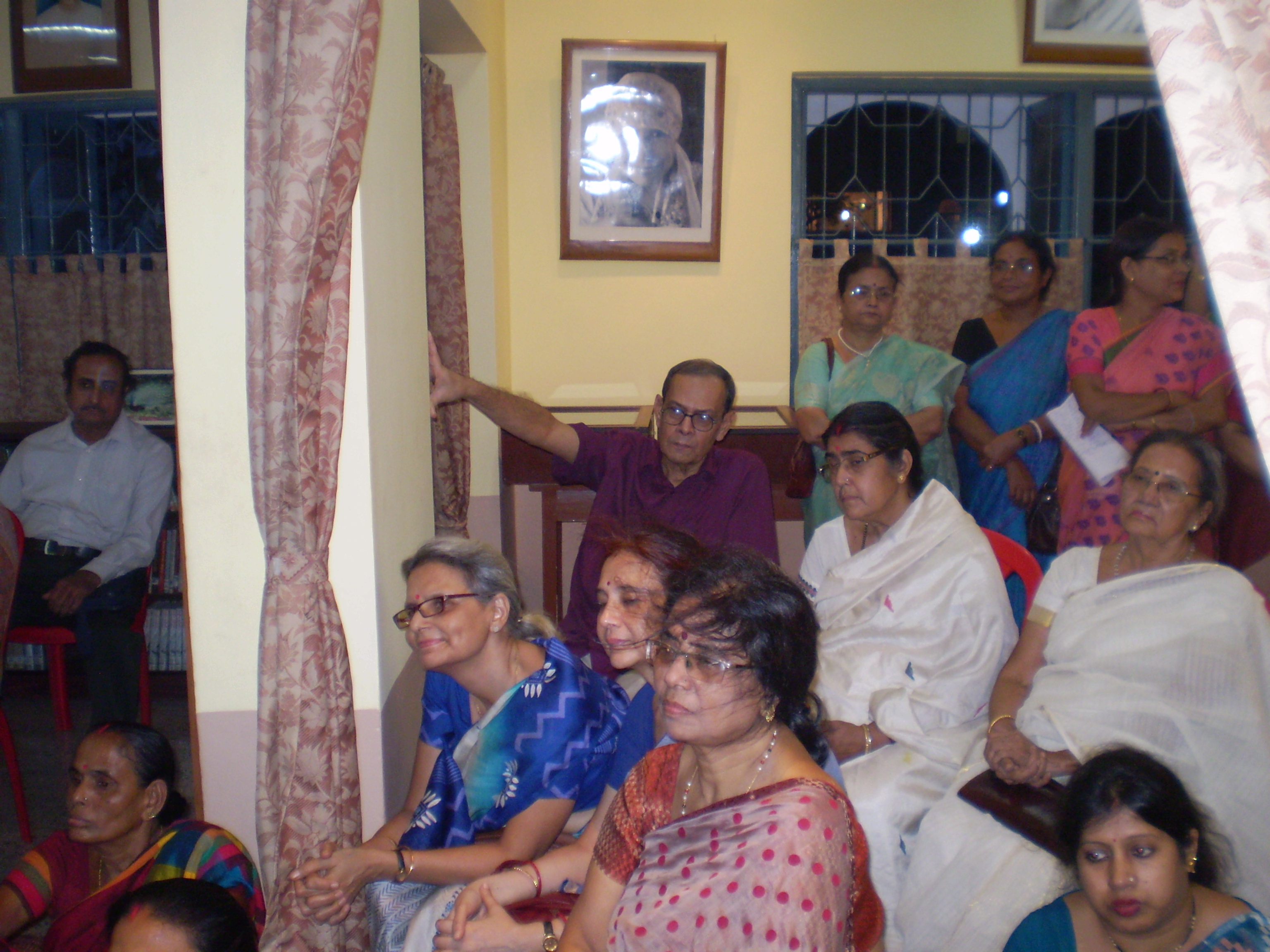