We are happy to present before our readers an extremely well-researched article, from the pen of world-renowned researcher Dr. Prithwindra Mukherjee, on how Mattéo Alfassa, the elder brother of the Mother, had prevented Sri Aurobindo from being expelled from Pondicherry. 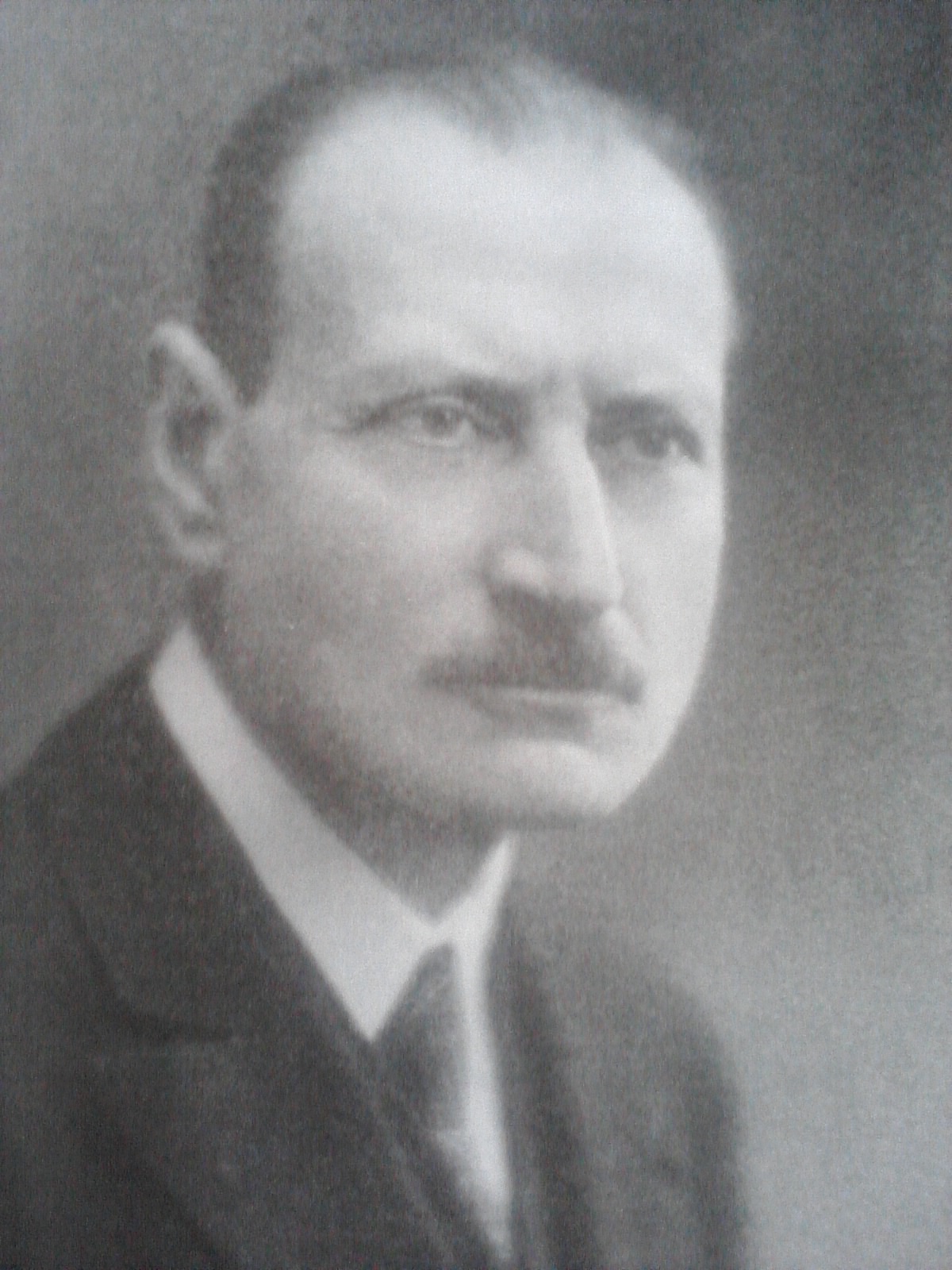 Shortly before the outbreak of World War I, seriously concerned by the enigmatic presence of Sri Aurobindo in Pondicherry (the then capital of French India), the British authorities urged Paris to expel the revolutionary leader and, preferably, deport him to some French colony like Algeria.

Albert Lebrun (1871-1950), the French Minister for the Colonies, on receiving the file, asked his indispensable Chief Adviser Mattéo Alfassa (1876-1942) to handle the matter. In his long and successful career as the President of the Senate (1931) or the President of the Republic (1932-1940), Lebrun was never to regret consulting this esteemed friend on important issues. The admiration of Lebrun for Alfassa was to become evident by the highest honours that the Government conferred upon the latter.

Contrary to his sister Mirra Alfassa (1878-1973) who had since her childhood the vocation of a mystic, Mattéo was a strong rationalist with an ardour for justice and truth. Mostly under the pseudonyme of Pierre Ma, he expressed his views in numerous articles published regularly in the daily Aurore and in periodicals like Revue politique et parlementaire, Grande Revue, Bibliothèque universelle etc. In the voluminous files of the Claude Biollay Case—another instance of discrimination against an engineer of Jewish origin, like the famous Dreyfus—we come across an inspired letter by Mattéo Alfassa to Anatole France whom he often met in the company of his sister.

At the age of eighteen or so, however, as a candidate at the coveted Polytechnique school of engineers, one day, while crossing a bridge over the Seine, Mattéo seems to have felt something formidable and luminous descending upon him with such a force that he had to stand almost paralysed; and a voice had uttered : “If you want, you can become a god !” And immediately his reaction had been to protest : “No! I want to serve humanity !”

As a complementary character, not only did he love his sister but, also, he helped her in her path of inner discoveries. It was through Mattéo that, in 1904, Mirra had known Themanlys, author of My Life among Great Initiates, and the fabulous Max Théon who—with his wife Alma—was to reveal before Mirra a series of realities belonging to the occult world; Mirra was to spend several months experimenting with them, in 1905 and 1906, in their vast property at Tlemcen in Algeria. It was also with Mattéo as collaborator that Mirra conducted, during the years preceding World War I, in Paris—rue Lemercier near place Clichy (in the spacious studio of her husband Henri Morisset, a distinguished painter)—the study group called IDEA, devoted to philosophical quests. Members of this club were artistes from all walks of life, writers, civil servants, critics and philosophers : they all aimed at improving the quality of life and all that concerned it. Mattéo believed that the purpose of all religions and all philosophies is to fight against ignorance, disease and death, and attain truth and happiness.

Fully approving the spiritual seeking of his sister Mirra, Mattéo had known that since March 1914 Mirra had found the Master she had been awaiting : he was in Pondicherry and his name was Sri Aurobindo. Informed about the way the Master had been harassed by the British police owing to his revolutionary antecedents and his endeavour to set India free from foreign rule, Mattéo had learnt to have high regard for Sri Aurobindo. Therefore, without any hesitation, he transferred the mischievous file from the tray of documents to be ratified to a hidden corner of his drawer. From there, the next step was to be oblivion. It is obvious that Mirra in our story will be known all over the world as The Mother, revered by thousands of spiritual seekers down more than three-quarters of a century.

Appointed Governor in Central Congo after the War, Mattéo spent more than fourteen years of his life devising and constructing the most audacious 512-kilometre long Congo-Océan railway, connecting Brazzaville to Pointe-Noire. In the absence of fast-moving vehicles, he enjoyed the dare-devil airlifts given to him by his pilot friend, Robert Landiech. Instead of regular seats, those light aeroplanes accommodated their select passengers in squatting position. At times, on urgent mission, Mattéo flew back to Paris on these risky gadgets. He like his sister loved speed and adventure, not only in the inner worlds but on the external surface of the globe, too.

Two years before retiring, Mattéo went to Martinique as the Governor-General. But the next year, in 1935, he was transferred to Sudan. This short errand left such a memory in the minds and the hearts of the Martiniquais that the most important boulevard in Fort-de-France bears today the name of Mattéo Alfassa. In prefacing the biography of Mattéo by Jean Benilan, the General Brossé names a few famous explorers and comments that they could have achieved nothing without the behind-the-curtain deeds of collaborators of real merit like Alfassa : “…One of the most prestigious figures of French colonial history…

“Relentless worker, methodical, gifted with a scrupulous conscience, he owed his promotions solely to the service he rendered… A mind extremely understanding, he constantly looked into the thought of his superiors before proceeding to his unflagging and prolific activity… Wherever he went, people have obeyed, respected and—most of the time—loved him… An intelligence capable of grasping everything, a memory apt to remember everything, (…) work to him was a necessity, assimilation a pleasure… Such was this man, extraordinary in the etymological sense of the word…”

In his Talks with Sri Aurobindo, Nirodbaran quotes the Master : “The Mother’s brother, after retiring from governorship in Africa, has been doing a lot of things… He did a great deal in Africa, but other people got the benefit. It is men like him who built up France and also made it possible for the Ashram to continue here. Otherwise I might have had to go to France or else to America… When the Mother came here and I met her, her brother got interested. These things look like accidents, but they are not. There is a guidance behind these events.”

About the Author: Born on 20 October 1936 to Tejendranath and Usha Rani, Dr. Prithwindra Mukherjee is the grandson of the famous revolutionary Jatindranath Mukherjee alias Bagha Jatin. He came to Sri Aurobindo Ashram in 1948, studied and taught at Sri Aurobindo International Centre of Education. He was mentioned by the Sahitya Akademi manuals and anthologies as a poet before he attained the age of twenty. He has translated the works of French authors like Albert Camus, Saint-John Perse and René Char for Bengali readers, and eminent Bengali authors into French. He shifted to Paris with a French Government Scholarship in 1966. He defended a thesis on Sri Aurobindo at Sorbonne. He served as a lecturer in two Paris faculties, a producer on Indian culture and music for Radio France and was also a freelance journalist for the Indian and French press. His thesis for PhD which studied the pre-Gandhian phase of India’s struggle for freedom was supervised by Raymond Aron in Paris University. In 1977 he was invited by the National Archives of India as a guest of the Historical Records Commission. He presented a paper on ‘Jatindranath Mukherjee and the Indo-German Conspiracy’ and his contribution on this area has been recognized by eminent educationists. A number of his papers on this subject have been translated into major Indian languages. He went to the United States of America as a Fulbright scholar and discovered scores of files covering the Indian revolutionaries in the Wilson Papers. In 1981 he joined the French National Centre of Scientific Research. He was also a founder-member of the French Literary Translators’ Association. In 2003 he retired as a researcher in Human and Social Sciences Department of French National Centre of Scientific Research in Paris. A recipient of ‘Sri Aurobindo Puraskar’, in the same year he was invited by Berlin Philharmonic Orchestra for the world premiere of Correspondances, opus for voice and orchestra where the veteran composer Henri Dutilleux had set to music Prithwindra’s French poem on Shiva Nataraja, followed by texts by Solzhenitsyn, Rilke and Van Gogh. In 2009 he was appointed to the rank of chevalier (Knight) of the Order of Arts and Letters by the Minister of Culture of France. In 2014, he was decorated with the Hirayama Award by the French Academy for his lifetime contribution. In 2015, proposed by the Minister of National Education, the French Prime Minister had promoted him to Chevalier (Knight) in the Order of Academic Laurels (Palmes académiques). He has penned books in English, Bengali and French and some of his published works include Samasamayiker Chokhe Sri Aurobindo, Pondicherryer Dinguli, Bagha Jatin, Sadhak-Biplobi Jatindranath, Undying Courage, Vishwer Chokhe Rabindranath, Thât/Mélakartâ : The Fundamental Scales in Indian Music of the North and the South (foreword by Pandit Ravi Shankar), Poèmes du Bangladesh, Serpent de flammes, Le sâmkhya, Les écrits bengalis de Sri Aurobindo, Chants bâuls, les Fous de l’Absolu, Anthologie de la poésie bengalie, In Quest of the Cosmic Soul and Les racines intellectuelles du movement d’independence de l’Inde (1893-1918) ending up with Sri Aurobindo, “the last of the Prophets”.