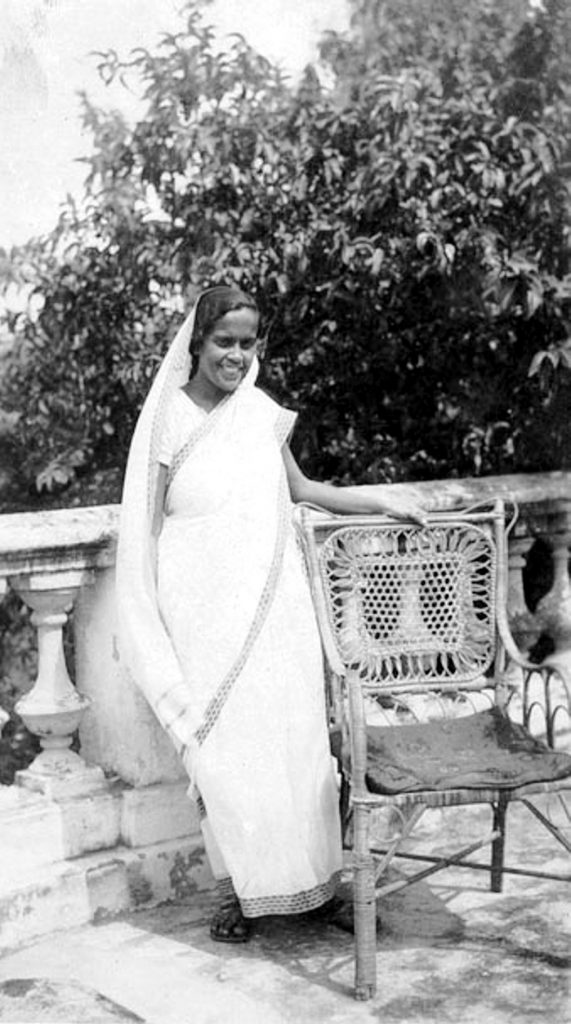 4 April 2020 marks the 110th anniversary of Sri Aurobindo’s arrival in Pondicherry which went on to become the ‘cave’ of His ‘tapasya’. On this special occasion, we are sharing with our readers a dream-vision of Sahana Devi about Sri Aurobindo’s Supramental World.

Born with a golden voice, Sahana Devi (17.5.1897—6.4.1990) was one of the foremost singers of Bengal. A niece of Deshbandhu Chittaranjan Das, she was a favourite of Rabindranath Tagore who deeply admired her singing skills. Following a failed marriage (which took place on 18 February 1916), she turned to the yoga of Sri Aurobindo and the Mother. She arrived at Pondicherry on 22 November 1928 and became an inmate of Sri Aurobindo Ashram. Her published works include titles like Smritir Kheya, Nirajana and Sri Aurobindo-er Patrosampad o Sri Aurobindo-er Mahaprayan.

On the 1st of August 1986 at about 2.30 a.m. I had a marvellous experience while I was in deep meditation. The Mother’s grace gave me the golden opportunity to see something of Sri Aurobindo’s Supramental World. O what a revelation of a Supreme Reality which surprassed all that we know of humanity and divinity! A grand illumined future full of hope opened wide before me and evoked in me a spontaneous reliance on it.

I do not know how to convey its wonderfulness, how to bring it home to people with the poor capacity of expression that I have.

I saw afar, coming into view from beyond the border-line of the horizon, straight from north to south, up to the furthest reach of sight, a vast limitless, unending, immeasurable space radiating with an ineffable golden hue. My eyes were at once focused in that direction and the sense of my entire being got lost in the magnificence of the incomprehensible animated vision. Although what I saw was but a part and not the whole, glimpses of the immensity of the unmanifested unknown whole were flashing out through it. It was also permeated with the presence of that whole. And then I was surprised to see a heavenly figure, Purusha Mahān—a divine being, aglow with supernal light, a mass of living gold, sitting at the southern end of that expanse, on an elevation facing northward. Only his profile could be seen, looking with firm, steady, penetrating eyes straight at the opposite end, as if something waited to come out from behind the veil of the horizon. His concentration on it was one-pointed. Here was a figure so majestic, calm and solemn that all my being was thrilled beyond description. And yet I felt him as most intimately known, as if he were my very own. With utter reliance and with an exuberance of joy I cried out, pointing to the figure, “Look, look, there is our Lord Sri Aurobindo with his Supramental World! It has come near, it is no more distant!”