Shri Subrata Sen spoke about relationships in the light of Sri Aurobindo and the Mother. According to him, man loses his natural instincts with the development of his mental faculties and personality; as a result complications in relationship emerge. Such complications arise primarily due to alienation and emergence of ego. He also discussed how the vital being in man gives rise to problems of harmony, integrity and lack of homogeneity. He quoted from and discussed elaborately selected passages from Sri Aurobindo’s letters which threw sufficient light on how problems in relationships could be solved successfully. 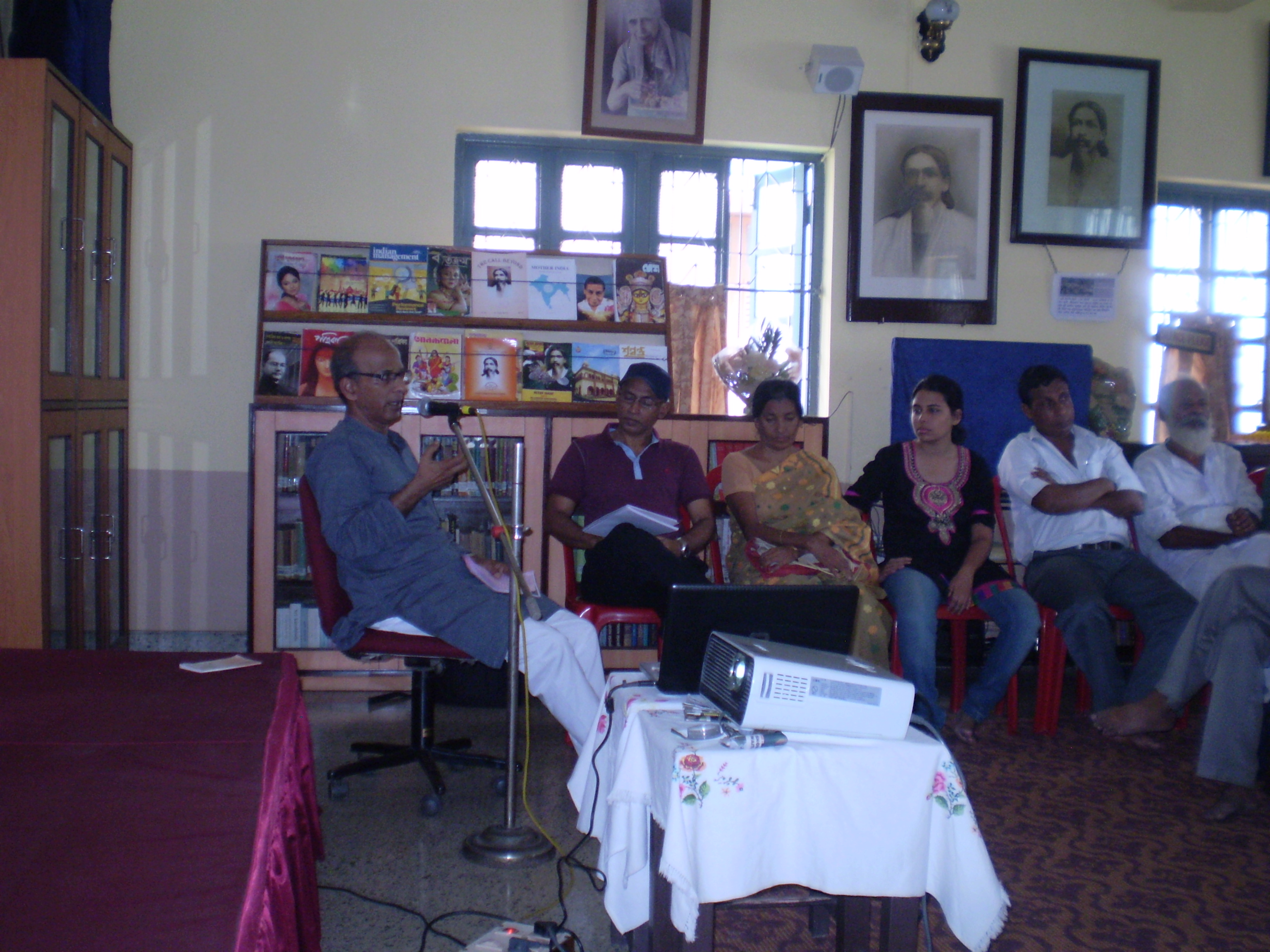 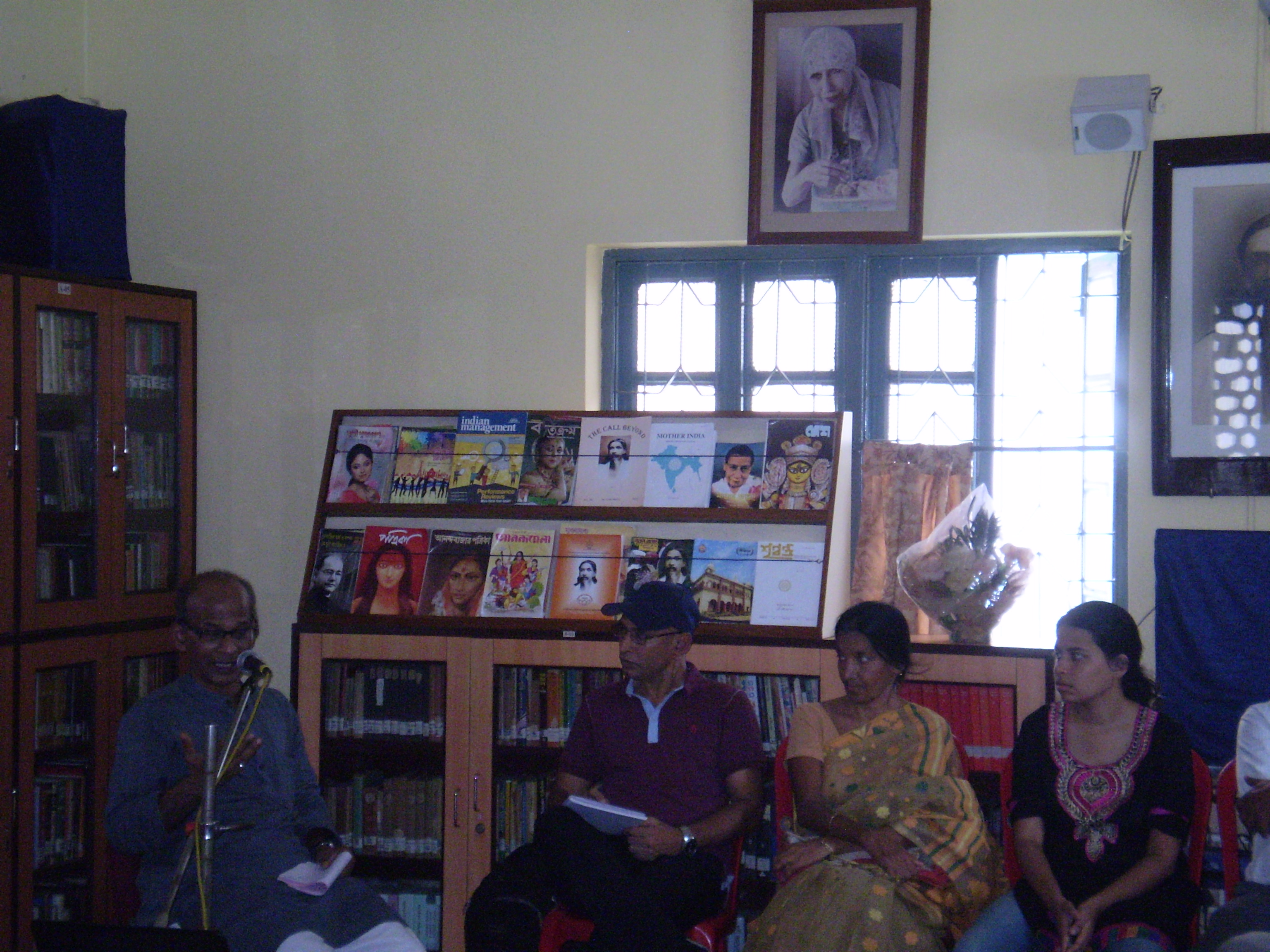 Shri Goutam Banerjee spoke about relationships in the light of Shrimat Anirvan. He briefly narrated the life-sketch of the saint and spoke at length about the practical spirituality preached by the latter. He spoke about the importance of undivided families as preached by Shrimat Anirvan and also discussed how the saint had emphasized on the role of women in creating a perfect society. According to him, a given relationship has three major aspects: (1) attraction (2) mutual influence (3) the combination of attraction and mutual influence which expands one’s consciousness which, in turn, establishes the foundation of a perfect society. He explained how Shrimat Anirvan considered man to be a part of the gradually manifesting Truth whose prime field of development was man himself with values playing a pivotal role. He also discussed how disharmonies in relationships could be successfully avoided if Shrimat Anirvan’s advice of focusing on the fields of dislikes is followed instead of rejecting individuals whom we dislike due to some or many reasons. He also added that difference of opinion should be looked upon as an opportunity of progress because without complications no real progress can be materialized. He concluded that it was essential to have faith within as a result of which Truth will duly manifest itself. 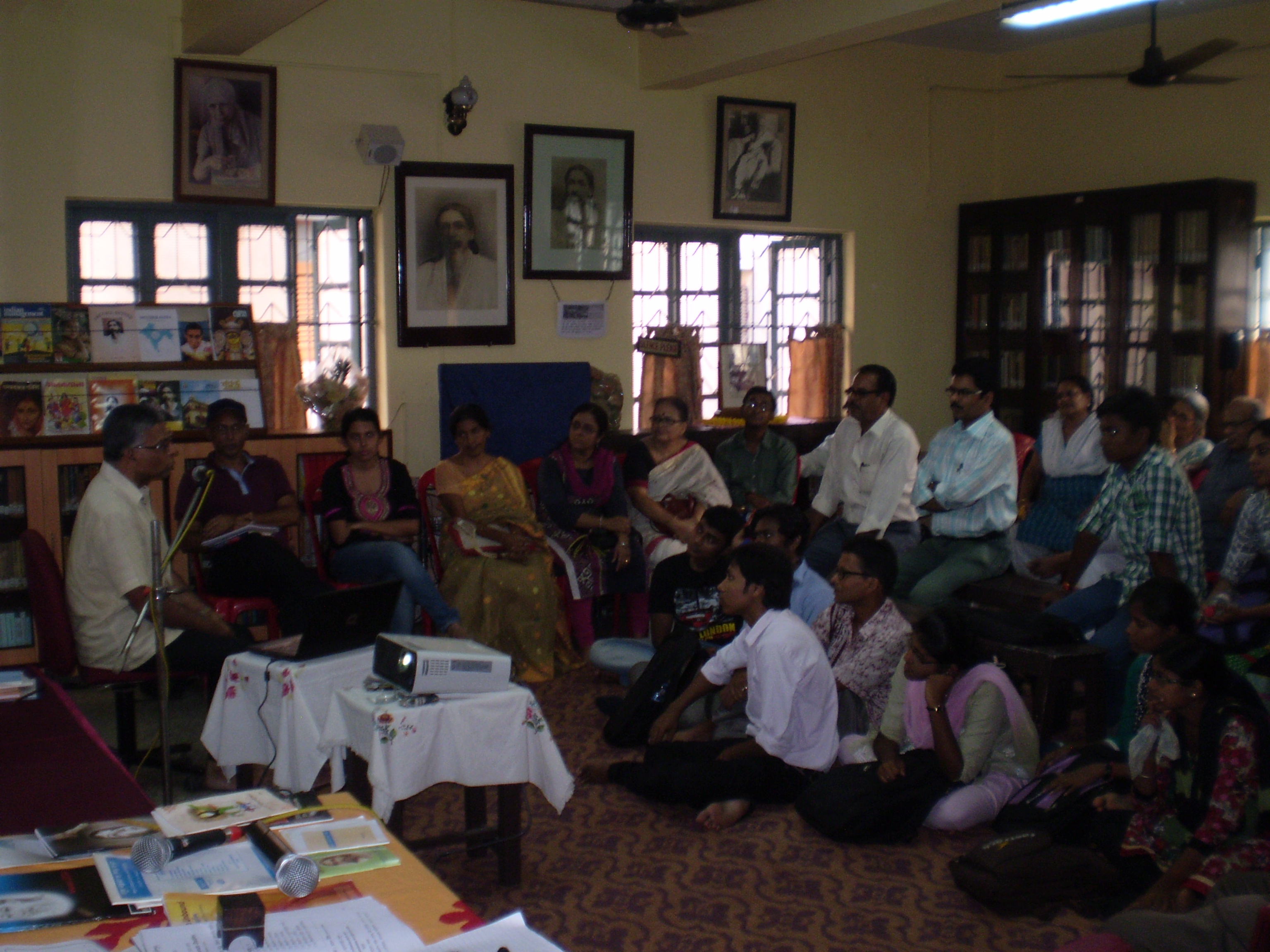 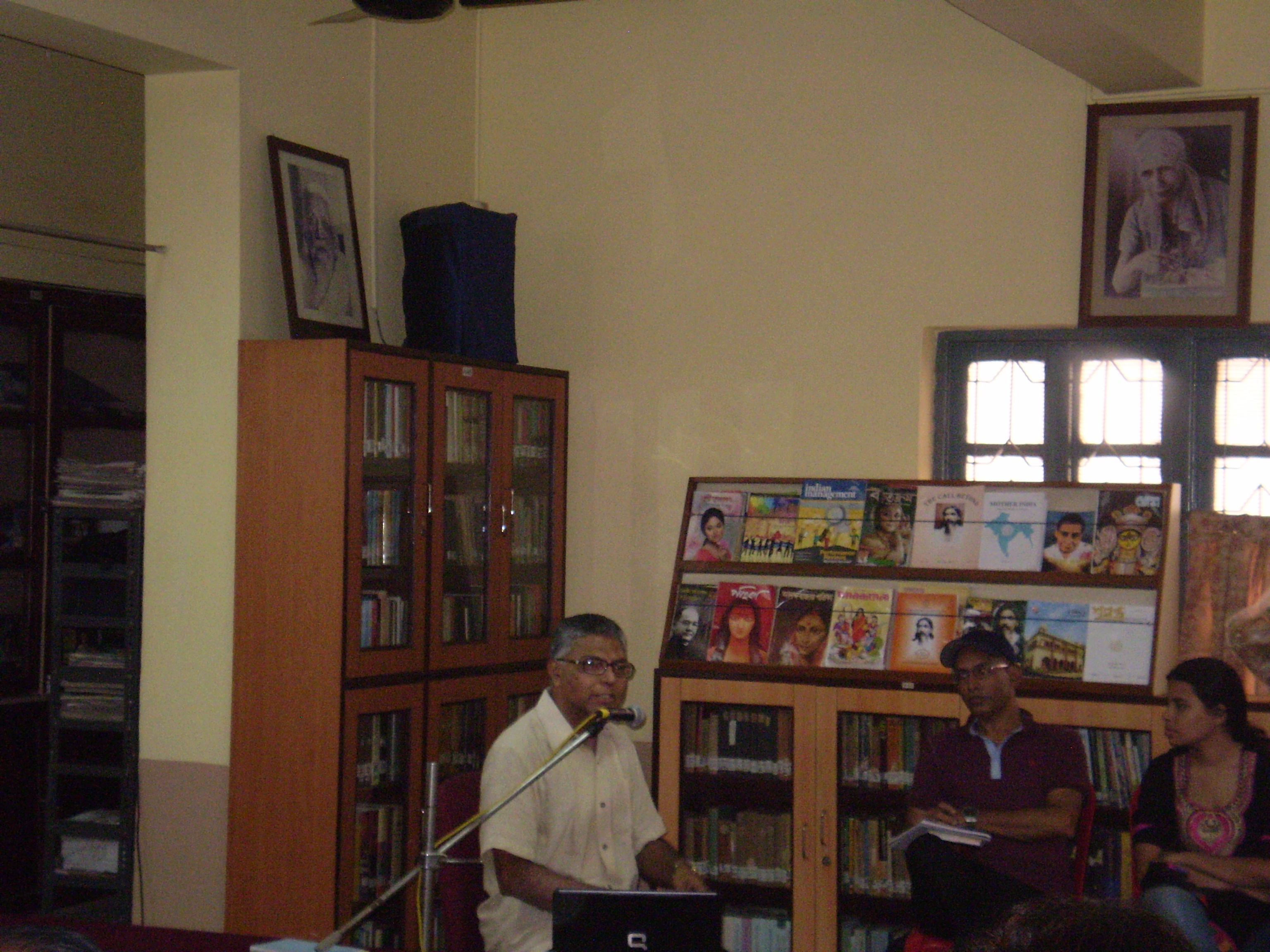 Smt. Srabasti Majumdar—a social reformist and Ph.D scholar associated with the Department of Women Studies at Jadavpur University—spoke on the structure of families as a system operating within specific social contexts. Through an informative power-point presentation, she explained how the structures of family operates as an open, socio-cultural system having a dynamic entity and adapts to changed circumstances to maintain continuity and enhances the psycho-social growth of each member. She also discussed the various sub-systems which form a part of the whole or Holon—that is, a structured family therapy that implies the part and whole connected. The various subsystems of family as discussed by her are as follows: (1) Spousal subsystems where the couple must give away part of the separateness to gain belongingness. (2) Parental subsystems where parents nurture, guide and controls the children. (3) Sibling subsystems which include certain boundaries which are (i) clear-firm and yet flexible allowing a degree of autonomy. (ii) rigid implying disengagement within and between systems, that is, family members are isolated from one another. (iii) diffused which is characterized by enmeshed relationships. She also spoke of conflicts which occur in families due to (i) stressful contact of one member with extra familial forces. (ii) stressful contact of the whole family with familial forces. (iii) stress at transitional points in the family and (iv) stress around idiosyncratic problems. These problems can be solved, according to her, by empathy, regular/repeated communication, assertive communication, supportive communication, counseling and family therapy. 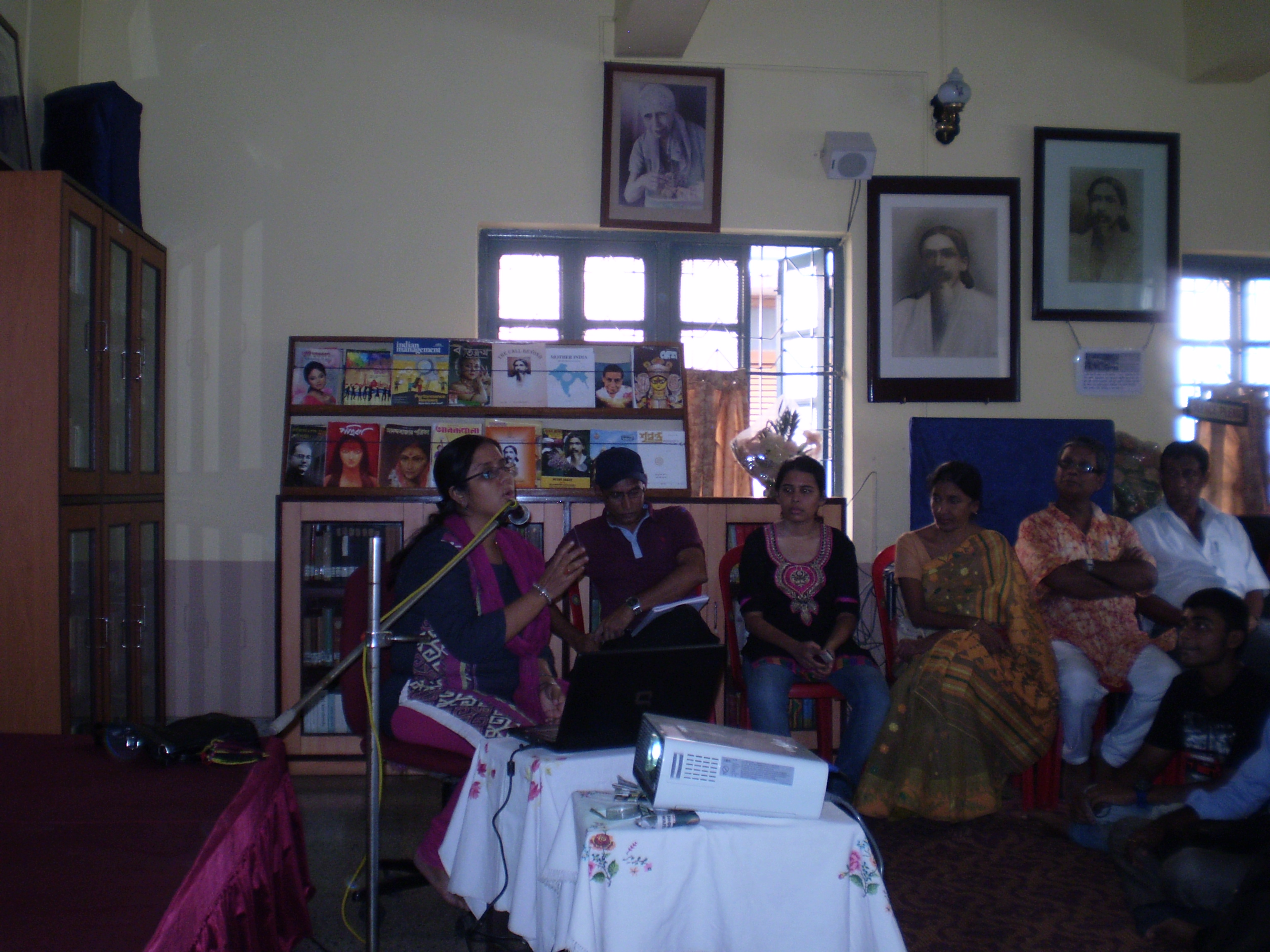 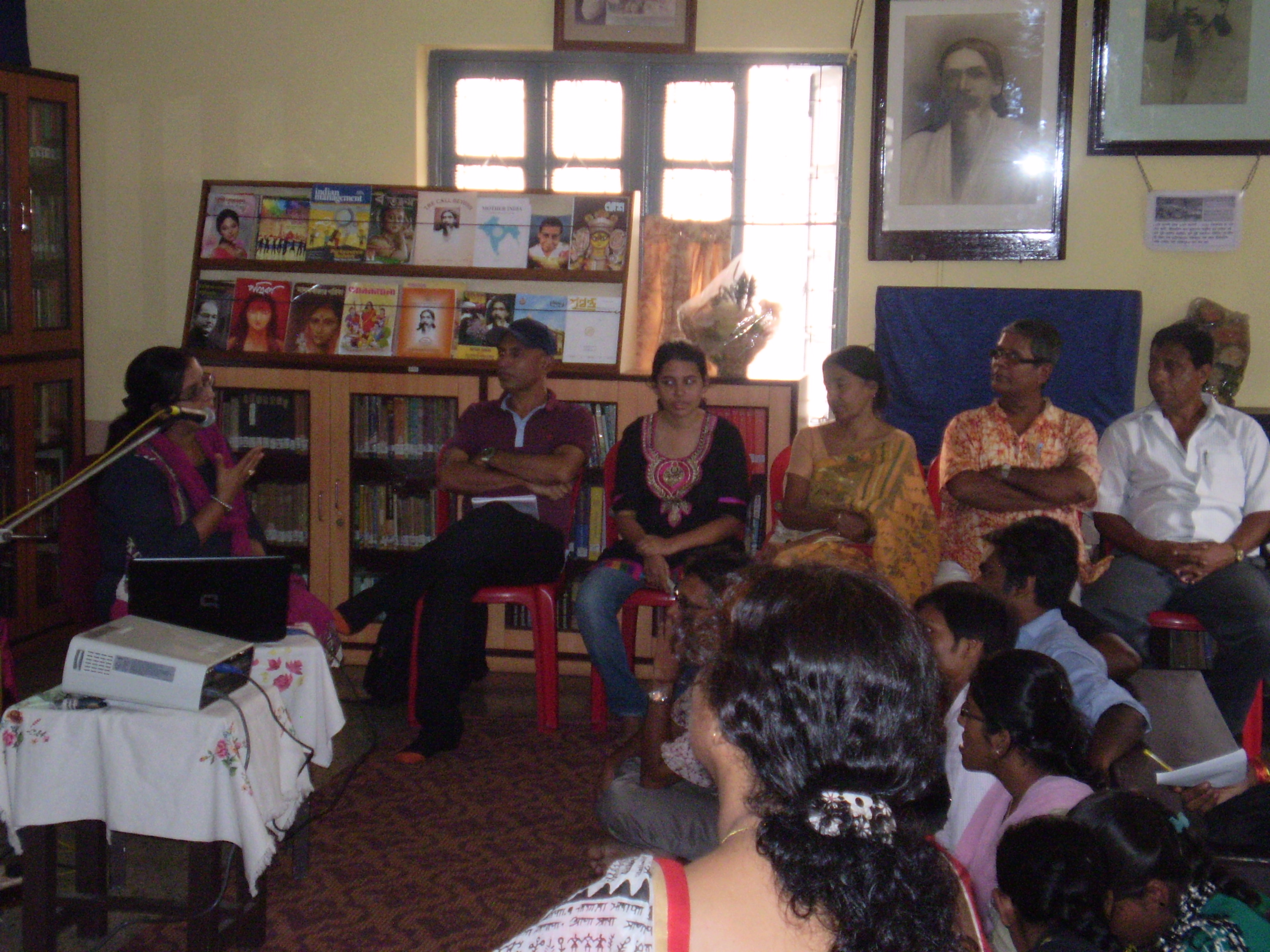 The most thought-provoking workshop was on “Relationships at Workplace” conducted by Shri Partha Sarathi Bose. Through a power-point presentation, he divided the various levels of relationships into three categories (co-workers, boss-subordinate relationship and stakeholders), pointed out the types and reasons of conflicts that arise at each level and explained how the conflicts can be solved by considering some basic practical points. For instance, conflicts among co-workers can be solved by keeping in mind that:
• Each one of us is different from other.
• There is no ONE correct approach.
• Give importance to the opinion of others.
• Do not take things personally.
• Avoid gossip.
• Do not expect.

Shri Partha Sarathi Bose also quoted relevant passages from Sri Aurobindo’s Letters on Yoga to show how Sri Aurobindo too has given significant guidelines to solve problems arising at workplace. He also narrated a number of real-life incidents to illustrate the various points he discussed. 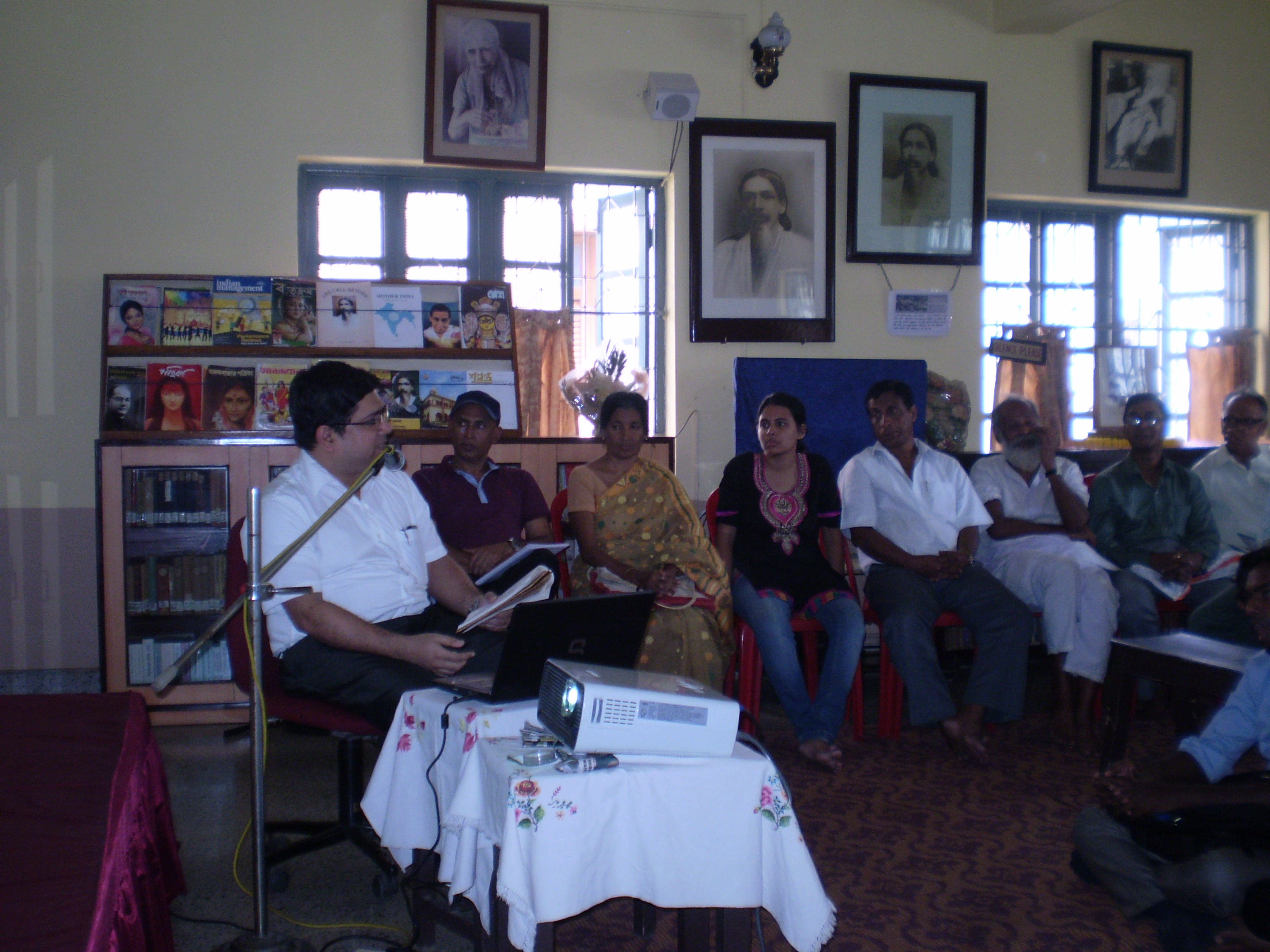 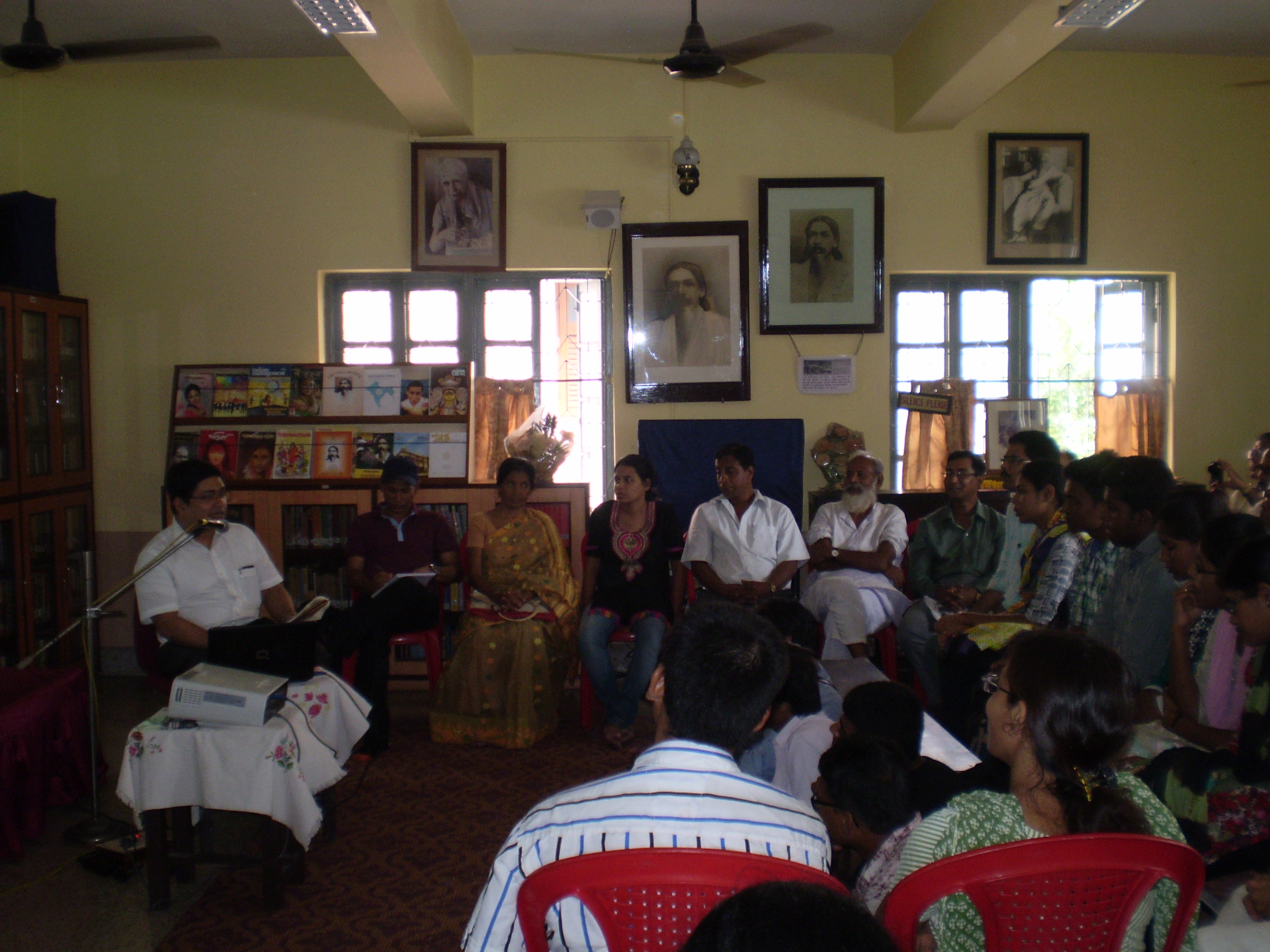 The workshop ended at 4 p.m. and was followed by an interactive session between the speakers and delegates. 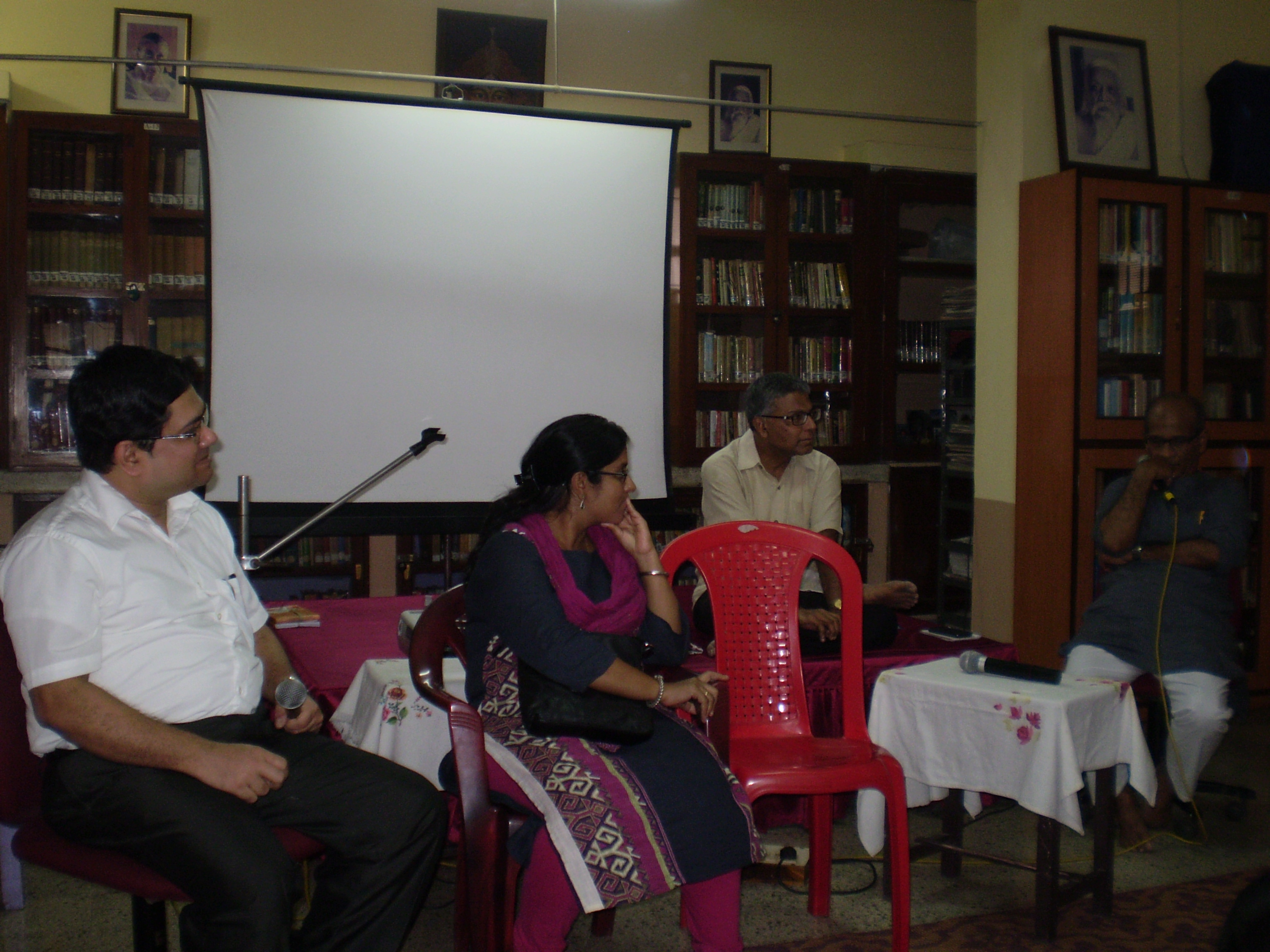 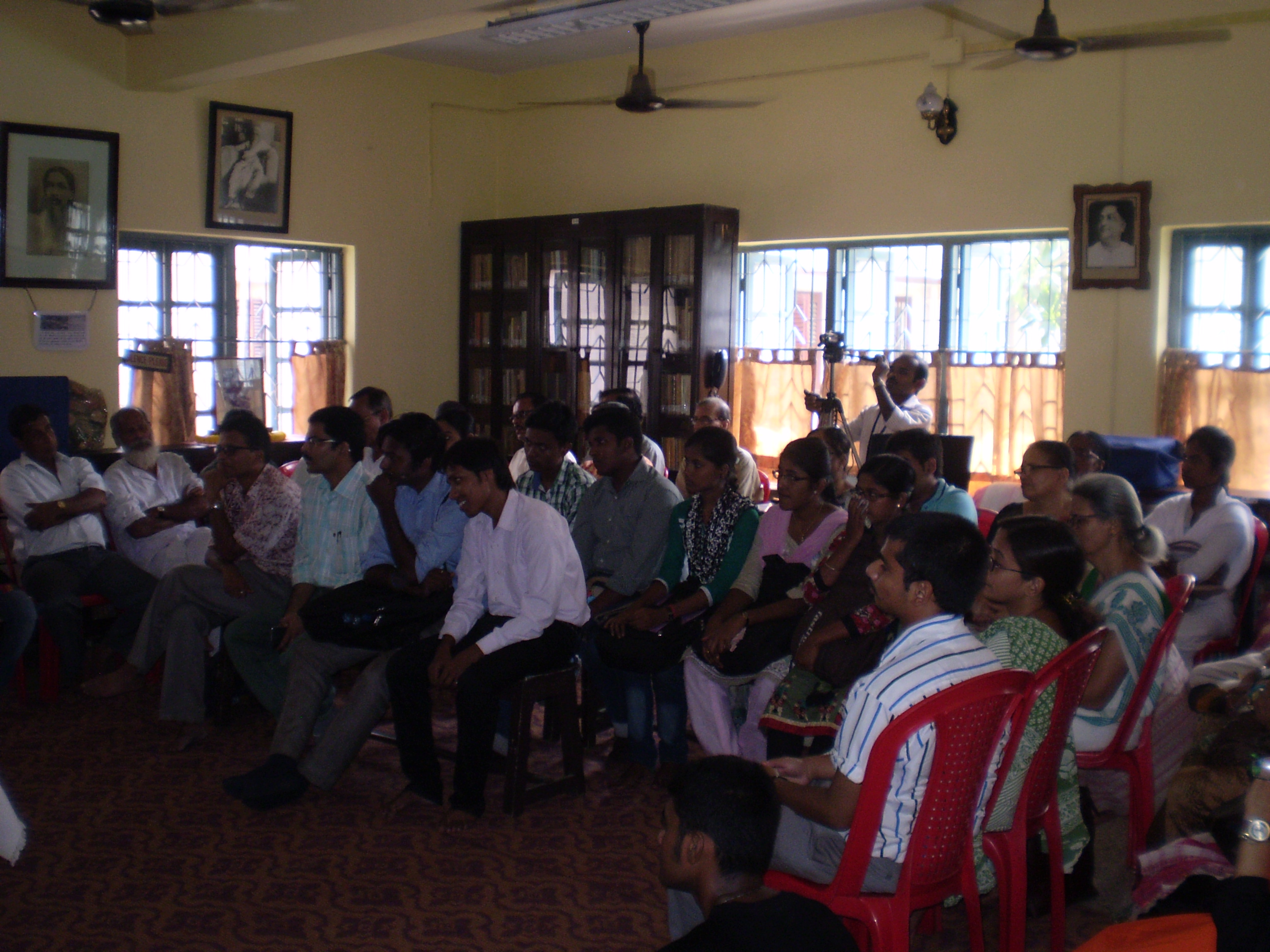 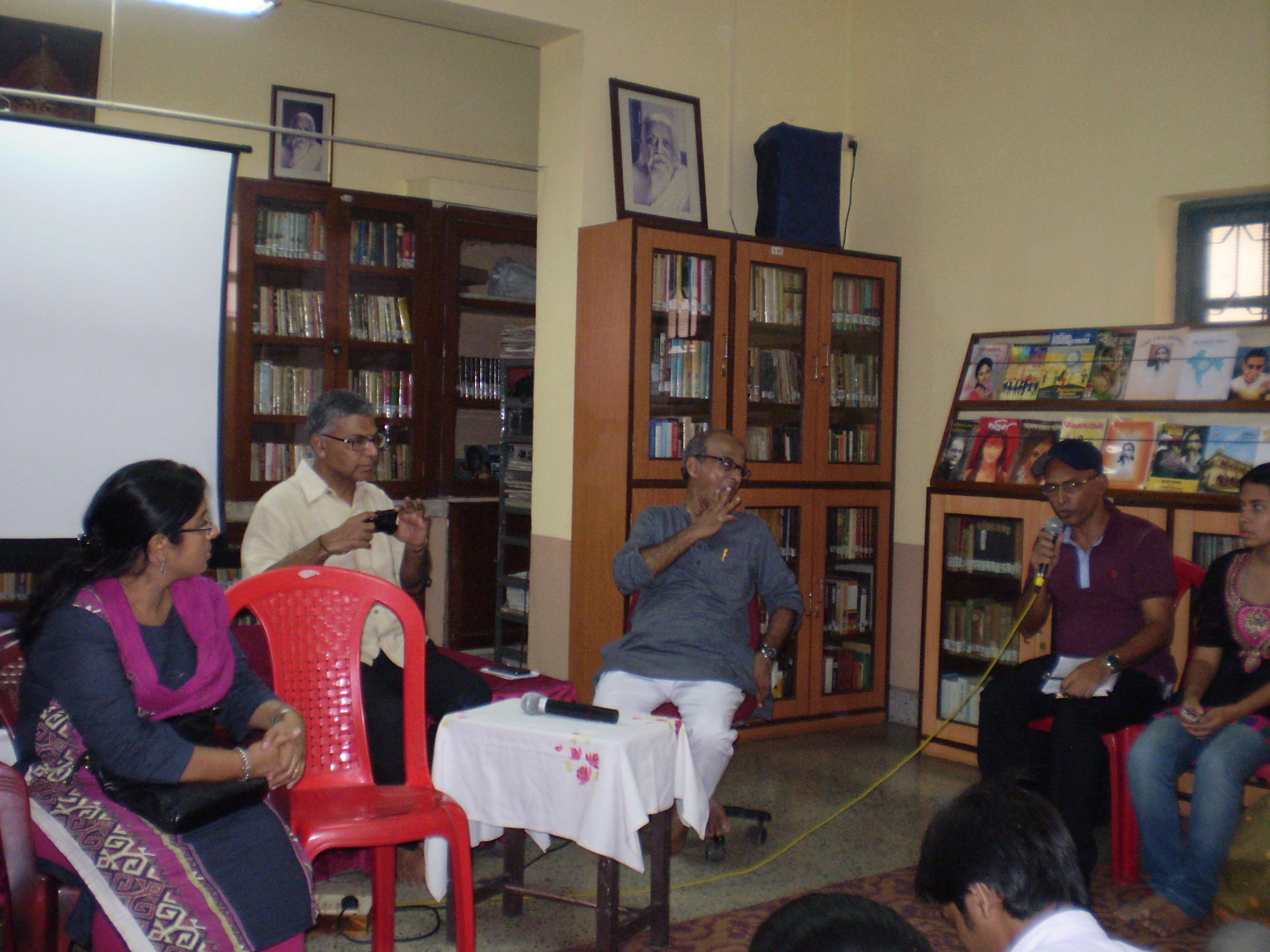 One Reply to “Workshop on Relationships—Its Complications and Solutions: A Report”