Nolini Kanta Gupta, Suresh Chandra’s gurubhai, had paid a touching tribute to him after his demise in Bengali the translation of which is as follows:

“Suresh Chakraborty sometimes used to say that he was only a litterateur and not a yogi, sadhak or a spiritual person. But when he was questioned that how and why then was he in the Ashram for such a long period, he smiled and said with some hesitation—it was difficult for one who had come closer to Sri Aurobindo to stay away from him. What else could be the identity of a yogi or a sadhak apart from this is not known to me. Suresh Chandra abhorred pretensions and superstitions. His was a straight, one-pointed, clear vision. Many people identify yogis with frauds—sadhana means to the masses certain artificial ways or practise of austerities and penances. But if being spiritual means the highest manifestation of the consciousness and immense development of the self—which is nothing but Sri Aurobindo’s sadhana—then Suresh Chandra was undoubtedly a follower of the Path. His devotion to literature was a part of the sadhana of his soul.

“When Suresh Chandra had come to Sri Aurobindo, he was a young boy of sixteen—from sixteen to sixty. Suresh Chandra was nothing but a product created by Sri Aurobindo. After Sri Aurobindo had left his body, he was heard saying—now it was their turn. The Body to which his body was so close, it was expected that with the absence of the Body, his body would too feel displaced and this explains why he left so suddenly and quietly.

“But as Sri Aurobindo has not gone away—he is doing his work from a different plane, similarly his closest companions too are with him—they are associated with him as the workers of his Work even after death just as they had been when they were alive.”

Suresh Chandra was a poet and the author of more than a dozen books. His literary creations earned him the praise of Sri Aurobindo, Rabindranath Tagore and Pramatha Chowdhury to name a few. He is best known for his book Smritikatha (Reminiscences) which includes a series of articles refuting the distorted facts about Sri Aurobindo’s journey from Calcutta to Chandernagore and then to Pondicherry.

For more than four decades most of the works of Suresh Chandra both in prose and poetry have been out of print. But thanks to Shri Dipak Gupta, all the published and unpublished works of the said author have been published in four volumes. The details of each volume and its price are as follows: 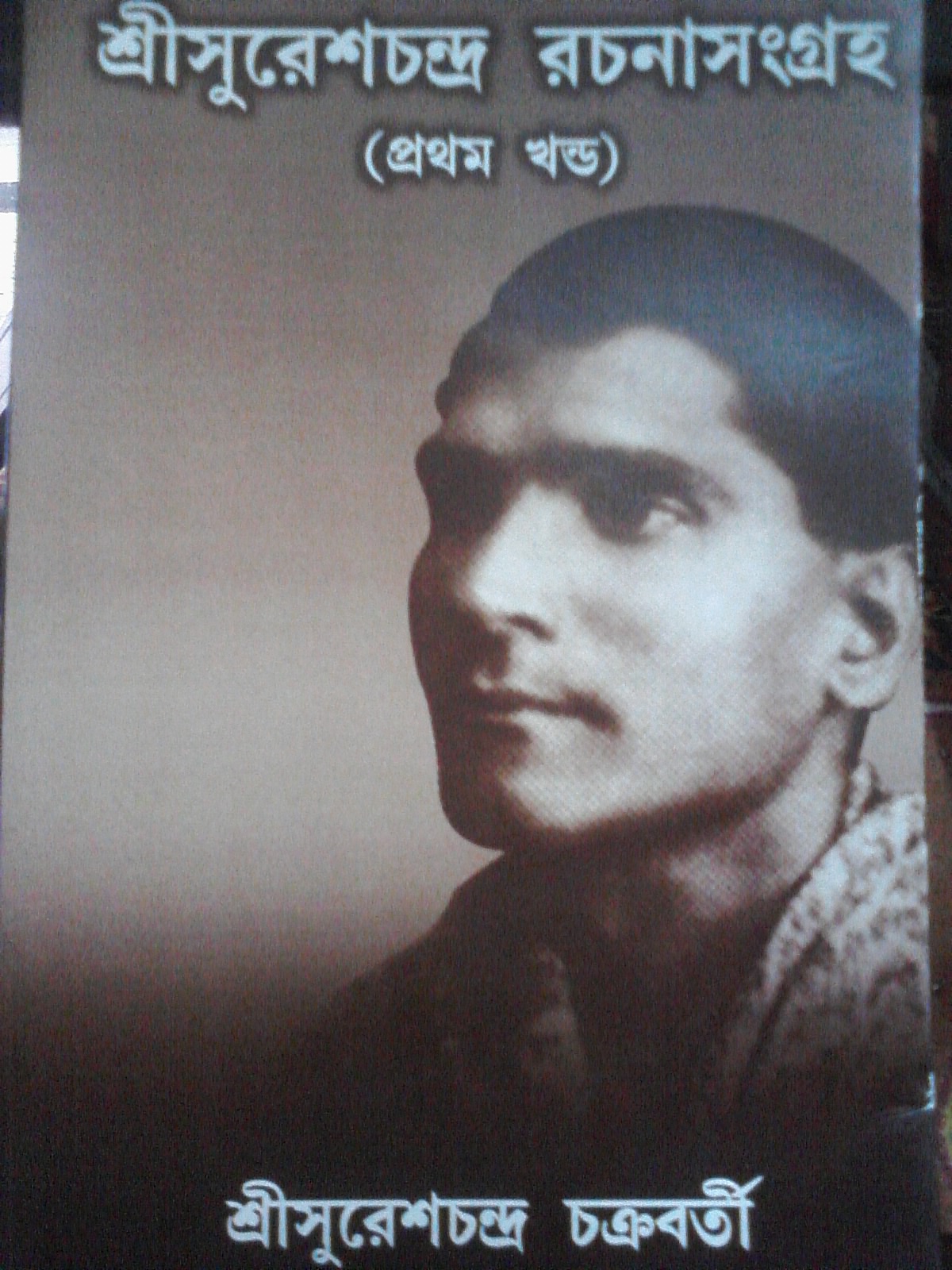 To place an order for these books please contact Shri Dipak Gupta at the following phone numbers: