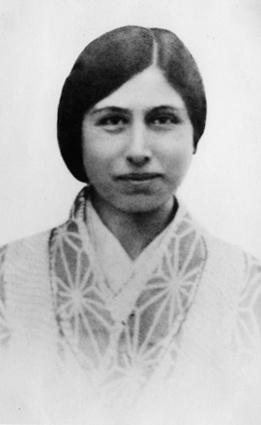 The Mother arrived at Pondicherry for the first time on 29 March 1914. Eleven months later, on 22 February 1915, she—along with Paul Richard— was compelled to leave Pondicherry due to the outbreak of the First World War. They reached Colombo on the Dupleix of the Messageries Maritimes and boarded the Japanese ship “Kamo Maru” on 26 February. On 18 March they reached Paris and left the city again on the 29th, travelling to Lunel in the south of France. They returned to Paris in November 1915 where they stayed till March 1916. On 11 March they boarded “Kamo Maru” (the same ship which had brought them to France) and sailed for Japan. On 6 April the “Kamo Maru” dropped anchor at Table Bay and the Mother and Paul Richard visited Cape Town, the capital of South Africa, from where a postcard was sent to André Morisset, the Mother’s only son. More than a month later, on 9 and 10 May, the ship called at Shanghai, where the Mother caught a whiff of China. On 18 May the “Kamo Maru” docked at Yokohama, the largest Japanese port.

The Mother and Paul Richard spent their first year in Japan mostly in Tokyo at the residence of Dr. Shumei Okawa who was a university professor and taught Asian History. Years later, Dr. Okawa would recall about the Mother: “She had a will that moved the mountains and an intellect sharp as the edge of a sword. Her thought was clarity itself and her resolve stronger than the roots of a giant oak. Her mystic depths were deeper than the ocean, but her intellect was a plummet that could sound her deepest depths. An artist, she could paint pictures of an unearthly loveliness. A musician, she enchanted my soul when she played on an organ or guitar. A scientist, she could formulate a new Heaven and Earth, a new cosmogony. I do not know what Mirra had not become or was not able of becoming.”

In June 1916, the Mother and Paul Richard were introduced to Rabindranath Tagore, the Nobel laureate, whom they would meet again in 1919. Tagore had asked the Mother to take charge of Vishva Bharati, the educational centre he had established, but she had politely declined the offer. As a mark of his regard for her, Rabindranath had presented his typewriter to the Mother.

From Tokyo the Mother shifted to Kyoto where she and Paul Richard befriended Dr. Kobayashi and his wife Nobuko. Many decades later, Nobuko Kobayashi would remark about the Mother: “She came here to learn Japanese and to be one of us. But we had so much to learn from her and her charming and unpredictable ways… She revered a master from the ancient land of the Buddha… I loved her dearly. Have you seen those lovely Wisteria flowers trailing down the roof of the Kasuga shrine at Nara? We call them hooji. My friend loved those flowers. She was one with them. She called herself Hoojiko when she thought of having a Japanese name… She is the Mother to you, but always a dear, dear friend of mine. It was my great good fortune that, in this strange but explicable world, I should have met this jewel of my heart and this friend of my soul. The perfume of those two years, when we lived like twin roses on the same stalk, lingers like incense around the divine altar and sways serenely in the sanctuary of my mind.”

After spending four years in Japan, with the help of the Japanese government the Mother and Paul Richard obtained their travel documents and left for Pondicherry in March 1920 and reached the town on 24 April.

The complete set of photographs of the Mother taken on various occasions in France has been published in the website of Overman Foundation. 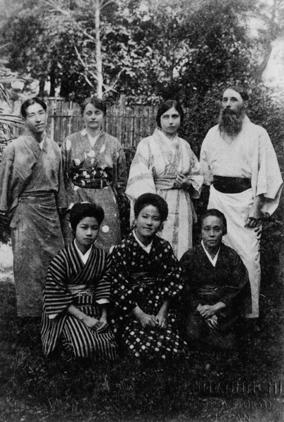 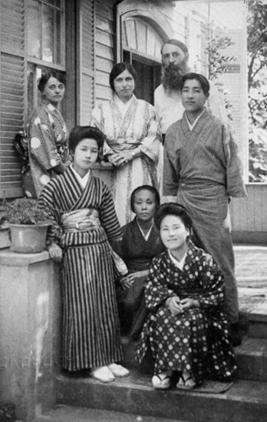 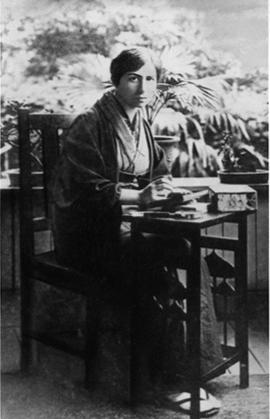 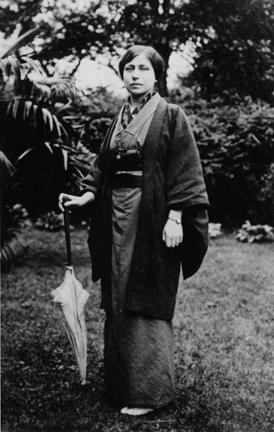 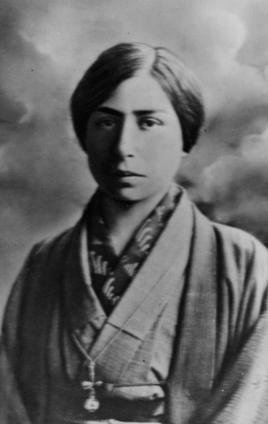 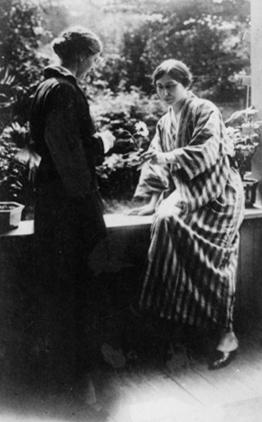 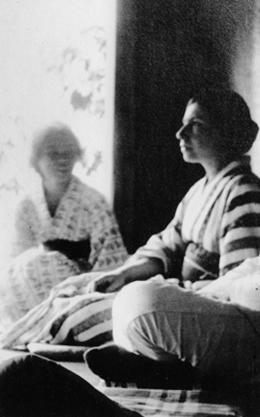 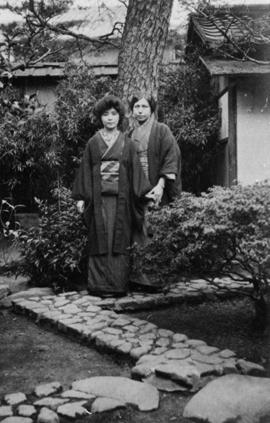 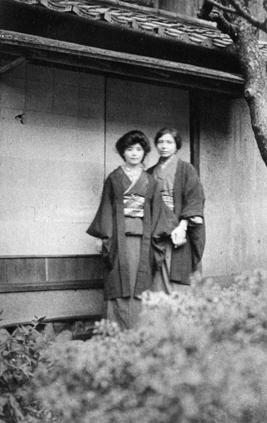 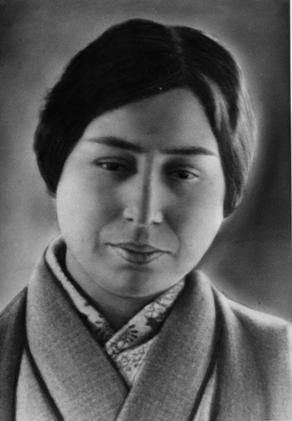 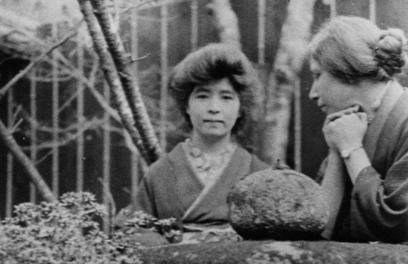 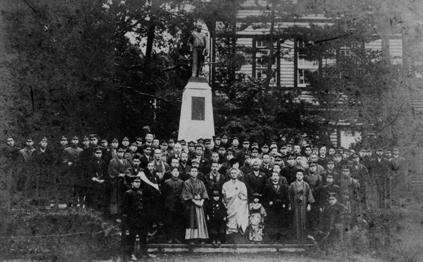 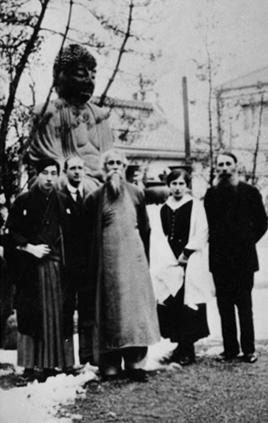 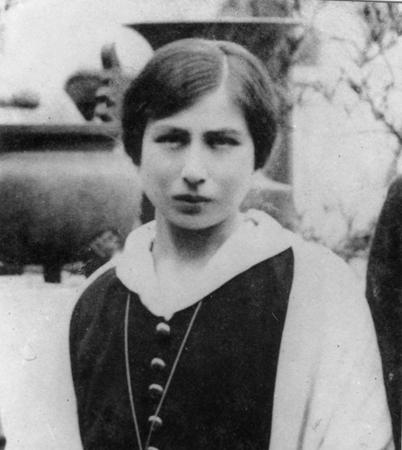 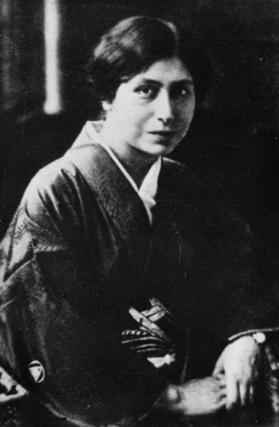 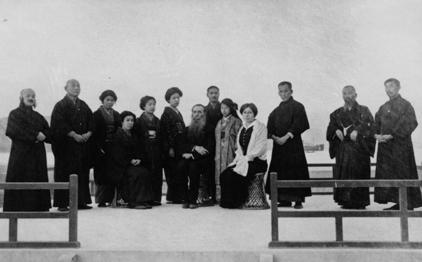